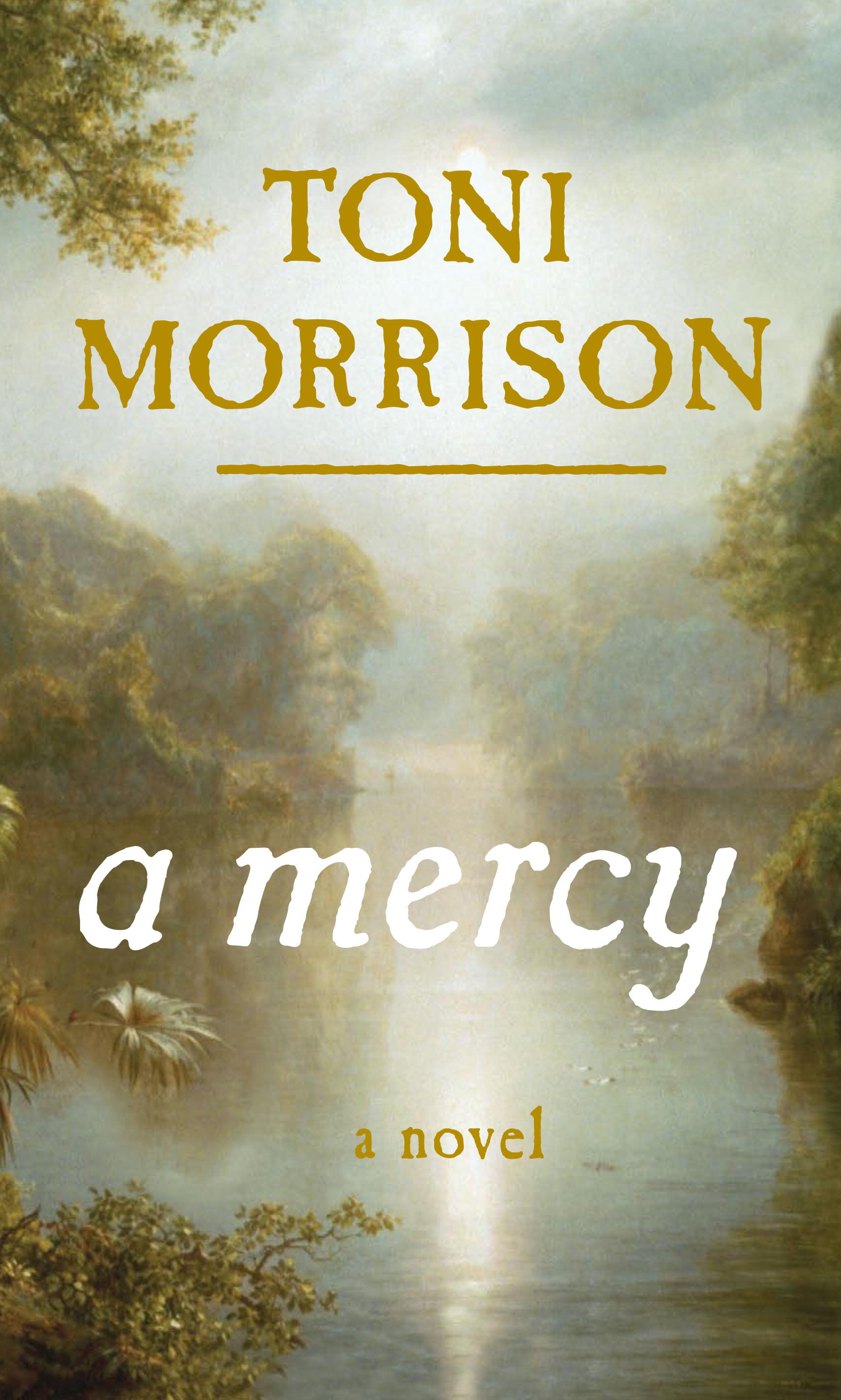 In the 1680s the slave trade in the Americas is still in its infancy. Jacob Vaark is an Anglo-Dutch trader and adventurer, with a small holding in the harsh North. Despite his distaste for dealing in “flesh,” he takes a small slave girl in part payment for a bad debt from a plantation owner in Catholic Maryland. This is Florens, who can read and write and might be useful on his farm. Rejected by her mother, Florens looks for love, first from Lina, an older servant woman at her new master’s house, and later from the handsome blacksmith, an African,

In the 1680s the slave trade in the Americas is still in its infancy. Jacob Vaark is an Anglo-Dutch trader and adventurer, with a small holding in the harsh North. Despite his distaste for dealing in “flesh,” he takes a small slave girl in part payment for a bad debt from a plantation owner in Catholic Maryland. This is Florens, who can read and write and might be useful on his farm. Rejected by her mother, Florens looks for love, first from Lina, an older servant woman at her new master’s house, and later from the handsome blacksmith, an African, never enslaved, who comes riding into their lives.

A Mercy reveals what lies beneath the surface of slavery. But at its heart, like Beloved, it is the ambivalent, disturbing story of a mother and a daughter-a mother who casts off her daughter in order to save her, and a daughter who may never exorcise that abandonment.

Toni Morrison is the Robert F. Goheen Professor of Humanities, Emerita, at Princeton University. She has received the National Book Critics Circle Award and the Pulitzer Prize. In 1993 she was awarded the Nobel Prize in Literature. She lives in Rockland County, New York, and Princeton, New Jersey.

“A Mercy conjures up the beautiful, untamed, lawless world that was America in the seventeenth-century with the same sort of lyrical, verdant prose that distinguished [Beloved]. . . . A heartbreaking account of lost innocence and fractured dreams. . . . One of Morrison’s most haunting works yet.”—Michiko Kakutani, The New York Times

“A triumph . . . In [A Mercy,] Morrison takes you to a dark world in which women, White or Black, have little power. In the American wilderness of the late 1600s, danger has many faces. . . . Gorgeously written and haunted.”—The Arizona Republic

“In this brutal, well-crafted story, Morrison offers a nuanced explanation of a mercy that forgives those who enslave us, both literally and emotionally.”—Christina Saratsis, Marie Claire

Florens addresses her story to the blacksmith she loves and writes: “You can think what I tell you a confession, if you like, but one full of curiosities familiar only in dreams and during those moments when a dog’s profile plays in the steam of a kettle” (page 3). In what sense is her story a confession? What are the dreamlike “curiosities” it is filled with?

Florens writes to the blacksmith, “I am happy the world is breaking open for us, yet its newness trembles me” (page 5), and later, “Now I am knowing that unlike with Senhor, priests are unlove here” (page 7). In what ways is Florens’s use of language strikingly eccentric and poetic? What does the way she speaks and writes reveal about who she is and what her experience has been?

What does A Mercy reveal about Colonial America that is startling and new? In what ways does Morrison give this period in our history an emotional depth that cannot be found in text books?

A Mercy is told primarily through the distinctive narrative voices of Florens, Lina, Jacob, Rebekka, Sorrow, and, lastly, Florens’s mother. What do these characters reveal about themselves through the way they speak? What are the advantages of such a multivocal narrative over one told through a single voice?

Jacob Vaark is reluctant to traffic in human flesh and determined to amass wealth honestly, without “trading his conscience for coin” (page 28). How does he justify making money from trading sugar produced by slave labor in Barbados? What larger point is Morrison making here?

How does Jacob’s attitude toward his slaves/workers differ from that of the farmer who owns Florens’s mother?

When Rebekka falls ill, Lina treats her with a mixture of herbs: devil’s bit, mugwort, Saint-John’s-wort, maidenhair, and periwinkle. She also considers “repeating some of the prayers she learned among the Presbyterians, but since none had saved Sir, she thought not” (page 50). What fundamental differences are suggested here between the practical, earth-based healing knowledge of Lina and the more ethereal prayers of the Presbyterians? What larger role does healing play in the novel?

Rebekka knows that even as a white woman, her prospects are limited to “servant, prostitute, wife, and although horrible stories were told about each of those careers, the last one seemed safest” (pages 77–78). And Lina, Sorrow, and Florens know that if their mistress dies, “three unmastered women … out here, alone, belonging to no one, became wild game for anyone” (page 58). What does the novel as a whole reveal about the precarious position of women, European and African, free and enslaved, in late-17th-century America?

Rebekka says she does not fear the violence in the colonies—the occasional skirmishes and uprisings—because it is so much less horrifying and pervasive than the violence in her home country of England. In what ways is “civilized” England more savage than “savage” America?

When Florens asks for shelter on her journey to find the blacksmith, she is taken in by a Christian widow and her apparently “possessed” daughter Jane, whose soul she is trying to save by whipping her. And Rebekka experiences religion, as practiced by her mother, as “a flame fueled by a wondrous hatred” (page 74). How are Christians depicted in the novel? How do they regard Florens, and black people generally?

Lina tells Florens, “We never shape the world… The world shapes us” (page 71). What does she mean? In what ways are the main characters in the novel more shaped by than shapers of the world they inhabit?

Why does Florens’s mother urge Jacob to take her? Why does she consider his doing so a mercy? What does her decision say about the conditions in which she and so many others like her were forced to live?

The sachem of Lina’s tribe says of the Europeans: “Cut loose from the earth’s soul, they insisted on purchase of its soil, and like all orphans they were insatiable. It was their destiny to chew up the world and spit out a horribleness that would destroy all primary peoples” (page 54). To what extent is this an accurate assessment? In what ways is A Mercy about the condition of being orphaned? What is the literal and symbolic significance of being orphaned or abandoned in the novel?

Why does Morrison choose to end the novel in the voice of Florens’ s mother? How does the ending alter or intensify all that has come before it?

Why is it important to have a visceral, emotional grasp of what life was like, especially for Africans, Native Americans, and women, in Colonial America? In what ways has American culture tried to forget or whitewash this history?

Did you see the stunning twist at the novel’s conclusion coming? If so, when and why? If not, why do you think it blindsided you?