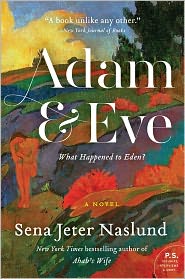 Hours before his untimely—and highly suspicious—death, world-renowned astrophysicist Thom Bergmann shares his discovery of extraterrestrial life with his wife, Lucy. Feeling that the warring world is not ready to learn of—or accept—proof of life elsewhere in the universe, Thom entrusts Lucy with his computer flash drive, which holds the keys to his secret work.

Devastated by Thom’s death, Lucy keeps the secret, but Thom’s friend, anthropologist Pierre Saad, contacts Lucy with an unusual and dangerous request about another sensitive matter. Pierre needs Lucy to help him smuggle a newly discovered artifact out of Egypt: an ancient codex concerning the human authorship of the Book of Genesis.

Hours before his untimely—and highly suspicious—death, world-renowned astrophysicist Thom Bergmann shares his discovery of extraterrestrial life with his wife, Lucy. Feeling that the warring world is not ready to learn of—or accept—proof of life elsewhere in the universe, Thom entrusts Lucy with his computer flash drive, which holds the keys to his secret work.

Devastated by Thom’s death, Lucy keeps the secret, but Thom’s friend, anthropologist Pierre Saad, contacts Lucy with an unusual and dangerous request about another sensitive matter. Pierre needs Lucy to help him smuggle a newly discovered artifact out of Egypt: an ancient codex concerning the human authorship of the Book of Genesis. Offering a reinterpretation of the creation story, the document is sure to threaten the foundation of the Jewish, Christian, and Muslim religions . . . and there are those who will stop at nothing to suppress it.

Midway through the daring journey, Lucy’s small plane goes down on a slip of verdant land between the Tigris and Euphrates rivers in the Middle East. Burned in the crash landing, she is rescued by Adam, a delusional American soldier whose search for both spiritual and carnal knowledge has led to madness. Blessed with youth, beauty, and an unsettling innocence, Adam gently tends to Lucy’s wounds, and in this quiet, solitary paradise, a bond between the unlikely pair grows. Ultimately, Lucy and Adam forsake their half-mythical Eden and make their way back toward civilization, where members of an ultraconservative religious cult are determined to deprive the world of the knowledge Lucy carries.

Set against the searing debate between evolutionists and creationists, Adam & Eve expands the definition of a “sacred book,” and suggests that true madness lies in wars and violence fueled by all religious literalism and intolerance. A thriller, a romance, an adventure, and an idyll, Adam & Eve is a tour de force by a master contemporary storyteller.

Sena Jeter Naslund is the daughter of a physician father and a musician mother that grew up in Birmingham, Alabama, with two older brothers: Marvin D. Jeter, an archaeologist and author of Edward Palmer’s Arkansaw Mounds; and John Sims Jeter, a retired engineer and author of the novel And the Angels Sang.The Jeter family also lived briefly in Loredo, West Virginia, and Jackson, Louisiana. Naslund attended public schools, Norwood Elementary and Phillips High School, in Birmingham and graduated from Birmingham Southern College where she received the B.B. Comer Medal in English. She earned a Master’s Degree and a doctorate from the University of Iowa Writers’ Workshop.

Kentucky Poet Laureate during 2005–2006, Naslund is currently Writer in Residence and Distinguished Teaching Professor at the University of Louisville, Program Director of the Spalding University brief-residency Master of Fine Arts in Writing, and editor of Spalding’s Fleur-de-Lis Press and The Louisville Review, which she founded in 1976. She has also taught at the University of Montana, Indiana University (Bloomington), Vermont College, and the University of Montevallo, where she held the Paschal P. Vacca Chair of Liberal Arts with her husband John C. Morrison, a theoretical atomic physicist and coauthor of Many-Body Electron Theory. Sena Jeter Naslund was also Visiting Eminent Scholar at the University of Alabama in Huntsville.

Her six earlier books include the short story collections Ice Skating at the North Pole and The Disobedience of Water, and the novels The Animal Way to Love, Sherlock in Love, Ahab’s Wife, and Four Spirits. With Elaine W. Hughes, Naslund is coauthor of a stage version of her civil rights novel Four Spirits, commissioned by the Alabama Shakespeare Festival Theatre and fully produced at the University of Alabama-Huntsville. Naslund is a recipient of the Harper Lee Award, the Hall-Waters Southern Prize, the Southeastern Library Association Award, and the Alabama Library Association Award, and she has held grants from the National Endowment for the Arts, the Kentucky Foundation for Women, the Kentucky Arts Council, and the University of Louisville.

Her work has been reprinted in Australia and in the United Kingdom, where Ahab’s Wife was a finalist for the Orange Prize, and translated into German, Hebrew, Japanese, Korean, Polish, Danish, Greek, and Spanish.

She lives in Louisville, Kentucky, and has a daughter, Flora Naslund, who is a student in the Bachelor of Fine Arts Program at the University of Louisville.

“This thriller is rich in brilliant discourses on religion, fanaticism, the meaning of ancient cave art, the speculative future, and love.”
—Library Journal

“Exceptional…A richly detailed portrait of an opulent, turbulent time, revealing the Queen’s journey from frivolity to responsibility, and from palace to prison cell to be one of striking beauty and terrible loss. 4 stars.”—People

“This is a wonderful, wonderful novel …[Naslund] has blown a deep breath of life into Four Spirits.”—Detroit Free Press

“Filled with the fear Naslund witnessed, the characters …come to life ….Naslund succeeds splendidly in making history a page-turner.”—USA Weekend

What are the implications of Naslund’s title Adam & Eve? Why did she use an ampersand instead of the word and? Why do you think she set the novel in the year 2020, “the year of clear vision”?

“What happened to Eden?” is a question central to the book. How would you answer it? What are your thoughts about the Genesis story? What truths does it hold for Lucy (the novel’s heroine and “Eve” of the title)? What creation story does she believe in?

Why would the discovery of proof of extraterrestrial life be threatening to some people? How might it affect how we consider our identity, our ideas about being human?

How does Lucy’s background as an art therapist help her in dealing with Adam? Why does he insist on calling her Eve? How do Naslund’s characters compare to the characters in the Biblical Genesis story? What propels Lucy and Adam to finally leave Eden? Should they have stayed?

Describe the Eden of Adam & Eve. If you could create your own paradise, what would it be like? In what way is this Eden a paradise for Lucy? What about Adam? What happens when a third person, Riley, appears in Eden? What about the feral boy?

In Adam & Eve, Perpetuity is a group of “protectors of faith” comprised of literalist Jews, right-wing Christians, and Muslim extremists. Why do some religious people submit to the mindset of various extremists? What drives a zealotry that fosters man’s inhumanity to man? Pierre Saad tells Lucy, “If the Jews, the Christians, the Muslims learn nothing new about their own origins—the mutual origins of their religions—we will have another world war. There will not be enough humanists or people of simple reason to stop them. Each faith will call it a Holy War, and the carnage, the bloodshed of the Medieval Crusades and the more recent European Holocaust will pale in comparison.” Do you agree with Pierre’s outlook? Are we headed for a “Holy War? How can we stop it? Why is so much bloodshed tied to religion?

When they get to France, Pierre shows Lucy and Adam the rare cave paintings that were the first human drawings ever discovered. What do the drawings signify? What is their role in Naslund’s story? How do they relate to the codex and to the flash drive that Lucy carries?

Late in the novel Lucy remarks, “We must not repeat Cain and Abel billions of times. Sin was the joint failure of Adam and Eve to teach their sons the sacredness of life.” Is she correct? Is violence—not disobedience, or knowledge of good and evil, or lust—”original sin?” What do you think of as original sin or as a universal root of human imperfection?