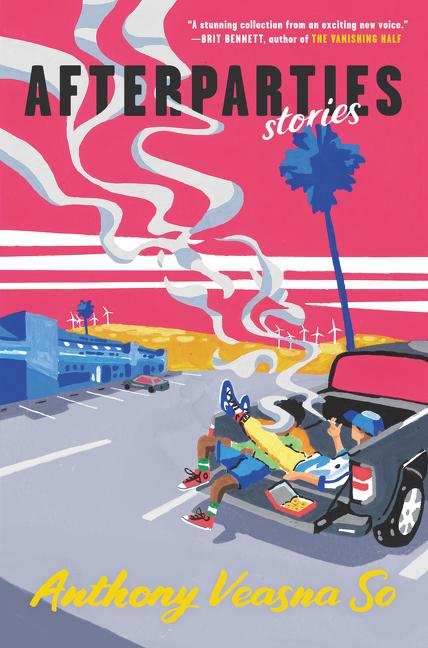 A vibrant story collection about Cambodian-American life—immersive and comic, yet unsparing—that offers profound insight into the intimacy of queer and immigrant communities

Seamlessly transitioning between the absurd and the tenderhearted, balancing acerbic humor with sharp emotional depth, Afterparties offers an expansive portrait of the lives of Cambodian-Americans. As the children of refugees carve out radical new paths for themselves in California, they shoulder the inherited weight of the Khmer Rouge genocide and grapple with the complexities of race, sexuality, friendship, and family.

A vibrant story collection about Cambodian-American life—immersive and comic, yet unsparing—that offers profound insight into the intimacy of queer and immigrant communities

Seamlessly transitioning between the absurd and the tenderhearted, balancing acerbic humor with sharp emotional depth, Afterparties offers an expansive portrait of the lives of Cambodian-Americans. As the children of refugees carve out radical new paths for themselves in California, they shoulder the inherited weight of the Khmer Rouge genocide and grapple with the complexities of race, sexuality, friendship, and family.

A high school badminton coach and failing grocery store owner tries to relive his glory days by beating a rising star teenage player. Two drunken brothers attend a wedding afterparty and hatch a plan to expose their shady uncle’s snubbing of the bride and groom. A queer love affair sparks between an older tech entrepreneur trying to launch a “safe space” app and a disillusioned young teacher obsessed with Moby-Dick. And in the sweeping final story, a nine-year-old child learns that his mother survived a racist school shooter.

About Anthony Veasna So 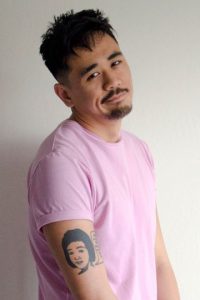 Anthony Veasna So (1992-2020) was a graduate of Stanford University and earned his MFA in fiction at Syracuse University. His writing has appeared in or is forthcoming in the New Yorker, The Paris Review n+1, Granta, and ZYZZYVA. A native of Stockton, California, he taught at Colgate University, Syracuse University, and the Center for Empowering Refugees and Immigrants in Oakland, California.

“Even when these stories are funny and hopeful, an inescapable history is always waiting.”–Kirkus Reviews

“So (1992–2020) conjures literary magic in his hilarious and insightful posthumous debut, a collection that delves into a tightly knit community of Cambodian-American immigrants in California’s Central Valley….After this immersive introduction to the Central Valley community, readers won’t want to leave.”–Publishers Weekly

“A wildly energetic, heartfelt, original debut by a young writer of exceptional promise. These stories, powered by So’s skill with the telling detail, are like beams of wry, affectionate light, falling from different directions on a complicated, struggling, beloved American community.”-George Saunders, author of Lincoln in the Bardo

“One of the most exciting contributions to Asian American literature in recent years…These stories are funny without being satirical, refreshingly realist, and generous in their levity.”–Vulture

“An electric debut from new literary talent Anthony Veasna So, Afterparties zooms in on the complexities of growing up as the children of Cambodian refugees in California. With a surprising blend of biting wit and raw emotion, So stitches together tales of immigration, identity, queerness, and violence in a collection as bright and breathtaking as its cover.”–Elle

The first night the man orders an apple fritter, it is three in the morning, the streetlamp is broken, and California Delta mist obscures the waterfront’s run-down buildings, except for Chuck’s Donuts, with its cool fluorescent glow. “Isn’t it a bit early for an apple fritter?” the owner’s twelve-year-old daughter, Kayley, deadpans from behind the counter, and Tevy, four years older, rolls her eyes and says to her sister, “You watch too much TV.”

The man ignores them both, sits down at a booth, and proceeds to stare out the window, at the busted potential of this small city’s downtown. Kayley studies the man’s reflection in the window. He’s older but not old, younger than her parents, and his wiry mustache seems misplaced, from a different decade. His face wears an expression full of those mixed-up emotions that only adults must feel, like plaintive, say, or wretched. His light-gray suit is disheveled, his tie undone.

An hour passes. Kayley whispers to Tevy, “It looks like he’s just staring at his own face,” to which Tevy says, “I’m trying to study.”

The man finally leaves. His apple fritter remains untouched on the table.

“What a trip,” Kayley says. “Wonder if he’s Cambodian.”

“Not every Asian person in this city is Cambodian,” Tevy says.

Approaching the empty booth, Kayley examines the apple fritter more closely. “Why would you come in here, sit for an hour, and not eat?”

Tevy stays focused on the open book resting on the laminate countertop.

Their mom walks in from the kitchen, holding a tray of glazed donuts. She is the owner, though she isn’t named Chuck—her name is Sothy—and she’s never met a Chuck in her life; she simply thought the name was American enough to draw customers. She slides the tray into a cooling rack, then scans the room to make sure her daughters have not let another homeless man inside.

“How can the streetlamp be out?” Sothy exclaims. “Again!” She approaches the windows and tries to look outside but sees mostly her own reflection—stubby limbs sprouting from a grease-stained apron, a plump face topped by a cheap hairnet. This is a needlessly harsh view of herself, but Sothy’s perception of the world becomes distorted when she stays in the kitchen too long, kneading dough until time itself seems measured in the number of donuts produced. “We will lose customers if this keeps happening.”

“It’s fine,” Tevy says, not looking up from her book. “A customer just came in.”

“Yeah, this weird man sat here for, like, an hour,” Kayley says.

“How many donuts did he buy?” Sothy asks.

“Just that,” Kayley says, pointing at the apple fritter still sitting on the table.

Tevy looks up from her book. “They aren’t gonna answer.”

“Leave a message,” Sothy says, glaring at her older daughter.

“I bet we can resell this apple fritter,” Kayley says. “I swear, he didn’t touch it. I watched him the whole time.”

“Kayley, don’t stare at customers,” Sothy says, before returning to the kitchen, where she starts prepping more dough, wondering yet again how practical it is to drag her daughters here every night. Maybe Chuck’s Donuts should be open during normal times only, not for twenty-four hours each day, and maybe her daughters should go live with their father, at least some of the time, even if he can hardly be trusted after what he pulled.

She contemplates her hands, the skin discolored and rough, at once wrinkled and sinewy.

They are the hands of her mother, who fried homemade cha quai in the markets of Battambang until she grew old and tired and the markets disappeared and her hands went from twisting dough to picking rice in order to serve the Communist ideals of a genocidal regime. How funny, Sothy thinks, that decades after the camps, she lives here in Central California, as a business owner, with her American-born Cambodian daughters who have grown healthy and stubborn, and still, in this new life she has created, her hands have aged into her mother’s.