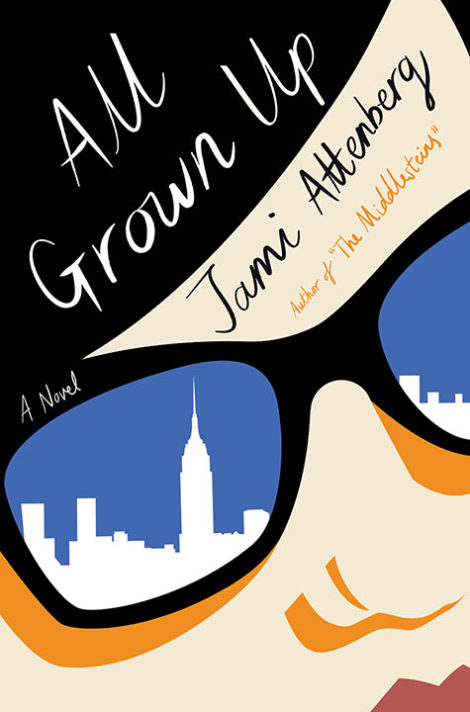 From the New York Times best-selling author of The Middlesteins comes a wickedly funny novel about a thirty-nine-year-old single, childfree woman who defies convention as she seeks connection.

Who is Andrea Bern? When her therapist asks the question, Andrea knows the right things to say: she’s a designer, a friend, a daughter, a sister. But it’s what she leaves unsaid—she’s alone, a drinker, a former artist, a shrieker in bed, captain of the sinking ship that is her flesh—that feels the most true. Everyone around her seems to have an entirely different idea of what it means to be an adult: her best friend,

From the New York Times best-selling author of The Middlesteins comes a wickedly funny novel about a thirty-nine-year-old single, childfree woman who defies convention as she seeks connection.

Who is Andrea Bern? When her therapist asks the question, Andrea knows the right things to say: she’s a designer, a friend, a daughter, a sister. But it’s what she leaves unsaid—she’s alone, a drinker, a former artist, a shrieker in bed, captain of the sinking ship that is her flesh—that feels the most true. Everyone around her seems to have an entirely different idea of what it means to be an adult: her best friend, Indigo, is getting married; her brother—who miraculously seems unscathed by their shared tumultuous childhood—and sister-in-law are having a hoped-for baby; and her friend Matthew continues to wholly devote himself to making dark paintings at the cost of being flat broke.

But when Andrea’s niece finally arrives, born with a heartbreaking ailment, the Bern family is forced to reexamine what really matters. Will this drive them together or tear them apart? Told in gut-wrenchingly honest, mordantly comic vignettes, All Grown Up is a breathtaking display of Jami Attenberg’s power as a storyteller, a whip-smart examination of one woman’s life, lived entirely on her own terms. 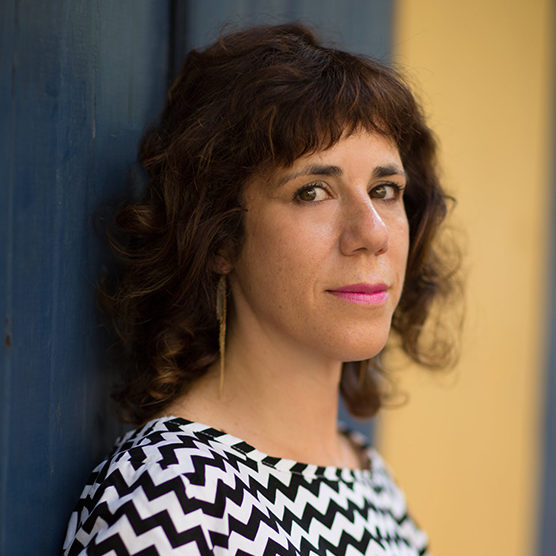 Jami Attenberg is the New York Times bestselling author of five novels, including The Middlesteins and Saint Mazie. She has contributed essays about sex, urban life, and food to The New York Times Magazine, The Wall Street Journal, The Guardian, and Lenny Letter, among other publications. She divides her time between Brooklyn and New Orleans.

“Attenberg is one of our finest contemporary storytellers, and here, with her trademark clever, witty voice, she tackles the age-old question plaguing people of all ages: When do we know if we’re actually all grown up?”—Nylon

“Deeply perceptive and dryly hilarious, Attenberg’s latest novel follows Andrea Bern: on the cusp of 40, single, child-free by choice, and reasonably content, she’s living a life that still, even now, bucks societal conventions. . . . Structured as a series of addictive vignettes—they fly by if you let them, though they deserve to be savored—the novel is a study not only of Andrea, but of her entire ecosystem. . . Wry, sharp, and profoundly kind; a necessary pleasure.”—Kirkus Reviews (starred)

“Andrea’s story is stinging, sweet, and remarkably fleshed out in relatively few pages. Attenberg follows her best-selling family novel, The Middlesteins (2012) with a creative, vivid tableau of one woman’s whole life, which almost can’t help but be a comment on all the things women ought to be and to want, which Attenberg conveys with immense, aching charm.”—Booklist (starred)

You’re in art school, you hate it, you drop out, you move to New York City. For most people, moving to New York City is a gesture of ambition. But for you, it signifies failure, because you grew up there, so it just means you’re moving back home after you couldn’t make it in the world. Spiritually, it’s a reverse commute.

For a while you live downtown with your brother and his girlfriend, in a small spare room, your bed jammed between shoe racks and a few of your brother’s guitars in cases plus a wall of books from his girlfriend’s undergraduate days at Brown. You get a job, via same girlfriend. You don’t hate the job and you don’t love the job, but you can’t sniff at a hard day’s work because you are no better than anyone else, and, in some ways, you are much, much worse. You acknowledge your privilege, and you get to work.

You start making money. You find a small, dusty, crumbling loft in a shitty waterfront neighborhood in Brooklyn. It has one floor-to-ceiling window, a tiny Empire State Building in the distance framed beautifully within it. Now you are home. Everyone in your life breathes easier. She’s safe now, they all think. At no point does anyone say to you, “So you’ve stopped making art?” It is because they don’t want to know the answer or they don’t care or they are scared to ask you because you scare them. Whatever the case, everyone is complicit in this, this new, non-art-making phase of your life. Even though it was the thing you loved most in the world.

But you have a little secret: while you are not making Art anymore you are at least drawing every day. To tell anyone about this would be admitting there is a hole in your life, and you’d rather not say that out loud, except in therapy. But there you are, once a day, drawing the same thing over and over: that goddamned Empire State Building. You get up every morning (or afternoon, on the weekends, depending on the hangover), have a cup of coffee, sit at the card table near the window, and draw it, usually in pencil. If you have time, you’ll ink it. Sometimes, if you are running late for work, you do it at night instead, and then you add color to the sketches, to reflect the building’s ever-changing lights. Sometimes you draw just the building and sometimes you draw the buildings around it and sometimes you draw the sky and sometimes you draw the bridge in the foreground and sometimes you draw the East River and sometimes you draw the window frame around the whole scene. You have sketchbooks full of these drawings. You could draw the same thing forever, you realize. No man ever steps in the same river twice, for it’s not the same river, and he’s not the same man is a thing you read once. The Empire State Building is your river. And you don’t have to leave your apartment to step in it. Art feels safe for you again, even though you know you are not getting any better at it, that the work you are making could be sold to tourists on a sidewalk outside of Central Park on a sunny Saturday and that’s about it. That there’s no challenge to it, no message, just your view, on repeat. But this is all you can do, this is all you have to offer, and it is just enough to make you feel special.

You do this for six years. Brooklyn apartment in a changing neighborhood, why move when the rent is so cheap? Mediocre but well-paying job at which you excel; you receive a few small promotions. Volunteer work here and there. You march where your activist mother tells you to march. Pointless sketchbooks pile up on the bottom row of a bookshelf. Barely scratching a feverish itch. You also drink plenty and for a long time use, too, coke and ecstasy mainly, although sometimes pills to bring you down at the end of the night. Another way to scratch the itch. There are men also, in your bed, in your world, foggily, but you are less interested in them than in muffling the voice in your head that says you are doing absolutely nothing with your life, that you are a child, that the accoutrements of adulthood are bullshit, they don’t mean a goddamn thing, and you are trapped between one place and another and you always will be unless something forces you to change. And also, you miss making art.

Other people you know seem to change quite easily. They have no problem at all with succeeding at their careers and buying apartments and moving to other cities and falling in love and getting married and hyphenating their names and adopting rescue cats and, finally, having children, and then documenting all of this meticulously on the internet. Really, it appears to be effortless on their part. Their lives are constructed like buildings, each precious but totally unsurprising block stacked before your eyes.

Your favorite thing is when a friend asks to meet you for a drink, a friend you have had a million drinks with in your life, and then, when you get to the bar, your friend stares at the menu and orders nothing, and you are forced to say, “Aren’t you drinking?” and she says, “I wish,” and she pauses dramatically and you know exactly what’s coming next: she’s about to tell you she’s pregnant. And there is this subtext that you are lucky because you can still drink, and she’s unlucky because she can’t drink, she has this dumb baby in her. What a stupid fucking baby. In her.

Eventually your brother and his wife get pregnant, and you can’t hate on that because it’s family, and also they’ve always been incredibly kind to you, your brother and you particularly bonded because of your father’s young demise, an overdose. You throw a baby shower, at which you drink too many mimosas and cry in the bathroom, but you are pretty sure no one notices. It’s not that you want a baby, or want to get married, or any of it. It’s not your bag. You just feel tired for some reason. Tired of the world. Tired of trying to fit in where you don’t. You go home that night and draw the Empire State Building and you feel hopeful doing this thing you love to do, so hopeful you look up online what tonight’s colors mean ?— ?the lights are green and blue ?— ?and find out it’s in honor of National Eating Disorders Day and you get depressed all over again even though you’ve never had an eating disorder in your life.

Nine months come and go, a baby could be born at any minute. You call your brother to find out when exactly, but they’ve been using a hippie-dippie midwife and he says, “We don’t know yet. Could be another week.” You are suddenly aswirl with enthusiasm. It’s going to be a girl. “Call me whenever you hear anything, anything at all,” you tell him. Then you have three intensely dull, soul-deadening afternoon meetings in a row and after that you are moved to a new cube, which you must share with a freshly hired coworker who is thirteen years younger than you and is hilarious and loud and pretty and is probably making half of what you make but still spends it all on tight dresses. It is a Friday. You go out for drinks in your neighborhood. You get lit. Then you call your dealer, whom you haven’t called in a few years. You can’t believe the number still works. He says, “It’s been a while since we last met.” You say, “I’ve been busy,” as if you need to justify why you’re not doing drugs anymore.