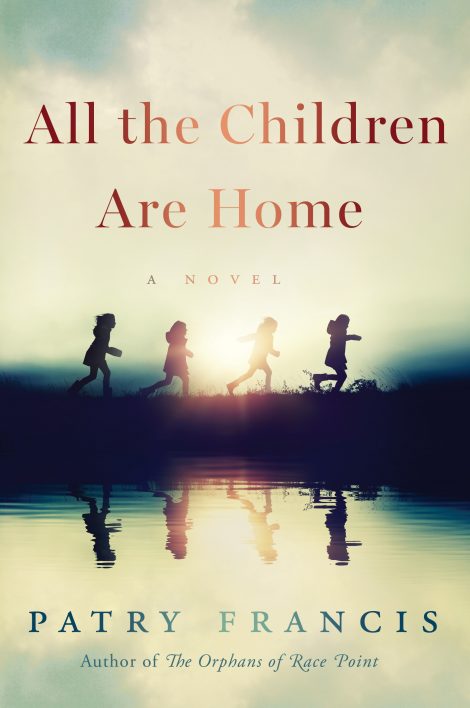 ALL THE CHILDREN ARE HOME

A sweeping saga in the vein of Ask Again, Yes following a foster family through almost a decade of dazzling triumph and wrenching heartbreak—from the author of The Orphans at Race Point.

Set in the late 1950s through 1960s in a small town in Massachusetts, All the Children Are Home follows the Moscatelli family—Dahlia and Louie, foster parents, and their long-term foster children Jimmy, Zaidie, and Jon—and the irrevocable changes in their lives when a six-year-old indigenous girl, Agnes,  comes to live with them.

When Dahlia decided to become a foster mother,

A sweeping saga in the vein of Ask Again, Yes following a foster family through almost a decade of dazzling triumph and wrenching heartbreak—from the author of The Orphans at Race Point.

Set in the late 1950s through 1960s in a small town in Massachusetts, All the Children Are Home follows the Moscatelli family—Dahlia and Louie, foster parents, and their long-term foster children Jimmy, Zaidie, and Jon—and the irrevocable changes in their lives when a six-year-old indigenous girl, Agnes,  comes to live with them.

When Dahlia decided to become a foster mother, she had a few caveats: no howling newborns, no delinquents, and above all, no girls. A harrowing incident years before left her a virtual prisoner in her own home, forever wary of the heartbreak and limitation of a girl’s life.

Eleven years after they began fostering, Dahlia and Louie consider their family complete, but when the social worker begs them to take a young girl who has been horrifically abused and neglected, they can’t say no.

Six-year-old Agnes Juniper arrives with no knowledge of her Native American heritage or herself beyond a box of trinkets given to her by her mother and dreamlike memories of her sister. As the years pass and outside forces threaten to tear them apart, the children, now young adults, must find the courage and resilience to save themselves and each other. Heartfelt and enthralling, All the Children Are Home is a moving testament to the enduring power of love in the face of devastating loss. 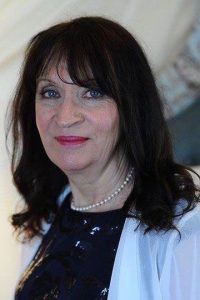 Patry Francis is the author of The Liar’s Diary and the blog 100 Days of Discipline for Writers. Her poetry and short stories have appeared in the Tampa Review, Antioch Review, Colorado Review, Ontario Review, and American Poetry Review, among other publications. She is a three-time nominee for the Pushcart Prize and has twice been the recipient of the Massachusetts Cultural Council Grant. She lives in Massachusetts.

“At the heart of Patry Francis’ brilliant new novel is a gorgeous and powerful exploration of unconditional love–masterful in scope and saturated with breathtaking truths on every page. A timeless story set in the 1950s, All the Children Are Home embraces the many voices of the Moscatelli’s foster children and their foster mother—all of them harmed by trauma, abuse and, most of all—abandonment—as they wrestle with the darkest forces of humanity and forge their way toward the light.” -Jessica Keener, author of Strangers in Budapest

“Like Dahlia with her foster-children, Francis cleverly allows each character talk and move and grow at their own pace. The rhythms of the story are those of family life: the stories and relationships grow over the stretch of years, and at the end we feel as a young adult feels when they are on the brink of leaving home: we suddenly look back see it all for the first time, all in the round.” -Frances Liardet, New York Times bestselling author of We Must Be Brave

“Patry Francis has written a book with an explosion of remarkable voices. There are two hearts to the story – the wise and vulnerable children who survive and thrive in extraordinary circumstances and the foster mother who understands them in a way nobody else ever could. How Patry Francis stitches their lives together is a triumph.” -Patricia Dann, author of The Wright Sister

“A shattering story of how the human spirit can surmount any odds. Gorgeously written, profound, and so inspiring it could be a road map of how to live.” -Caroline Leavitt, New York Times Bestselling author of Pictures of You and With or Without You

“With All the Children Are Home, Patry Francis unspools the sort of heartbreak we only see in the periphery of the news: broken families, abandoned children, lives destroyed by cruelty and violence. As the Moscatelli family gains and loses an assortment of foster children, it also becomes a story that wrests hope and joy out of dark moments, reminding us that family does not require kinship. True family is built of love and perseverance. If this incredibly moving book doesn’t bring you to tears, I worry you’ve misplaced your heart.” -Bryn Greenwood, New York Times bestselling author of All the Ugly and Wonderful Things

“This moving novel grabs you by the heart right away and doesn’t let go, celebrating the strength of the children who survive tragedy, the adults who take them in and love them, and the diverse families we make not from the people we might be born to but the people who are there and care.” -Jenna Blum, New York Times bestselling author of The Lost Family and Those Who Save Us

1. After enduring horrific abuse and neglect, Agnes not only survives; she becomes the extraordinary girl/young woman we meet in the novel. What character traits allow her to overcome so much? Have you ever known anyone like that?

2. Like many foster children, Agnes and Jimmy both enter the system because of their parents’ addictions. Discuss how that legacy affects each of them. How does Dahlia try to prevent them from repeating the pattern? And how can we as a society do more to break the generational cycle?

3. In her valedictorian speech, Zaidie writes about the Moscatelli Way. What is it and how did it change their lives?

4. The foster care system has changed greatly since the fifties and sixties when the novel is set.For one thing, they were far less likely to terminate parental rights in those days. Do you think it has improved or gotten worse? What changes still need to be made?

5. How does Zaidie’s connection with her aunt and with her heritage provide her with a ballast that Jimmy, and especially Agnes, don’t have?

6. Dahlia’s trauma and the secret she keeps impacts her family in both positive and negative ways. How does it make her a better foster mother? How does it cause additional pain for her children?

7. Agnes is stalked by Mr. Dean both in her mind and in actuality for many years. Why does he refuse to let her go? And how does she ultimately free herself from him?

8. How does Dahlia’s relationship with her girls, and with the girl she herself once was, develop over the course of the novel?

9. How would you characterize Louie and Dahlia’s relationship at the beginning of the book?How does it, and your perception of it, change as the novel goes on?

10. How is the subject of race addressed in the novel?

11. In keeping with a central theme in the novel, the story ends with the unanswered questions foster children often live with: What became of Jon? Did he ever read Zaidie’s letters? And where is Maud Marie? Did the records tell the truth about her? Would you be interested in reading a sequel about these characters?

I USED TO THINK THAT IF I JUST STAYED HOME I WOULD BE SAFE. SO WHEN the chance come, I struck a deal with a boy so homely and tongue-tied no one else would have him: I’d put some kind of supper on the table and sleep in his bed every night and he’d bring me jigsaws, and teetering stacks of books from the library and never ask me to leave the house again. Louie was just nineteen. And me—I was even younger, though I hadn’t felt like a girl in a long time.

Then one night I woke up to a particular kind of lonesome, one that couldn’t be answered by him or the people who kept company with me on the TV, or the ones that moved between my books and my head and sometimes deeper. It was the ache that wants a child, and no matter how I tried to shoo it out, it wouldn’t leave.

That’s when I found out there was no safe place. That even locked up in my six rooms, I’d never stopped traveling. And what’s more, there was some kind of unseen direction to it all. What it was—and why—well, I wouldn’t begin to understand that till the kids were practically grown. And most I don’t expect to know in this lifetime.

But once I got a glimpse, everyone looked different. Louie and the boy my loneliness drug to the door and all the rest that followed. It was like there was a radiance to them. I only wish I’d seen it sooner. I only wish everyone could see it.

THE DAY SHE CAME TO TAKE ME AWAY THE SKY WAS PURE WHITE. I sat on my crate by the window, wishing for snow so I could watch the kids next door play in it. Every time they opened up their mouths to taste it, I opened mine, too. It made me forget the bad thing I had done. But the snow never came, and neither did the kids.

I took out the secret box I hid in a corner of the attic, and I touched my presents one by one: a glass stone so clear the blue showed through when I held it up to the window, a broke whistle, a wishbone, and a tiny doll with hair the color of mine. I tried to open her eyes to see if they looked like me, too, but they were sewed shut forever.

When I heard Mrs. Dean calling my name on the stairs, I snapped my box shut and put it back in its hiding place. The door flung open.

“You better come down. Someone’s here for you.”

Someone? Was it the one who used to bring me presents? I didn’t dare ask.

Downstairs, a lady I’d never seen before sat on the edge of the couch. She patted the spot next to her and made a face like a smile. “Hello, Aggie.”

I stood in the middle of the room, looking at the floor till she got up and crouched beside me—so close I could smell the stuff she sprayed on herself when she got out of the tub. She was talking, too, but all I heard was Mrs. Dean’s voice inside my head. You touched my Jean Naté, didn’t you? Don’t lie to me!

The lady said something about the ’vestigation, that word Mr. and Mrs. Dean had been saying every day. It made my bad hand ache worse. “I’m here to take you to a new home. Just temporarily. Do you know what that means?”

I studied the pink swirls in the carpet, trying not to think of the day I lied about the Jean Naté or the other thing I did. The worser one that started up the ’vestigation. Did she really expect me to answer?

“You’ll be staying with the Moscatellis until we can find you a more permanent family.”

The color of her coat reminded me of the tree outside my window when the daddy next door came home from work and the light poured through. I wanted to touch it, but I knew better.

Mrs. Dean had folded my clothes into a pile and packed them neatly into a paper sack with a red lollipop on top. It was the first sweet she’d ever given me. When she held out the bag, I closed my eyes and dreamed the word no.