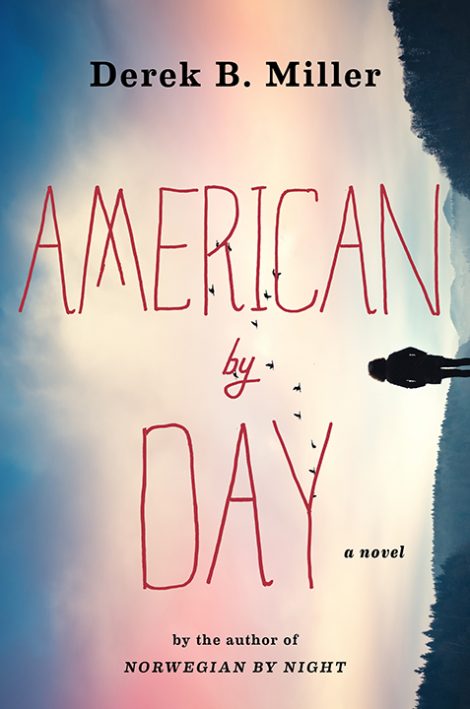 A gripping and timely novel that follows Sigrid—the dry-witted detective from Derek B. Miller’s best-selling debut Norwegian by Night—from Oslo to the United States on a quest to find her missing brother

She knew it was a weird place. She’d heard the stories, seen the movies, read the books. But now police Chief Inspector Sigrid Ødegård has to leave her native Norway and actually go there; to that land across the Atlantic where her missing brother is implicated in the mysterious death of a prominent African-American academic. AMERICA.

Sigrid is plunged into a United States where race and identity,

A gripping and timely novel that follows Sigrid—the dry-witted detective from Derek B. Miller’s best-selling debut Norwegian by Night—from Oslo to the United States on a quest to find her missing brother

She knew it was a weird place. She’d heard the stories, seen the movies, read the books. But now police Chief Inspector Sigrid Ødegård has to leave her native Norway and actually go there; to that land across the Atlantic where her missing brother is implicated in the mysterious death of a prominent African-American academic. AMERICA.

Sigrid is plunged into a United States where race and identity, politics and promise, reverberate in every aspect of daily life. Working with—or, if necessary, against—the police, she must negotiate the local political minefields and navigate the backwoods of the Adirondacks to uncover the truth before events escalate further.

Refreshingly funny, slyly perceptive, American by Day secures Derek B. Miller’s place as one of our most imaginative and entertaining novelists.

About Derek B. Miller

Derek B. Miller has worked on international peace and security for think tanks, diplomatic missions, and the United Nations. His first novel, Norwegian by Night, was an Indies Choice Honor Book, Economist best book of 2013, and a winner of the Crime Writers’ Association’s John Creasey Dagger Award. His second novel, The Girl in Green, was published in 2017. Born and raised in Boston, Miller has lived abroad for more than fifteen years, in Norway, Switzerland, Britain, Israel, and Hungary. He now lives in Oslo, Norway with his wife and two children.

“Sure Derek Miller’s novels are smart and full of heart and savvy and hilarious, but even more than all of this, he’s fun.  He’s as dedicated as any writer I know to the proposition that readers should enjoy themselves, should delight in the experience of life and language.  If our hearts get broken along the way, so much the better.”—Richard Russo

“[An] outstanding crime novel…Leavened throughout with Miller’s wry reflections on Norway’s ‘chronic sense of discontentment,’ this incandescent exposé of European and American mores profoundly entertains and provokes disturbing questions about personal and societal values.”—Publishers Weekly, Starred and Boxed Review

“If Tocqueville had written a police thriller, it might look something like this engrossing and wryly humorous but also deeply serious work. [American by Day is] for fans of Miller and his previous works (e.g., The Girl in Green), which were deservedly acclaimed.”—Library Journal, Starred Review

Sigrid Ødegård’s hands rest on the unopened blue folder as she stares out the window of her office. The seal of the Politi is embossed on the front in gold, red and black, meaning that someone decided to break out the good stationery for this one. It displays no author or title but she knows what it contains and she is in no rush to read it. Only two short months ago, in June, the entire city of Oslo, Norway, was trimmed with lilacs. Sigrid’s father had once told her that the early summer flowers were her mother’s favorite, and when the season was at its peak in Hedmark, their farmhouse was filled with them: a bouquet in each bathroom, a vase on the kitchen table. Their errant petals, he said, would drift through the house after her family as they journeyed its hallways stirring them up and scattering them in their wake. This collective movement ?— ?this collective memory ?— ?however, was thirty-five years ago. Sigrid was five years old when Astrid died. Sigrid wonders, looking out over the park with its August sunbathers and running children, whether those memories are even hers. They might have been given to her by her father. And if the memories are not hers, are they less precious or, perhaps, more?

She turns her attention from the window to the blue folder.

This, she’s been informed, is the final report and verdict about the events last month that resulted in the shooting-deaths of four hostage-takers at a summer cabin near the Swedish border in the village of Glåmlia. She was the commanding officer and had made the decision to utilize the emergency response force ?— ?the Beredskapstroppen. Their assault killed three of the perpetrators. Sigrid, herself, killed the fourth.

Conscious of being watched through the glass by the prying eyes of her department, Sigrid flips open the cover but doesn’t read the words. She should have closed the blinds after she’d received the folder from the young cop who’d knocked on her door to deliver it. He was blond and looked worryingly pale despite it being late summer. She’d found his boyish face immediately annoying.

“Thanks,” she’d said, and started to close the office door.

She couldn’t think of a reason why he’d do this but she shook it to make it go away.

He seemed pleased with this and walked off.

During the past month the internal affairs department has been studying the events leading to the shootings in accordance with standard procedure. The report was standard procedure, though, only in the sense of being formalized; it was hardly common. The last time a Norwegian cop had fatally shot anyone was two years ago, in 2006, and before that it had been?.?.?. forever. A decade? It simply didn’t happen in Norway. Violent crime was very low, murder rarely happened, and when it did it was usually between people who knew each other, and most often between lovers. The man was always to blame.

Their training, at the academy, had been focused on how to deescalate a situation and gain a measure of control over it rather than rush in and encounter it. This is not what happened last month.

It was still the right call, she thought; they had taken a man, woman and child hostage. Under her fingertips, though, was the institutional wisdom of her department on the same topic. It may, or may not, be the same as her own.

They had chosen to deliver the file to her today, on Friday. Without reading it she’d never know whether the decision was sadistic or gracious.

The summer house where the shootings took place was deep in the woods behind a small field. It was a little larger than a standard hytte. It was a place intended for serenity. A hunting lodge. An escape for lovers. A moment after she had sprung from the police car with her colleague Petter, a young man emerged from the cabin ?— ?a man she had never seen before ?— ?and he ran in her direction.

To her? Toward her? At her? He was in motion, that was all she understood. His motive was opaque. Her fear and his direction, however, were not.

As she watched him she’d half expected him to stop. People usually change their behavior when seeing a police officer. They drive more slowly. They become more aware of their actions. They drop the weapon. They raise their arms.

She saw the carving knife in his hand immediately. It seemed less dangerous than it did incongruous. There they were, in that beautiful season when the natural world was at its most expansive; the moment Norwegians wait for and dream about all through the dark year so that its arrival is both blessed and wistful for being so short. And there he was, silently running toward her with a knife designed to slice meat.

If she’d delayed he’d have been on top of her. So she shot him. And then she shot him again.

“Screw it,” she mutters in her native language and starts reading the file.

His name was Burim and was from Kosovo, apparently. His family fled to Norway as refugees from the war in the 1990s. His father had died of health complications after being freed from a Serbian internment camp. The report attributes the death to malnutrition and damage to internal organs likely caused by beatings at the camp. Young Burim, fatherless, had fallen into the wrong crowd in Oslo as he failed to assimilate into Norwegian culture. His immigrant experience and his behavioral patterns in Norway ?— ?concluded a forensic psychologist ?— ?suggested immaturity rather than malice or ambition. That was who she had killed.

However, the report continued to explain that the legal findings about her own guilt or innocence in the matter were based on a study of the facts of the case, and the circumstances of the encounter between the assailant (him) and the officer on the scene (her). She reads about the events that were in part described through Petter’s own testimony as he had eyewitnessed the shooting from his side of the patrol car.

The report contains a narrative account of the shooting. To Sigrid it reads like historical fiction. It is a story about a woman with her own name but this fictional character is clearly not Sigrid herself because the author of this story wasn’t at the cabin when all this happened. There was no video and other than Petter no witnesses. How could anyone possibly know what she’d really been doing let alone thinking?

Sigrid flips to the next page and reads on.

On what basis does this bureaucratic reenactment draw its claims and attributions of cause and effect? Who is this writer who drew conclusions what happened at the moment Sigrid pulled the trigger on her weapon? And who is this forty-year-old Norwegian police officer named “Sigrid Ødegård” who shot the man and instead of rushing over to care for his wounds, ran instead to the eighty-two-year-old American man who had tumbled out of the cabin, his neck slashed with a knife?