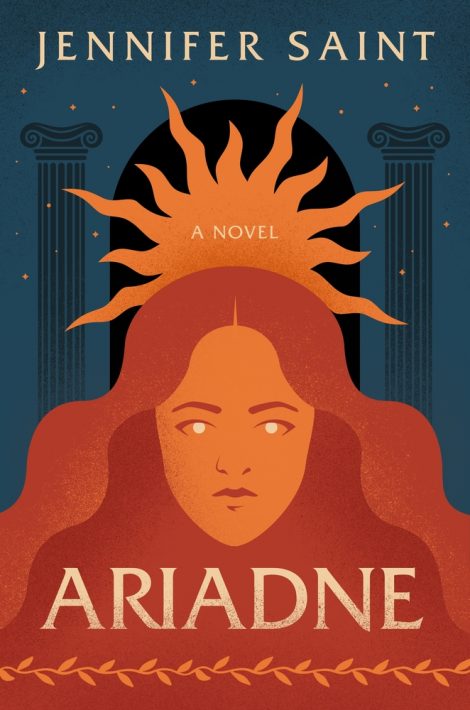 A mesmerizing debut novel for fans of Madeline Miller’s Circe.

Ariadne, Princess of Crete, grows up greeting the dawn from her beautiful dancing floor and listening to her nursemaid’s stories of gods and heroes. But beneath her golden palace echo the ever-present hoofbeats of her brother, the Minotaur, a monster who demands blood sacrifice.

When Theseus, Prince of Athens, arrives to vanquish the beast, Ariadne sees in his green eyes not a threat but an escape. Defying the gods, betraying her family and country, and risking everything for love, Ariadne helps Theseus kill the Minotaur.

A mesmerizing debut novel for fans of Madeline Miller’s Circe.

Ariadne, Princess of Crete, grows up greeting the dawn from her beautiful dancing floor and listening to her nursemaid’s stories of gods and heroes. But beneath her golden palace echo the ever-present hoofbeats of her brother, the Minotaur, a monster who demands blood sacrifice.

When Theseus, Prince of Athens, arrives to vanquish the beast, Ariadne sees in his green eyes not a threat but an escape. Defying the gods, betraying her family and country, and risking everything for love, Ariadne helps Theseus kill the Minotaur. But will Ariadne’s decision ensure her happy ending? And what of Phaedra, the beloved younger sister she leaves behind?

Hypnotic, propulsive, and utterly transporting, Jennifer Saint’s Ariadne forges a new epic, one that puts the forgotten women of Greek mythology back at the heart of the story, as they strive for a better world. 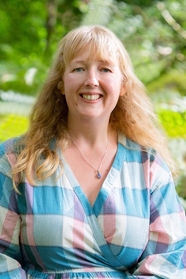 Due to a lifelong fascination with Ancient Greek mythology, Jennifer Saint read Classical Studies at King’s College, London. She spent the next thirteen years as an English teacher, sharing a love of literature and creative writing with her students. Ariadne is her first novel, and she is working on another retelling of an ancient myth for her second, revolving around Clytemnestra and her daughter Electra.

A Most Anticipated Book (Bustle, Buzzfeed)

“Beautifully written and nuanced, Ariadne explores the bonds between women and their epic quest for agency in patriarchal Greek society.” —BuzzFeed

“Circe fans would do well to take note.” —Bustle

“Enchanting…Saint expertly highlights how often the women of this world pay the price for the actions of the men around them. Lovers of mythology should snap this up.” —Publishers Weekly

“Complex—and bold…Fans of Madeline Miller’s Circe will enjoy this faithful retelling that centers the often-forgotten women of Greek myth.” —Booklist

“Ariadne is a shimmering tapestry of two sisters bound by deceit and the shadows of family history. One marries a hero, the other a god. As their lives criss-cross through girlhood and womanhood, the secrets that their husbands keep become a monstrous backdrop to their relationship. With a fresh voice and keen insight, Saint adds flesh and bone to an ancient myth, drawing the reader into an uneasy world of ever-afters.”—Yangsze Choo, New York Times bestselling author of The Night Tiger

1. The novel’s epigraph is taken from Ovid’s Heroides, in which Ariadne addresses Theseus: “Describe the Labyrinth, and how, taught by me, / you scap’d from all those perplext Mazes free.” What tone does this set for the story to come?

2. In the opening pages, Ariadne tells “the story of a righteous man,” her father, King Minos of Crete. Why do you think the author chose to begin there? How do we, over the course of the novel, see how problematic these “righteous men” are?

3. As she grows up, Ariadne realizes that there is a darker side to the stories of gods and men she so often heard: “No longer was my world one of brave heroes; I was learning all too swiftly the women’s pain that throbbed unspoken through the tales of their feats.” Discuss some examples from the novel that bear this out. Do you think there is still a tendency in our culture to valorize men while ignoring women’s pain?

4. The tension between fate and free will runs throughout this novel. How much agency do you think Ariadne and Phaedra have over their choices, and how much are they manipulated by the gods and Fates? Do they bear any responsibility for what happens to them?

5. Unlike Ariadne, Phaedra doesn’t remember a time before the Minotaur: “I had always known that monsters existed. I could not fear the destruction of all that was good because everything had been ruined before I could remember and I had grown up in the tattered, stained remnants of my sister’s golden days. She knew what it was to lose everything but I had nothing to begin with.” How do the sisters’ different childhoods change their outlooks on life? Compare and contrast their personalities.

6. Daedalus is idolized by Ariadne and Phaedra when they are children, and in many ways he seems to be one of the few admirable male characters in this novel. How is he different from the other men and gods we encounter? What role does he play in the story? Can we trust Ariadne and Phaedra’s positive account of him?

7. Ariadne throws herself into domestic life on Naxos and seems to love being a mother to her sons, while Phaedra has a much more difficult time with childbirth and raising her children. Discuss the different experiences of motherhood we see in the novel, including Pasiphae’s relationship with her children.

8. Discuss Dionysus’ indictment of the gods: “The gods do not know love because they cannot imagine an end to anything they enjoy. Their passions do not burn brightly as a mortal’s passions do, because they can have whatever they desire for the rest of eternity. How could they cherish or treasure anything? Nothing to them is more than a passing amusement and when they have done with it, there will be another and another and another, until the end of time itself.” Does this description ring true to you? Do you think Dionysus himself is different, especially in his relationship with Ariadne and their sons?

9. Ariadne is horrified by the bloody rites she witnesses between Dionysus, the Maenads, and the resurrected goat. In attempting to understand the Maenads’ participation, she reflects: “The ritual gave fearful shape to the anger and the grief that had driven so many of them here in the first place; they screamed and danced in their blood–soaked frenzy by night so that they could live serenely in the sunlight.”Does this explanation make sense to you? Can you think of rituals or activities in our culture today that might fill a similar role? Does that justify them?

10. Why do you think Phaedra commits suicide? How does that choice reflect both her powerlessness and her power? How do you think she will be remembered?

11. After witnessing Dionysus’ terrible actions against the Argive women, Ariadne reflects: “Dionysus had once seemed to me the best of them all, but I saw him now for what he was, no different from the mightiest of the gods. Or the basest of men.”What does she mean? Do you feel any sympathy for Dionysus’ actions? Does he change over the course of the novel, or does Ariadne simply see him for who he truly is?

12. Ariadne says of her sons, “they are placid and unmoved by any yearning for glory. They have gone on to lead quiet, unremarkable lives—the greatest gift that they could have been given.”What does she mean?How does this novel complicate our ideas about glory and fame?

13. Were you more drawn to Ariadne’s or Phaedra’s chapters? Why do you think the author chose to include both of their perspectives?

14. Were you familiar with these characters and myths already? Did any of the portrayals surprise you? How can retellings of classic stories change or expand our view of the original? What are some of your favorite retellings?