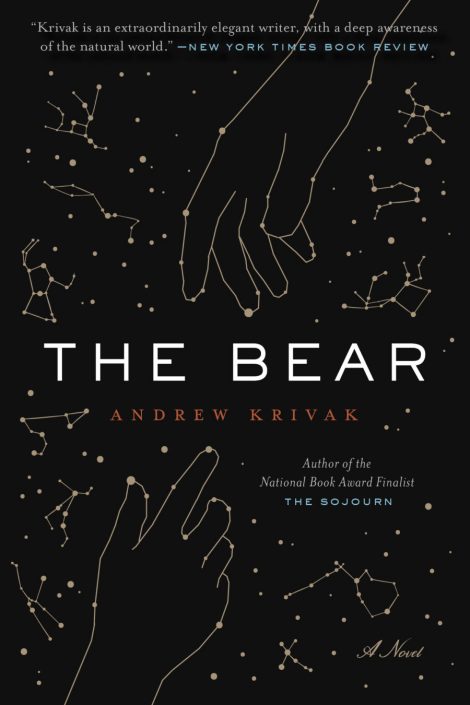 In an Edenic future, a girl and her father live close to the land in the shadow of a lone mountain. They possess a few remnants of civilization: some books, a pane of glass, a set of flint and steel, a comb. The father teaches the girl how to fish and hunt, the secrets of the seasons and the stars. He is preparing her for an adulthood in harmony with nature, for they are the last of humankind. But when the girl finds herself alone in an unknown landscape, it is a bear that will lead her back home through a vast wilderness that offers the greatest lessons of all,

In an Edenic future, a girl and her father live close to the land in the shadow of a lone mountain. They possess a few remnants of civilization: some books, a pane of glass, a set of flint and steel, a comb. The father teaches the girl how to fish and hunt, the secrets of the seasons and the stars. He is preparing her for an adulthood in harmony with nature, for they are the last of humankind. But when the girl finds herself alone in an unknown landscape, it is a bear that will lead her back home through a vast wilderness that offers the greatest lessons of all, if she can only learn to listen.

A cautionary tale of human fragility, of love and loss, The Bear is a stunning tribute to the beauty of nature’s dominion. 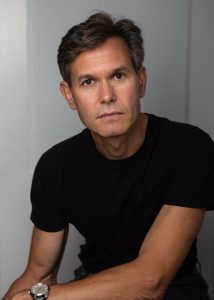 Andrew Krivak is the author of three novels: The Bear; The Signal Flame, a Chautauqua Prize finalist; and The Sojourn, a National Book Award finalist and winner of both the Chautauqua Prize and Dayton Literary Peace Prize. He is also the author of A Long Retreat: In Search of a Religious Life, a memoir about his eight years in the Jesuit Order, and editor of The Letters of William Carlos Williams to Edgar Irving Williams, 1902–1912, which received the Louis L. Martz Prize. Krivak lives with his wife and three children in Somerville, Massachusetts, and Jaffrey, New Hampshire.

“Lyrical. . . . Gorgeous. . . . Krivak’s serene and contemplative novel invites us to consider a vision of time as circular, of existence as grand and eternal beyond the grasp of individuals—and of a world able to outlive human destructiveness.” —Washington Post

“Arresting, exquisite. . . . The Bear is more than a parable for our times, it’s a call to listen to the world around us before it’s too late.” —Observer

“Beautiful. . . . So loving and vivid that you can feel the lake water and smell the sea. . . . A perfect fable for the age of solastalgia.” —Slate

“[A] tender apocalyptic fable . . . endowed with such fullness of meaning that you have to assign this short, touching book its own category: the post-apocalypse utopia.” — Wall Street Journal

“A powerful allegory about the struggles and graces of life.” —America Magazine

“With artistry and grace . . . Krivak delivers a transcendent journey into a world where all living things—humans, animals, trees—coexist in magical balance, forever telling each other’s unique stories. This beautiful and elegant novel is a gem.” —Publishers Weekly (starred review)

1. From the very first sentence, we’re aware that this will be a novel that grapples with human extinction. How do the man and his daughter, described as “the last two,” view their place in the world? What do you think the author is trying to say about our legacy?

2. How does the novel portray the father/daughter relationship? Is the role of the man one of teacher or is he simply a father passing along what any parent would pass along to a child? Is he aware of what is at stake? Would anything be different if the main characters were a mother and son?

3. Early in the novel, the girl watches a bear emerge from the woods and walk toward the lake. She asks her father, “Was my mother a bear?” Why does she pose this question? At another point, the father tells his daughter a fairy tale about a talking bear that saves a village. Why do you believe the author included this story within a story? And what other roles do bears play in the novel?

4. In an interview with Library Journal, the novel’s editor observed, “While we don’t ever learn what cataclysm occurred to undermine the human species in The Bear, it’s hard to read the book without thinking of our fears about climate change.” Why do you think the author chose not to be explicit about happened in the past? Did he give readers any clues? What other pressing concerns about the human condition does the book address? And what do you think the book’s message is about nature’s resiliency and the resiliency of all living creatures?

5. The author has stated that the novel took shape during a moment alone, fishing on a lake in the shadow of New Hampshire’s Mount Monadnock. What role does setting play in the novel? Does it become its own character? What experiences of place have shaped your own life or offered creative inspiration?

6. The novel provides a great deal of insight and authentic detail about gathering and preparing food, making clothing, and finding shelter in the wilderness. In that way, it serves as a physical survival guide. But in what ways does it also serve as a spiritual survival guide?

7. In a moving passage, the girl receives the following advice: “You need to be hungry for more than food. More than sleep. We all go to sleep and will be asleep for a long time. Be hungry for what you have yet to do while you’re awake.” How does the girl act upon this advice? From whom or what, besides her father, does she receive the gift of wisdom?

8. What can this novel tell us about grief? In what ways are feelings and expressions of loneliness and grief examined?

9. Although The Bear was written for adults and compared by many reviewers to Cormac McCarthy’s The Road, readers of all ages have found that it reminds them of beloved books from their childhood such as Jean Craighead George’s My Side of the Mountain, Scott O’Dell’s Island of the Blue Dolphins, and Gary Paulsen’s Hatchet. What is it about the way the story is told that accounts for this reaction? Does the novel echo any of your own favorite childhood books?

10. How would you classify The Bear? Is it a coming of age story? A fable? Utopian or dystopian? A celebration of life or an elegy for its loss?

11. Throughout the novel, the narrator refers to the main characters as “the man,” “the girl,” “her father,” etc. Why do the characters remain unnamed? Similarly, why do you think there are almost no physical descriptions of the girl or her father?

12. In a world where very little exists from human civilization, why do you believe books survived and why was it important for the father to share them with his daughter? What becomes of the books in the end?

13. What is the author trying to convey about the importance of storytelling in our lives? Do stories belong only to humans? Who is telling the story of The Bear?

14. How did you feel after finishing The Bear? Did the ending surprise you? Was there a particular person in your life you wanted to share it with?