In a time of war, a mysterious child appears at the monastery of the Order of the Chronicles of Sorrowing. Gentle Brother Edik finds the girl, Beatryce, curled in a stall, wracked with fever, coated in dirt and blood, and holding fast to the ear of Answelica the goat. As the monk nurses Beatryce to health, he uncovers her dangerous secret, one that imperils them all—for the king of the land seeks just such a girl,

In a time of war, a mysterious child appears at the monastery of the Order of the Chronicles of Sorrowing. Gentle Brother Edik finds the girl, Beatryce, curled in a stall, wracked with fever, coated in dirt and blood, and holding fast to the ear of Answelica the goat. As the monk nurses Beatryce to health, he uncovers her dangerous secret, one that imperils them all—for the king of the land seeks just such a girl, and Brother Edik, who penned the prophecy himself, knows why.

And so it is that a girl with a head full of stories—powerful tales-within-the-tale of queens and kings, mermaids and wolves—ventures into a dark wood in search of the castle of one who wishes her dead. But Beatryce knows that, should she lose her way, those who love her—a wild-eyed monk, a man who had once been king, a boy with a terrible sword, and a goat with a head as hard as stone—will never give up searching for her, and to know this is to know everything. With its timeless themes, unforgettable cast, and magical medieval setting, Kate DiCamillo’s lyrical tale, paired with resonant black-and-white illustrations by Caldecott Medalist Sophie Blackall, is a true collaboration between masters.

From two-time Newbery Medalist Kate DiCamillo and two-time Caldecott Medalist Sophie Blackall comes a fantastical meditation on fate, love, and the power of words to spell the world.
less … 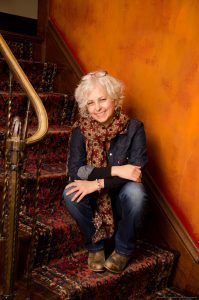 Kate DiCamillo is one of America’s most revered storytellers. She is a former National Ambassador for Young People’s Literature and a two-time Newbery Medalist. Born in Philadelphia, she grew up in Florida and now lives in Minneapolis. 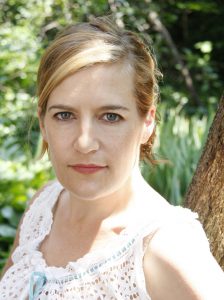 “Somehow, DiCamillo manages to fit a medieval epic into just over 250 pages—and that includes many glorious black-and-white illustrations by Blackall that one can easily envision stitched upon a tapestry. It’s a gently feminist tale where stories carry the same power as magic and are, perhaps, one and the same.” —Booklist (starred review)

“The story is told in language as clear and beautiful as an illuminated manuscript, with characters who spring instantly to life. A book with an angelic soul: large, sharp, and uncompromising.”—Kirkus Reviews (starred review)

Newbery Medalist DiCamillo’s engrossing medieval fable verges on darkness while examining what changes a world. . . . Tenderly illuminated by Caldecott Medalist Blackall’s atmospheric, fine-lined b&w art, this compassionate tale rejoices in “the wonder of being known,” the protective powers of understanding one’s identity, and the strength found in the hard head of a beloved goat.” —Publishers Weekly (starred review)

“Delicate illustrations and rich fairy tales run throughout the book, which stirs hope and joy at every turn.” —Foreword Reviews (starred review)

Answelica was a goat with teeth that were the mirror of her soul—large, sharp, and uncompromising.

One of the goat’s favorite games was to lull the monks of the Order of the Chronicles of Sorrowing into a sense of complacency by arranging her features in a benign and indifferent expression.

For weeks, she would bite no one.

When approached, she would merely stare into the distance as if she were considering something profound. And then, when the brothers had relaxed their guard, thinking that perhaps, somehow, Answelica had changed, the goat would come from behind and butt them in the backside as hard as she was able.

She was very strong, and she had a very hard head.

Because of this, the goat was able to send the monks flying great distances through the air. When they landed, she bit them. She was a goat who formed peculiar and inexplicable antipathies, taking an intense dislike to certain individuals. She would stalk a particular brother, waiting for him in the purple shadow of a building, and then she would leap out and make an unholy noise that sounded like the scream of a demon. ­

The monk and the goat would then engage in a duet of screaming until the goat was satisfied and trotted away looking beatific, leaving behind her a trembling, weeping monk. ­

The brothers of the Order of the Chronicles of Sorrowing would have liked to butcher her, but they were afraid of the ghost of Answelica. ­

The monks agreed among themselves that the ghost of the goat would surely be more vicious and determined, more impossible to outwit, than the flesh-and-blood goat.

How would she seek her revenge from the afterworld? It beggared the imagination to consider what the ghost goat would do.

And so she lived.

Which is just as well.

Which is, in fact, wonderful.

Because without the goat, Beatryce surely would have died.

And then where would we be?