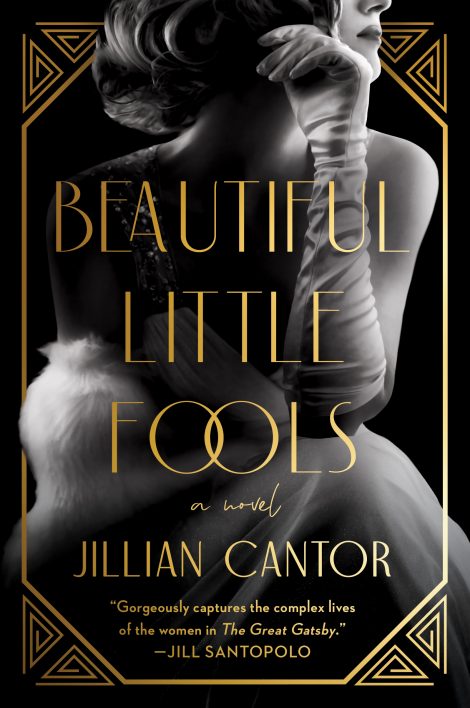 On a sultry August day in 1922, Jay Gatsby is shot dead in his West Egg swimming pool. To the police, it appears to be an open-and-shut case of murder/suicide when the body of George Wilson, a local mechanic, is found in the woods nearby.

Then a diamond hairpin is discovered in the bushes by the pool, and three women fall under suspicion.

On a sultry August day in 1922, Jay Gatsby is shot dead in his West Egg swimming pool. To the police, it appears to be an open-and-shut case of murder/suicide when the body of George Wilson, a local mechanic, is found in the woods nearby.

Then a diamond hairpin is discovered in the bushes by the pool, and three women fall under suspicion. Each holds a key that can unlock the truth to the mysterious life and death of this enigmatic millionaire.

Daisy Buchanan once thought she might marry Gatsby—before her family was torn apart by an unspeakable tragedy that sent her into the arms of the philandering Tom Buchanan.

Jordan Baker, Daisy’s best friend, guards a secret that derailed her promising golf career and threatens to ruin her friendship with Daisy as well.

Catherine McCoy, a suffragette, fights for women’s freedom and independence, and especially for her sister, Myrtle Wilson, who’s trapped in a terrible marriage.

Jillian Cantor revisits the glittering Jazz Age world of F. Scott Fitzgerald’s The Great Gatsby, retelling this timeless American classic from the women’s perspective. Beautiful Little Fools is a quintessential tale of money and power, marriage and friendship, love and desire, and ultimately the murder of a man tormented by the past and driven by a destructive longing that can never be fulfilled. 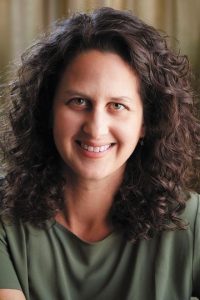 Jillian Cantor is the author of award-winning and bestselling novels for adults and teens, including In Another Time, The Hours Count, Margot, and The Lost Letter, which was a USA Today bestseller. She has a BA in English from Penn State University and an MFA from the University of Arizona. Cantor lives in Arizona with her husband and two sons.

“In Beautiful Little Fools, Jillian Cantor gorgeously captures the complex lives of the women in The Great Gatsby, creating a delicate and intricate story that dovetails perfectly with F. Scott Fitzgerald’s. It was engrossing to the final page.”–Jill Santopolo, New York Times Bestselling author of The Light We Lost

“Cantor succeeds brilliantly with this audacious revisionist murder mystery featuring characters from The Great Gatsby. . . . Cantor successfully captures the style and tone of the 1925 novel with vivid details. . . . Proving once again that it is ‘hard to forget the past,’ Cantor’s admirably convincing act of literary skullduggery offers many rewards.”–Publishers Weekly (starred review)

“This Gatsby retelling reveals more about the women in the story by casting them as humans, not decorative baubles. Cantor asks and answers: Who were the real fools in Gatsby’s world?”–Kirkus Reviews

“Unlike the original destructive, self-absorbed characters and the pervasive issue of class, Cantor focuses instead on portraying Daisy and her fellow females in a sympathetic light, reimagining and empowering them to speak to readers with a feminist bent.”–Booklist

“The story of The Great Gatsby is reimagined and retold by three of the novel’s women, Daisy Buchanan, Jordan Baker, and Catherine McCoy in this sharp, compelling recasting of the classic.”-Town & Country (Must-Read Books of Winter 2022)

1.  How Is Beautiful Little Fools a reimagining of The Great Gatsby, or a murder mystery in its own right, or both? Whose story is this: Daisy’s, Jordan’s, Catherine’s, or the great Jay Gatsby’s?

2.  Discuss the role point of view plays in the novel. How do Daisy, Jordan, and Catherine each narrate their story differently? What insights does each woman give to the plot and the reader? The original Gatsby is told through only Nick Carraway’s point of view. What is his role in this novel?

3.  Daisy begins with this thought: “Sometimes I think if I’d met Jay Gatsby later, say, after Daddy and Rose’s accident, I wouldn’t have even noticed him at all. I think how everything, how the whole entire course of my life, and his, might have turned out differently.” Do you agree or disagree? How does timing play a role in Jay and Daisy’s relationship, in Daisy’s life, and ultimately in Jay’s death?

4.  Sister relationships play a big role in the novel. Compare and contrast Daisy and Rose’s relationship with Catherine and Myrtle’s. How does Rose influence Daisy’s decisions? How does Myrtle influence Catherine’s? How does the death of a sister impact both women in different and similar ways?

5.  Catherine and her roommate, Helen, are suffragettes, fighting for women’s rights to vote, and in the end Catherine works to help abused women. Discuss Catherine’s role as an early-1920s feminist. How do her ideas both reflect and conflict with those of Daisy, Jordan, and Myrtle?

6.  Nick calls Jordan “an incurable liar.” How does that description define her character? Is Nick right about Jordan? What do you see as Jordan’s defining characteristic?

7.  Mary Margaret tells Jordan that grief is “an endless, winding river,” a refrain that comes back throughout the novel. Discuss how this applies not only to Jordan and Mary Margaret’s relationship but also to the other characters in the novel. How does grief work as a recurring theme?

8.  Is this novel a love story? If so, whose love story is it? Compare and contrast the romantic relationships in the novel. Consider Daisy and Jay, Daisy and Tom, Jordan and Nick, Jordan and Mary Margaret, Catherine and Jay, and Tom and Myrtle.

10.  Detective Frank Charles was not a character in The Great Gatsby. Discuss the role he plays in Beautiful Little Fools. What do his chapters add to the novel? Compare and contrast his relationship with Dolores to the other romantic relationships in the novel.

11.  Beautiful Little Fools revolves around unraveling who killed Jay Gatsby. But, in the end, there is more than one killer. Who would you consider guilty in the novel and why? Do you believe any of the characters are ultimately justified in their actions?

SHE HELD THE GUN THE WAY A CERTAIN KIND OF CARELESS MAN held his glass of whiskey. It was illegal, illicit. But, nonetheless, it was hers. She would do with it as she pleased, consequences be damned.

The gun made her hot, restless, wanting. Her heart pounded in her chest, a Nora Bayes song. The one playing that sweltering, innocent night when she saw him, years ago. Get your gun. Get your gun. She had her gun now.

He didn’t see her at first, as he walked out of his house, toward the pool. Tall and slender, his naked flesh so pale it was as if he’d made it through the entire summer without letting even the smallest bit of sunlight touch him. Nothing touched him. Wasn’t that what made Jay Gatsby so great?

He stepped toward the pool, that arrogant walk, that look on his face. That knowing. He had it all; he had everything. He’d taken everything. But then, just before his toe touched the water, he stopped suddenly, looked up, as if sensing her presence. He noticed her standing there, half behind the shrubbery, and he smiled.

“You’ve come,” he said, his voice thick with surprise. His eyes were on her face, not on her hand, not on the gun.

She raised her hand up higher, pointed the gun straight at his chest. And then somehow, from across the pool, he could suddenly feel it, her heat and her anger and her madness. It had been simmering for so long, and now it was boiling over. His face contorted. “What are you doing?” he spoke softly, slowly. He was working it out in his own mind. Why? What? How?

The distance between her gun and his heart was an easy shot. The trigger burned in the heat of the midday sun, as she closed one eye, aimed, squeezed. In an instant, the world exploded, the gun smoked. Her fingers shook and burned.

And then, all at once, his greatness flickered. He fell unevenly into the pool, water cascading into the sky like a choreographed dance of swans. Beautiful, unexpected. The cascade died off into limp waves, and she took a few steps closer. His pale flesh was sinking underwater now, ripped apart.

In front of her, the pool oozed red. And it was only then that she truly understood what she had done. Who she had become. She swallowed back a scream, the taste of bile rising up in her throat.

And then she turned away from the pool, and she ran.