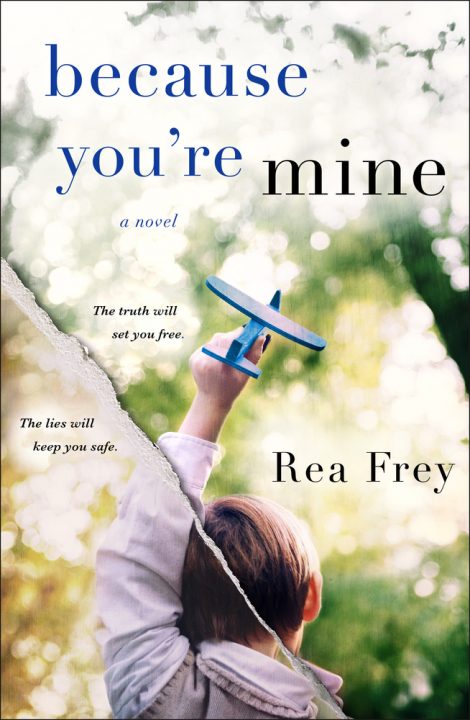 Single mother Lee has the daily routine down to a science: shower in six minutes. Cut food into perfect squares. Never leave her on-the-spectrum son Mason in someone else’s care. She’ll do anything—anything—to keep his carefully constructed world from falling apart. Do anything to keep him safe.

But when her best friend Grace convinces her she needs a small break from motherhood to recharge her batteries, Lee gives in to a weekend trip. Surely a long weekend away from home won’t hurt?

Noah, Mason’s handsome, bright, charismatic tutor—the first man in ages Lee’s even noticed—is more than happy to stay with him.

Single mother Lee has the daily routine down to a science: shower in six minutes. Cut food into perfect squares. Never leave her on-the-spectrum son Mason in someone else’s care. She’ll do anything—anything—to keep his carefully constructed world from falling apart. Do anything to keep him safe.

But when her best friend Grace convinces her she needs a small break from motherhood to recharge her batteries, Lee gives in to a weekend trip. Surely a long weekend away from home won’t hurt?

Noah, Mason’s handsome, bright, charismatic tutor—the first man in ages Lee’s even noticed—is more than happy to stay with him.

Forty-eight hours later, someone is dead.

But not all is as it seems. Noah may be more than who he claims to be. Grace has a secret—one that will destroy Lee. Lee has secrets of her own that she will do anything to keep hidden. And what will happen to Mason, as the dominoes begin to fall and the past comes to light?

Perhaps it’s no mystery someone is gone after all…

Because You’re Mine is a breathtaking novel of domestic drama and suspense.

Prepare to stay up all night.

Rea Frey is the author of several nonfiction books and two novels. When not writing, reading, or editing, she can be found traveling, homeschooling her daughter, or planning her next adventure.

“Heartbreaking and unexpected…impossible to put down.” – Publisher’s Weekly

“[A] tautly suspenseful and wickedly twisty thriller that will have the reader guessing until the very last pages.” –David Bell, USA Today bestselling author of Layover

“Lulls you into a false sense of security and then pulls the rug out from under you—more than once…will appeal to readers of Greer Hendricks and Sarah Pekkanen.” – Sally Hepworth, bestselling author of The Mother-in-Law and The Family Next Door

“Dark, intense and gripping, full of secrets and lies, with a shocker of an ending you won’t see coming.” — Michele Campbell, author of It’s Always the Husband and She Was the Quiet One

“Riveting, utterly unsettling […] you’ll think you know who masterminded the ultimate revenge plot. But you’ll be wrong.” – Emily Carpenter, bestselling author of Until the Day I Die and Burying the Honeysuckle Girls

The car idles. Grace cuts the engine, cradles the parking brake, and pulls. Her secret swirls inside her. She presses a hand to her belly and takes a deep breath to kill the nerves.

After a hurried morning school drop-off for her son, Luca, Grace checks her hair in the rearview, hoping Lee can squeeze her in for a quick trim before work. She loves that her best friend owns a hair salon in her home, and that Grace can test the latest hair potions and coloring techniques when Lee needs a guinea pig. She knows it comes at a price: Lee’s gifted son, Mason, her chronic singleness, her insistence on being housebound. Her entire world is shrink-wrapped.

Grace registers what she has to tell Lee and doesn’t know where to start. She imagines the shock, the aftermath, and how it might affect their relationship. She shakes her head, knowing it must be done, and exits the car.

Lee’s small ranch—a rental in the up-and-coming Donelson Hills neighborhood—begs for fresh paint, new windows, and an updated roof. The rusted railing outlines a weather-worn front porch, unruly shrubs, and a once gorgeous magnolia has recently been struck by lightning. Now, a singed black nub is the only reminder of shady mornings spent beneath its leaves.

On more than one occasion, Grace has offered to hire a mowing service or landscaping company, but Lee insists she’s got it handled.

Grace lets herself in the side door. Lee’s voice rumbles from the back in a succession of pleas. “Come on, buddy. You’ve got to work with me.”

She tiptoes toward Mason’s bedroom and stalls in the hallway as Lee struggles to get Mason’s shirt over his head. No matter how wide Lee stretches the necks of his shirts, that moment his head disappears, he panics, punches, and claws against the thin womb of fabric as the claustrophobia—one of his main phobias—takes hold.

Mason and Luca are both seven, but Mason refuses to get dressed by himself. As a result, mother and son work in the same order: right sock, left sock, underwear, pants—never shorts, even on the hottest days—long-sleeved shirt, short-sleeved shirt over the top (soft cotton only), and a plain rubber band around his left wrist.

“Buddy, please work with me.”

“I can’t if you’re doing it wrong.” Mason’s tone splinters his mother’s resolve. Lee’s ribs quake with every breath, but she starts the process over, layer by layer. She knocks a flock of hair from her forehead with the back of a knobby wrist. Grace taps gently on the wood, careful not to startle Mason.

“Hey, hi. I didn’t hear you.” Lee swivels toward the giant wall clock. “Is that the time?” Grace knows Lee is calculating the morning routine: Mason’s breakfast, her breakfast, shower, waiting for Noah—Mason’s homeschool teacher and occupational therapist—mixing color, and prepping the salon. Lee’s cell rings and she abandons her task to grab the call from her office.

Mason rolls his eyes and turns his attention to Grace. “Please help me.”

She kneels down. “I’m always here to help.”

“Why can’t she do it right? We’ve been doing it the same way since I was five.”

He reaches his arms overhead as she removes the fabric. She drinks him in. His unruly mop of kinked hair. His impossible paleness, despite hours of sunshine. His slight build. The patches of red that sometimes crop against his cheeks like poppies. “What do we have here?” She inspects the shirt and pinches the tag. “The culprit.”

Mason crosses his arms and taps a foot. “She’s slipping in her old age,” he says. “Clearly.”

Grace chuckles and snags a pair of scissors from Lee’s desk to snip the tag. “You know, your mom’s got a lot on her plate. You should cut her some slack.” She glances at Lee, who’s still on the phone, her back turned to both of them.

“You’ve got a lot on your plate, but you always remember to remove Luca’s tags.”

She winks. “Maybe.” She helps him with both shirts and stands back to assess. “So handsome.”

Lee returns. “How’d you get him dressed?”

Mason straightens and eyes his mother warily. “Grace found a tag.” He says the word as if it’s grotesque.

“There was a tag?” She looks bewildered. “I could have sworn I cut all of them out.”

He sighs and bumps against Lee’s bony hip as he walks to the dining room.

Lee presses the pads of her fingers into her eyes. “Sometimes I feel like he hates me.”

Grace fondles her shoulder. “He doesn’t hate you. It’s called being a mother. It’s their job to give us a hard time.”