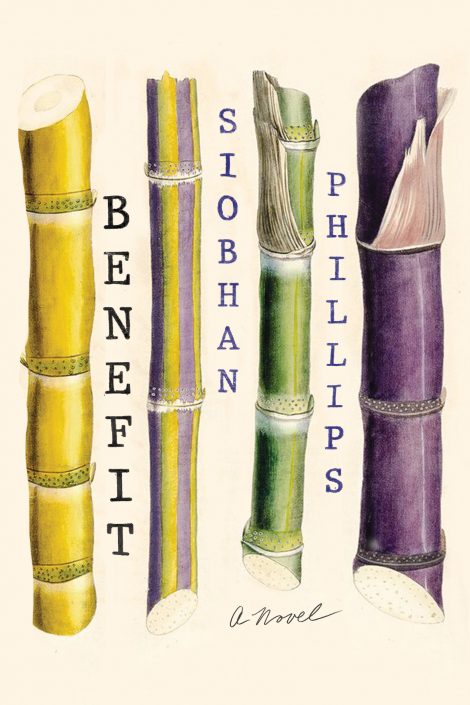 Laura, a student from a modest background, escapes her small town to join the ranks of the academic elite on a Weatherfield fellowship to study at Oxford University. She enthusiastically throws herself into her coursework, yet she is never able to escape a feeling of unease and dislocation among her fellow chosen “students of promise and ambition.”

Years later, back in the United States with a PhD and dissertation on Henry James, she loses her job as an adjunct professor and reconnects with the Weatherfield Foundation. Commissioned to write a history for its centennial, she becomes obsessed by the Gilded Age origins of the Weatherfield fortune,

Laura, a student from a modest background, escapes her small town to join the ranks of the academic elite on a Weatherfield fellowship to study at Oxford University. She enthusiastically throws herself into her coursework, yet she is never able to escape a feeling of unease and dislocation among her fellow chosen “students of promise and ambition.”

Years later, back in the United States with a PhD and dissertation on Henry James, she loses her job as an adjunct professor and reconnects with the Weatherfield Foundation. Commissioned to write a history for its centennial, she becomes obsessed by the Gilded Age origins of the Weatherfield fortune, rooted in the exploitation and misery of sugar production. As she is lured back into abandoned friendships within the glimmering group, she discovers hidden aspects of herself and others that point the way to a terrifying freedom.

Benefit is a vivid debut novel of personal awakening that offers a withering critique of toxic philanthropy and the American meritocracy. 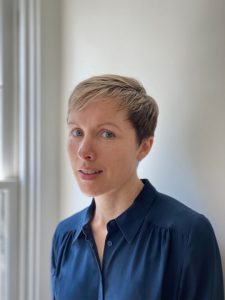 Siobhan Phillips is a Rhodes Scholar who studied English Literature at Yale and Oxford Universities and Poetry at the University of East Anglia before earning her PhD in English Language and Literature from Yale. Her writing has appeared in the Los Angeles Review of Books, Boston Review, Artforum, Aeon, and elsewhere. An associate professor of English at Dickinson College, she lives in Carlisle, Pennsylvania. Benefit is her first novel.

“A compelling novel about friendship, education, and purpose, all illustrated through a cast of flawlessly realized characters.”— Susan Perabo, author of Why They Run the Way They Do and The Fall of Lisa Bellow

“Highlight[s] the toxicity and ethical gaps that underlie much of modern academia and philanthropy . . . with striking social commentary.”— Kirkus Reviews

“Siobhan Phillips’s portrait of a stalled would-be academic is thrillingly intimate and ambitious in its scope, evoking at turns Rachel Cusk, Lynn Steger Strong’s Want, and Christine Smallwood’s The Life of the Mind. Deadpan and dread-filled, shadowed by the specters of war and late capitalism, Benefit probes both the futility and necessity of intellectual work, all in the wry, wise voice of an uncommonly clear-eyed friend.”— Jessica Winter, author of Break in Case of Emergency and The Fourth Child

“Benefit is a fascinating novel—both a portrait of an industrial empire and revelatory about the elitist greed that often shadows philanthropy. It is also an unnerving glimpse into the impoverishment of academia, as scholars compete for part-time work and paltry salaries.”— Foreword Reviews

“Phillips’s assured debut novel blends a complex journey of personal realizations with insights into the dark side of ambition and power.”— Booklist

“Incisive. . . . Pulls back the veil on university hierarchies and social privilege.”— Publishers Weekly

What inspired you to write Benefit, and how did you create your character Laura?

I think the best answer to the first part of your question is that I wanted to understand a little better the strange and mostly bad time that was the first decade of the 21st century. So I wrote a book about a group of acquaintances who graduated from college just before 2001, and I set the book in 2011 as they look back at the first decade or so of their adulthood.

I confess that 2011 was a lot more recent when I started writing! But really, the whole time only grew stranger and worse (not to mention more complicated) the further I got from it. The enduring, unravelling, wrong of the wars in Iraq and Afghanistan seemed only part of a more general corrosion of assumptions and illusions from the late 20th century.

I mean of course for those lucky enough to have had assumptions and illusions in the first place. Even partial or unconscious ones.

The characters I’m writing about have all achieved some measure of conventional success; they know each other only because they were all chosen for an academic honor just after college.

But they’ve all, in various ways, grown increasingly doubtful about themselves as well as their world, and the book wonders how anyone figures out what to do with their life. Or fails to figure that out, as may be the case with Laura.

So this leads to the second part of your question. I created the character of Laura, along with others in the novel, basically from various questions I had about how individuals might make a way for themselves when every choice seems irredeemably tainted by history.

I tried to invent characters as complicated as real people, of course, but also characters who were smarter and/or better than I am, which is something you can do in fiction, maybe? Or try? (And then learn from them—this is my hope.)

Laura is the central figure because she’s just lost her job at the start of the plot, which not only forces her to get in touch with the others but also places questions about vocation in a brighter, harsher light.

The author Jenny Offill called the book “A smart, razor-sharp exploration of the precarious island of academic life and the cold unforgiving waters that surround it.” What do you think of that description, and what do you think the novel says about academia?

I’m gratified and humbled by that description! Offill’s own accounts of academic precarity are so acute. Partly, I see academia in this novel as one among many big institutions—many “islands” in those “unforgiving waters” of 21st century life. All of them are fragile and flawed, all require compromises and hypocrisies while imposing the debts and burdens of their pasts.

Perhaps that’s just growing up: figuring out how to make an individual existence among the social forms that have already shaped you and will go on shaping you. It’s especially so, or pointedly so, in a time like the decade of this novel—a decade of war and financial crisis, a decade of collapse and deceit.

Finance, academia, politics, statesmanship—and maybe even journalism, literature: What’s left to trust or invest in? Which story can be redeemed? Which guilt is too much to take on, or acknowledge, or confront?

But I also see academia in this novel as different from other “systems,” which may indicate another reason that Laura is the book’s narrator. For her, knowledge and learning really are a means of both sustenance and something like—sorry about this word—redemption.

In the book, she takes on a temporary job researching the origins of the money that gave her a prestigious academic honor—basically she uses her “skills,” such as they are, to figure out what allowed her those skills. And what she finds is horrifying.  Also clarifying.

Her experience is a measure of my own gratitude to scholarship and especially to the work of historians and archivists who preserve an ever-more-accurate, ever-more detailed, record of the past. This book started with research—it required research all through, and I relied constantly on the care and expertise of scholars. Academia supports that work. Both Laura and I are grateful.

Did you know how the novel would end before you started writing it, or did you make many changes along the way?

Thanks for this question—all of these questions, especially this one. I definitely didn’t know how the novel would end before I started it. I think uncertainty about endings may be inherent to the book’s set-up.

Laura’s doubts about what she should do with her life are also doubts about how stories are supposed to go. She doesn’t quite believe that character can have a meaningful effects on plot, at least in the “real” world. Bildung breaks down. So how does a story come to any conclusion?

I planned the book initially according to a fairly abstract logic—four chapters on four themes, leading to a central chapter, then four more symmetrical chapters leading out of that center. Gradually the frame fell away (the editor at BLP, Erika Goldman, helped a lot with that); characters did take over, and have meaningful effects, almost in spite of themselves.

But I think that some hesitation about novel structure remains, and I’m okay with that, even if weakness in the book may be hard to separate from weakness of the book.

How was the book’s title chosen, and what does it signify for you?

Benefit was actually a characteristically helpful suggestion from this book’s editor; she and I and my agent talked it over. I am not good at titles. I like Benefit because it gets at the book’s worry over what a person has benefitted from, and how they live with that.

Also, the book ends with a benefit! A dinner to raise money for a nonprofit foundation. So the title helps wonder about what it means to do good in the world—in 2011, and right now too, probably.

What are you working on now?

I’m working on another novel. This one focuses more on place—but it’s too soon to describe anything about it. Also an academic essay about cookbooks, race, and work that I have been trying to finish for a long time. I’m really interested in how US culture describes domestic culinary labor.

Anything else we should know?

As an academic, Laura analyzed the work of Henry James, a writer I love, and it’s been interesting to remember and discover all the other writers and critics I love who have used Henry James in their work—from Marianne Moore to James Baldwin to Alan Hollinghurst to Sianne Ngai, and many others.

I would never put myself in their company; I just mean it’s fun to discover a hidden logic to my reading.

I continue to learn from James’s writing, and I think that I and perhaps other US citizens have a lot more to learn, too, about the era of James’s writing—the late 19th and early 20th century, when so much of what we think of as contemporary social and political problems expanded and ossified.