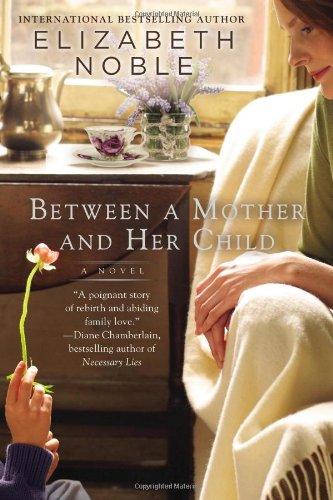 BETWEEN A MOTHER AND HER DAUGHTER

The love of a family is stronger than even the greatest tragedy . . .

Twenty years after their impulsive marriage, Maggie and Bill Barrett are happily settled into the quiet comfort of their dream home with their three beautiful children. Then, the day after Christmas 2004, their world is shattered apart.

Feeling isolated, Bill leaves to try to discover peace on his own. Maggie shuts down, incapable of connecting with her children or even sleeping most nights. Getting by in a daze, she has no idea how to begin picking up the pieces of their lives.

The love of a family is stronger than even the greatest tragedy . . .

Twenty years after their impulsive marriage, Maggie and Bill Barrett are happily settled into the quiet comfort of their dream home with their three beautiful children. Then, the day after Christmas 2004, their world is shattered apart.

Feeling isolated, Bill leaves to try to discover peace on his own. Maggie shuts down, incapable of connecting with her children or even sleeping most nights. Getting by in a daze, she has no idea how to begin picking up the pieces of their lives.

Enter Kate: a woman who placed an ad in the paper to be a housekeeper and companion to a family. Kate has secrets and sorrows of her own, but her gentle caring has an immediate effect on the children—and on Maggie herself. When Bill announces that he’s fallen for another woman, Maggie realizes that she will have to fight to put her family back together. But after all they’ve been through, can anything truly fix their broken ties?

International bestselling author Elizabeth Noble was born in High Wycombe, Bucks, and now lives in Surrey, England with her husband and two daughters. She studied English at Oxford University and after graduating embarked on a career in publishing before taking up writing full time. She is the author of seven novels.

“How does a family travel the most painful journey imaginable? In this poignant story of rebirth and abiding family love, Elizabeth Noble gently takes us down a path of friendship, understanding and compassion. Her beautifully drawn characters are as tender and big-hearted as they are unforgettable.”—Diane Chamberlain, author of Necessary Lies

“An intense, emotional exploration of the devastating effects of grief on a family . . . Noble unfailingly creates beautifully drawn characters you can’t help but love, inhabiting a tightly plotted narrative that will keep you gripped from start to finish.”—Daily Mail Online

“Elizabeth Noble has made a name for herself writing tear-jerking blockbusters, and her fans won’t be disappointed by her latest offering. . . Noble paints a convincing and acute picture of the isolation and even the selfishness of loss.”—Express Online (UK)

“A remarkable narrative that will captivate and ensnare the reader, while fully engaging the emotions. . . A delicate and well-executed treatise that will have the reader utterly transfixed by the characters and their emotional journeys.”—Sunshine Coast Daily

Throughout Between a Mother and Her Child, the issue of “fixing” others often comes up; Olivia is determined to fix Maggie, Aly wants to fix Ryan, and Bill is attracted to Carrie because he can help her. Can you think of any other instances where one character tries to heal another? How do each of these experiences work out for both the fixer and the fixee? Is it helpful for both, or does it harm one?

Many characters, especially Aly, seem to struggle with a hierarchy of grief. When Aly writes, about her parents, in her letter to Ryan, “My sadness wasn’t as important as theirs,” do you agree? Why or why not? How do different characters throughout this hierarchy deal with their grief—Maggie? Aly? Ryan?

In the opening to this novel, Maggie reflects on her relationship with Bill, and notes small “wedges” in the relationship early on. Do you think they would have grown apart the same way if Jake hadn’t died? Would they have happily stayed together? Why or why not?

Bill’s method of handling his loss is vastly different from Maggie’s. Why do you think he waits so long into his relationship with Carrie to talk to her about Jake? Do you think this is ultimately helpful for him? Discuss your thoughts on Bill’s choices after he moves out of the Chiswick house.

Maggie and Olivia are extremely close, so much so that happiness of each is tied to the other’s. What outside influences help to shift the balance of support-giving between Maggie and Olivia? Is this relationship healthy at the beginning of the novel? At the end? Why?

When Kate takes out her ad, she wants it to be clear that she doesn’t need help: “It was a need to care for someone else.” It makes sense to the Barretts, as Kate has no family, but then Kate reveals she has an estranged daughter. Does this fit with Kate’s character? What did you think of this revelation, and how did it alter your opinion of Kate? Are you satisfied with Kate’s storyline?

Unlike Maggie’s, Kate’s main parent-child conflict has a clear resolution. Compare the differences in their losses and also in their gains. How and why do they each handle their losses?

Between a Mother and Her Child deals with multiple large, life-changing events, and the characters’ personal growth. A few, however—such as Stan and Scott—remain static throughout. Why are these characters so important to the others? Can you think of any other examples?

Later in the story, we learn that Maggie gave up a dream of competing in the Olympics for Bill and their unborn child. Do you think this has any effect on the way she reacts to the tragedy of losing her son later in life? Does it affect her decisions during the present-day events of Between a Mother and Her Child? Use examples to explain why or why not.

Even though they don’t end up together, Maggie and Bill have an incredibly amiable relationship. Why do you think it is that they are both able to move on by the end of the story, yet stay so close? Do you think they’re actually closer by the end of Between a Mother and Her Child?

Kate sums up one of the book’s major themes when she tells Maggie, “I had to let her go. You can’t hold on to somebody who doesn’t want to be held.” Who else holds on to someone gone in this story? Who is able to let go?

Discuss Aly’s struggle with her need to compete with Jake, even though he’s gone. Why do you think she continues to compete with him? How does she overcome this need—or does she?

Are you satisfied with the conclusion of the story? Do you think you’re meant to be?