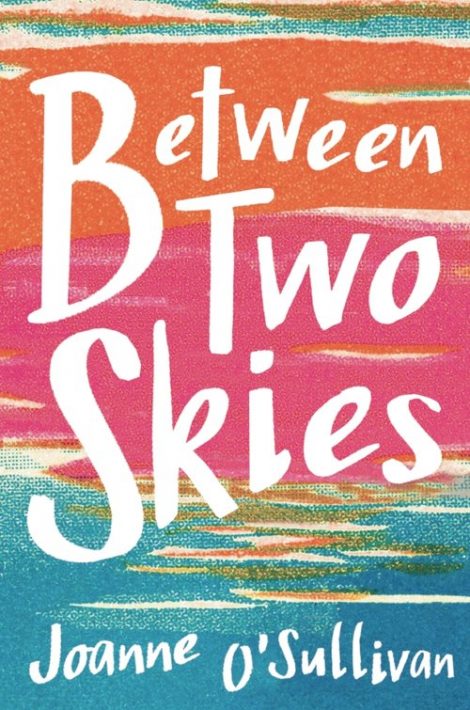 Bayou Perdu, a tiny fishing town way, way down in Louisiana, is home to sixteen-year-old Evangeline Riley. She has her best friends, Kendra and Danielle; her wise, beloved Mamere; and back-to-back titles in the under-sixteen fishing rodeo. But, dearest to her heart, she has the peace that only comes when she takes her skiff out to where there is nothing but sky and air and water and wings. It’s a small life, but it is Evangeline’s. And then the storm comes, and everything changes. Amid the chaos and pain and destruction comes Tru — a fellow refugee, a budding bluesman,

Bayou Perdu, a tiny fishing town way, way down in Louisiana, is home to sixteen-year-old Evangeline Riley. She has her best friends, Kendra and Danielle; her wise, beloved Mamere; and back-to-back titles in the under-sixteen fishing rodeo. But, dearest to her heart, she has the peace that only comes when she takes her skiff out to where there is nothing but sky and air and water and wings. It’s a small life, but it is Evangeline’s. And then the storm comes, and everything changes. Amid the chaos and pain and destruction comes Tru — a fellow refugee, a budding bluesman, a balm for Evangeline’s aching heart. Told in a strong, steady voice, with a keen sense of place and a vivid cast of characters, here is a novel that asks compelling questions about class and politics, exile and belonging, and the pain of being cast out of your home. But above all, this remarkable debut tells a gently woven love story, difficult to put down, impossible to forget.

Hurricane Katrina sets a teenage girl adrift. But a new life — and the promise of love — emerges in this rich, highly readable debut. 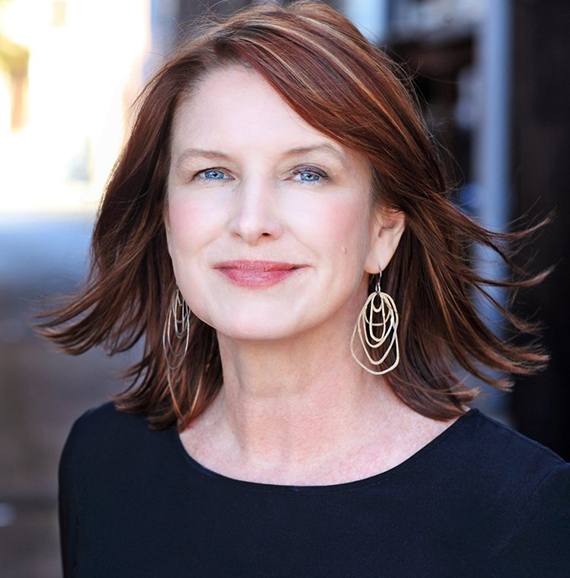 Joanne O’Sullivan is a journalist for the Asheville Citizen-Times. She lived in New Orleans for several years and returns to southern Louisiana frequently. Between Two Skies is her debut novel. She lives in Asheville, North Carolina, with her husband and children.

“Told in a strong, purposeful voice filled with controlled emotion and hope, the impact of Katrina on families is as compelling as Evangeline’s drive to regain her sense of self and belonging.” —Booklist (starred review)

“O’Sullivan’s light touch and restraint will allow readers to follow Evangeline as she stands howling into the wind that howled into her.”—Kirkus Reviews (starred review)

“A multifaceted look at the places we call home and what it means to return.”—Publishers Weekly (starred review)

1. Bayou Perdu is a place, not a person, but it’s a major character in this book. How would you describe the town’s personality? What are its strengths? What are its weaknesses? How is the town transformed by Hurricane Katrina? Why does it endure?

2. Bad weather was common enough in Bayou Perdu that the Riley family always kept a box of family treasures on hand in case they needed to leave quickly. Take a closer look at the contents of that box. What do the items tell you about each family member? What would you put in such a box?

3. Why was Danielle so slow to evacuate Bayou Perdu? What resources did Evangeline have that Danielle and her mother didn’t? How are their lives totally transformed by the storm? Did Katrina end up making Danielle’s future brighter or darker?

4. Just before the storm made landfall, the Rileys checked in to a hotel in Georgia that was filled with others who were fleeing Katrina. Describe the mood in the hotel when they first arrived. How did it change over time? Why?

5. Evangeline isn’t a mermaid, as her father once joked, but she does feel at home on the water. “I feel like if I spend too much time off the water, I start to shrivel up,” she thinks (page 19). Why do you think water is so important to Evangeline? Where do you feel most like yourself? Why?

6. What were the major differences that divided Evangeline and Mandy when they lived at home? How does their relationship change in Atlanta? Does Katrina bring them closer together? Why or why not?

7. How do you define a refugee? How do refugees from foreign countries differ from American refugees, like the Rileys? What help does your community offer refugees? Are all refugees treated the same way?

8. Why doesn’t Evangeline want to take the $200 gift card that is offered to her at the shelter in Atlanta? What changes her mind?

9. The political science teacher in Atlanta asks the class: “What does the government have an obligation to provide for its citizens?” (page 78). How do Evangeline’s classmates respond? How would you?

10. “The line between mothers and daughters isn’t always easy,” Mamere says to Evangeline. “Sometimes it skips a generation, like with me and you” (page 225). Why is it hard for Evangeline to talk to her mother? Why is she so comfortable with Mamere?

11. Discuss how each member of the Riley family adjusts to Atlanta. Why is the move so difficult for Evangeline’s father? Why is it much easier for her mother? What does Mandy mean when she looks back at herself in Bayou Perdu and says, “I’m not her anymore. She’s gone” (page 84)?

12. Compare Brookdale High in Atlanta to Bayou Perdu High. Which would you rather attend? Why?

13. “I think the things we love are what lead us to our fate, you know?” Tru says to Evangeline (page 119). “Maybe that’s what fate is. When you catch up to the things you love.” Do you agree? Why or why not?

14. Ms. Bell, the counselor at Brookdale High, reaches out to Evangeline. Do you think Evangeline would have sought help on her own? What difference does Ms. Bell make in Evangeline’s life?

15. Communications technology has changed a lot since 2005. Do you think Evangeline would have lost touch with Danielle and Tru if Katrina had hit in 2017? Why or why not?

16. The title of this book comes from a famous poem by Henry Wadsworth Longfellow. Why is that poem so important to Evangeline’s family and all the Cajuns of Louisiana? Why are so many women in the family named after the poem? What experience does Evangeline Riley share with Longfellow’s Evangeline?

17. Between Two Skies ends with a brief update from 2007. Try to imagine what has happened to the Rileys and their friends in the time between then and now. What career has Evangeline pursued? Is Tru still in her life? Where is Mandy? Are Mr. and Mrs. Riley still married and living in Louisiana?