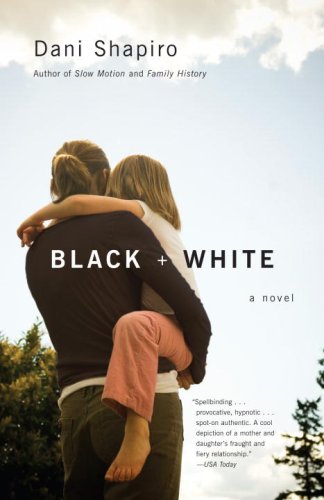 Clara Brodeur has spent her entire adult life pulling herself away from her famous mother, the renowned and controversial photographer Ruth Dunne, whose towering reputation rests on the unsettling nude portraits she took of her young daughter.

At age eighteen, sick of her notoriety as “the girl in the pictures,” Clara fled New York City, settling and making her own family in small-town Maine. But years later, when Ruth reaches out from her deathbed, Clara suddenly finds herself drawn back to the past she thought she had escaped. From the beloved author of Family History and Slow Motion,

Clara Brodeur has spent her entire adult life pulling herself away from her famous mother, the renowned and controversial photographer Ruth Dunne, whose towering reputation rests on the unsettling nude portraits she took of her young daughter.

At age eighteen, sick of her notoriety as “the girl in the pictures,” Clara fled New York City, settling and making her own family in small-town Maine. But years later, when Ruth reaches out from her deathbed, Clara suddenly finds herself drawn back to the past she thought she had escaped. From the beloved author of Family History and Slow Motion, a spellbinding novel that asks: How do we forgive those who failed to protect us?

Dani Shapiro is the author of four acclaimed novels, Family History, Playing with Fire, Fugitive Blue, and Picturing the Wreck, and the best-selling memoir Slow Motion. She teaches in the graduate writing program at The New School, and has written for TheNew York Times, Granta, Elle, and Ploughshares, among other magazines. She lives with her husband and son in Litchfield County, Connecticut.

“Shapiro’s central characters are expertly rendered: both the damaged Clara, whose childhood trust in and love for her mother was abused, and Ruth, whose love for her daughter and her art were so inextricably linked that they became interchangeable.” —Elle

What does the book’s title suggest about life’s absolutes? Is it possible for moral absolutes to exist—and to survive—in a family?

The novel’s epigraph features Walker Evans’s imperative to “Stare. It is the way to educate your eye, and more. Stare, pry, listen, eavesdrop. Die knowing something. You are not here long.” Does Ruth’s work with Clara constitute an attempt to educate the eye? There is a vivid contrast between the immediacy of Evans’s photos of Depression-era sharecroppers and the artifice of Ruth’s carefully staged compositions. What do you make of Shapiro’s use of the quote from Evans? Does Ruth die “knowing something”? If so, what is it?

When Sammy innocently suggests that they throw away all of Ruth’s old magazines, Clara experiences a moment of “near-euphoric clarity” [p. 203]. Why? What does the act of purging “her mother’s apartment of all that is unnecessary . . . every single unessential thing” represent to Clara [p. 203]?

Ruth’s first words to Clara, after fourteen years of silence, are “Wait a minute” [p. 14]. What’s the significance of this? In what ways has Ruth kept Clara waiting, or in a state of suspended animation, over the years?

Photographer Sally Mann’s photographs of her own children, often pictured nude and in intimate settings, have been vilified as pornographic by some critics. Is Ruth meant to evoke Mann? How does the narrator describe Ruth’s photographs? Do they read as beautiful? Lurid? Upsetting? To what extent is the narration sympathetic with Clara? How would the novel be different if the story were told in first person with Clara as the narrator? With Ruth as the narrator?

On her final circuit of the art galleries in Chelsea, Ruth suffers the devastating embarrassment of anonymity. How does her humiliation affect Clara?

Robin believes that she was neglected while Clara received all of Ruth’s attention. How has she channeled this neglect in her adult life? Does she undergo a transformation in the course of the novel?

Rather than relish the memory of “the year her mother left her alone,” Clara recalls the year as “blank, like a skipped page in a notebook. A mistake” [p. 164]. In fact, Clara goes so far as to study the critics’ reactions to this gap in Ruth’s career: “Whole academic papers have been published on the subject. Clara’s personal favorite, ‘The Interrupted Gaze,’ . . . is a psychoanalytic meditation on Ruth’s work” [p. 164]. Why does Clara insist on immersing herself in what is ostensibly her least favorite topic, to the extent of reading academic papers? Does her obsessive behavior affect your ability to empathize with her? Is it meant to?

Kubovy is certain that Nathan “would be no more than a footnote in the ultimate biography of Ruth Dunne” [p. 89]. Is he right? Is Nathan merely a footnote in the novel? Why is there so little information about his death and its impact on the three women in the family?

The act of creating a family of her own gives Clara the opportunity to examine every nuance of her mother’s behavior from a safe distance. By comparing Ruth’s gaze to Jonathan’s, Clara realizes that “Ruth’s attention was predatory, stalking. . . Laying claim to her. . . . Drowning out all that is good” [p. 123]. Yet, as a mother, Clara also “knows the feeling. . . . The desire to devour, the almost physical need to envelop and keep safe” [p. 133]. How do these opposing insights serve Clara when she comes face-to-face with Ruth at last?

Ruth’s claim that, “it’s my work. It’s not about you-it was never about you” [p. 79] astonishes Clara and sets up a staggering dividing line between the two women early in their reunion. Is this remark meant to emphasize Ruth’s extreme self-absorption, or Clara’s? Can this moment be considered the climax of the novel?

When an affronted Peony challenges Clara and Robin about their apparent disregard for Ruth’s dignity, she asks, “How can you not understand how lucky you are?” [p. 207]. Why does the section end there, without exposing the two sisters’ reactions to this question? What would their answers have been?

During Ruth’s final hours, she begs Sam for forgiveness, mistaking the child for Clara. Clara fails to rescue her frightened daughter from this awkward scenario because “she can’t help it. She wants to hear more” [p. 220]. What does this scene suggest about Clara’s weaknesses? Why doesn’t she prompt Sam to agree to forgive the dying woman? Is Clara’s reticence at this crucial moment justifiable?

Clara’s obsession with the photographs of herself is linked to her concept of identity. As a child, they represent togetherness with her mother: “Sometimes Clara imagines that they are together in that black-and-white world, that the place inside the pictures is the real one and this—all this is just a rehearsal” [p. 52]. As an adult, she is able to recognize a photo of herself from the tiniest sliver of image “because those images have always been more vivid and immediate to Clara than anything she might actually be seeing” [p. 76]. What does this imply about Clara’s sense of self? What shifts for Clara over the course of the novel, providing her with the emotional wherewithal to host the book party? What is the significance of her catching a glimpse of herself in the mirror in the book’s final paragraph?

Ruth’s enigmatic dedication in the book Clara reads: “To Clara and Robin, Without whom.” What are some possible meanings of this phrase, beyond the obvious “without whom none of it would have been possible” [p. 255]?

Clara’s emotional reactions to Ruth’s illness ricochet from fear, “Please don’t be dead” [p. 137], to dispassion, “Just die. . . . Just die already” [p. 177], to guilt, “I’m killing her . . . it’s my fault she’s dying” [p. 228]. What do these phrases reveal about the complexities of death in a dysfunctional family? What is Clara’s emotional state at the moment of Ruth’s actual death?

As Clara peruses a stack of photographs of herself at her mother’s bedside, she is “overtaken by a violent, intense desire to rip the pictures in two” and “sits on her hands . . . to stop herself from doing something she can never take back” [p. 77]. How would the novel be different if Clara had acted on this impulse? Would she be a more or less likable character? Are the photographs hers to destroy?

Clara’s stunned reaction to being left in control of Ruth’s body of work is the liberating, optimistic conclusion “She loved me” [p. 252]. Do you agree that this is Ruth’s posthumous message to her daughter, or might there be a more psychologically complex message at the root of her decision?