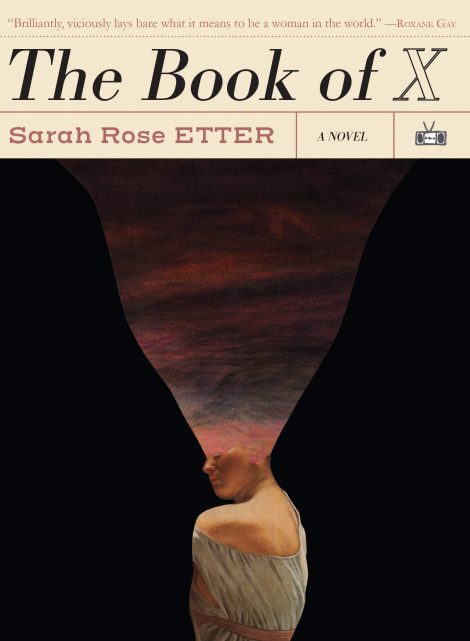 THE BOOK OF X

A surreal exploration of one woman’s life and death against a landscape of meat, office desks, and bad men.

The Book of X tells the tale of Cassie, a girl born with her stomach twisted in the shape of a knot. From childhood with her parents on the family meat farm, to a desk job in the city, to finally experiencing love, she grapples with her body, men, and society, all the while imagining a softer world than the one she is in. Twining the drama of the everyday—school-age crushes, paying bills, the sickness of parents—with the surreal—rivers of thighs,

A surreal exploration of one woman’s life and death against a landscape of meat, office desks, and bad men.

The Book of X tells the tale of Cassie, a girl born with her stomach twisted in the shape of a knot. From childhood with her parents on the family meat farm, to a desk job in the city, to finally experiencing love, she grapples with her body, men, and society, all the while imagining a softer world than the one she is in. Twining the drama of the everyday—school-age crushes, paying bills, the sickness of parents—with the surreal—rivers of thighs, men for sale and fields of throats—Cassie’s realities alternate to create a blurred, fantastic world of haunting beauty. 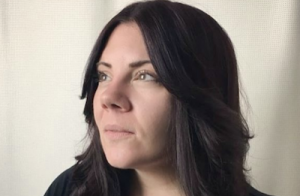 Sarah Rose Etter is the author of Tongue Party (Caketrain Press). Her work has appeared or is forthcoming in The Cut, Electric Literature, VICE, Guernica, Philadelphia Weekly, and more. She is the recipient of writing residencies at the Disquiet International Program in Portugal, and the Gullkistan Creative Program in Iceland. She earned her MFA from Rosemont College. She lives in San Francisco.

“There are very few good reasons to use the word oneiric in a sentence and here is one of them: It’s one of the few English adjectives appropriate to Sarah Rose Etter’s novel about a woman born with a stomach disfigurement who navigates the world (as we all do) with the trepidation and fury and occasional exultation that results from having a disappointing body.” —Molly Young, Vulture, The Best Books of 2019

“At its heart, Etter’s is a coming-of-age novel about difference, the female body, and the male gaze, but the author’s surreal imagination and laser-precise prose make for an indelible read.” —James Tate Hill, Lit Hub, “5 Small Press Audiobooks To Give As Gifts This Year”

“Sarah Rose Etter’s The Book of X belongs to a literary conversation about the grotesque and surreal. Shaped like a prose sculpture, her debut novel juxtaposes the surrealism of youth with the realities of capitalism; it is the story of being raised in a rural area, and disappearing into a city. Sarah Rose Etter discusses life as loose ends, not something tied up with a pretty bow, and creating a novel not in search of resolve, redemption, or everything becoming better. The Book of X has a fresh vision that makes it a strange book in strange times.” —Michael Silverblatt, Bookworm on KCRW

“In the utterly unique and remarkable The Book of X, Sarah Rose Etter takes the surreal and expertly shapes it into a portrait that is as beautiful and compelling as it is horrifying and unbearable… Etter brilliantly, viciously lays bare what it means to be a woman in the world, what it means to hurt, to need, to want, so much it consumes everything.” —Roxane Gay, author of Bad Feminist

“I loved every page of this gorgeous, grotesque, heartbreaking novel.” —Carmen Maria Machado, author of Her Body and Other Parties

1. Much of The Book of X is focused on Cassie, the main character, being born in the shape of a knot, a hereditary condition passed down from the female side of her family. What parallels can you draw between this surreal physical condition and your body? Do you find the idea of the knot to be effective as a literary device? Why or why not?

2. Cassie’s relationship with her mother is marked with difficulty, as her mother constantly attempts to “improve” her—whether through weight loss, dresses, or new makeup. How would you have improved or distanced yourself from this relationship if you were Cassie? Are the actions of the mother enough to warrant the ending of that relationship? Do Cassie and her mother love each other?

5. Throughout the book, Cassie is haunted by visions of another life—one which she describes as better than her current life. However, those visions often veer into the horrifying. How did her visions drive the story for you? What impact did they have on your understanding of her as a character? Which visions were the most impactful?

6. After Cassie moves to the city, she is forced to adjust her understanding of the world. How does this change in location impact her mentality? What does the city represent to Cassie? Have you ever moved to a new place and felt the same displacement Cassie faces?

7. Cassie’s relationship with men throughout the book is marked with assault, rejection, and finally love. How do these different experiences shape her as a person? Does her relationship with Henry represent real love, imaginary love, or flawed love? How does love function throughout the book as a part of Cassie’s life? Do you relate to her experiences? Are there right or wrong ways to love someone?

8. After her surgery, Cassie believes her life will improve. How does Cassie’s relationship to her body change or stay the same after surgery? Is there any marked difference in her life? How is her surgery a rejection of her lineage? How are our bodies a reflection of ourselves—and how are they not?

9. Surrealism plays a major part in the portrayal of Cassie’s life. How did you respond to this technique? What imagery or scenes resonated with you? How did surrealism help or hurt the plot of the novel?

10. The death of Cassie’s father leads to the final outcome of the book. Why was his death such a pivotal moment for her? How could she have faced her own pain differently?

My father guides the truck over the land through the town to the big cemetery. Here, the strangers are buried. The sun is fat and hot in the blue sky.

“You ready to play our favorite game?” my father asks.

He stops the truck and we climb out. The steel black gate lets out a low moan when he unlatches it. We step into the cemetery, long green grass sprouting up between the headstones which jab up out of the ground like strange granite teeth.

I work my way through the cemetery, weaving through the graves. I get lost in the names, the small tombstones.

We climb back into the car. He puts a very sad song on the stereo and hums along as he drives us to the ice cream store, the second part of our ritual.

“I’ll still buy you one,” my father says.

We both buy vanilla. We don’t speak on the drive home, just listen to the very sad song again and again as he navigates us home.