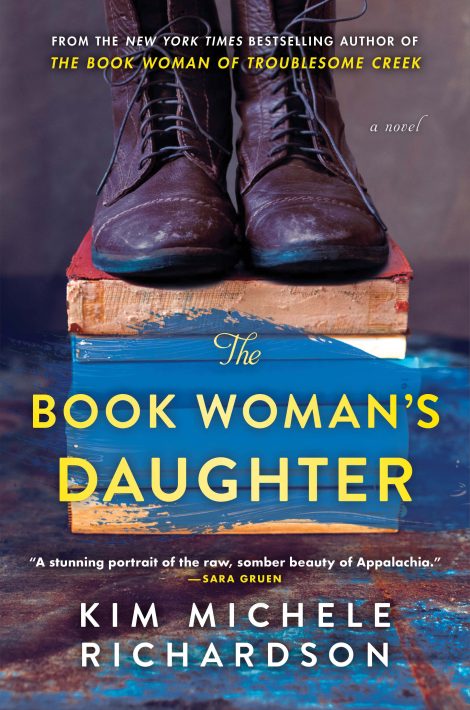 Bestselling historical fiction author Kim Michele Richardson is back with the perfect book club read following Honey Lovett, the daughter of the beloved Troublesome book woman, who must fight for her own independence with the help of the women who guide her and the books that set her free.

In the ruggedness of the beautiful Kentucky mountains, Honey Lovett has always known that the old ways can make a hard life harder. As the daughter of the famed blue-skinned, Troublesome Creek packhorse librarian, Honey and her family have been hiding from the law all her life. But when her mother and father are imprisoned,

Bestselling historical fiction author Kim Michele Richardson is back with the perfect book club read following Honey Lovett, the daughter of the beloved Troublesome book woman, who must fight for her own independence with the help of the women who guide her and the books that set her free.

In the ruggedness of the beautiful Kentucky mountains, Honey Lovett has always known that the old ways can make a hard life harder. As the daughter of the famed blue-skinned, Troublesome Creek packhorse librarian, Honey and her family have been hiding from the law all her life. But when her mother and father are imprisoned, Honey realizes she must fight to stay free, or risk being sent away for good.

Picking up her mother’s old packhorse library route, Honey begins to deliver books to the remote hollers of Appalachia. Honey is looking to prove that she doesn’t need anyone telling her how to survive. But the route can be treacherous, and some folks aren’t as keen to let a woman pave her own way.

If Honey wants to bring the freedom books provide to the families who need it most, she’s going to have to fight for her place, and along the way, learn that the extraordinary women who run the hills and hollers can make all the difference in the world. 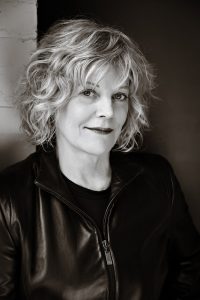 New York Times and USA Today bestselling author, Kim Michele Richardson, is a multiple-award winning author who has written five works of historical fiction, and a bestselling memoir. Kim Michele was born and raised in Kentucky and lives there with her family and beloved dogs.

“In Kim Michele Richardson’s beautifully and authentically rendered The Book Woman’s Daughter she once again paints a stunning portrait of the raw, somber beauty of Appalachia, the strong resolve of remarkable women living in a world dominated by men, and the power of books and sisterhood to prevail in the harshest circumstances. A critical and profoundly important read for our time. Badassery womanhood at its best!”— Sara Gruen, #1 New York Times bestselling author of Water for Elephants

“The undeniable warmth that permeates Kim Michele Richardson’s fiction is rooted in a love for her home state of Kentucky, her characters and, it seems, the art of writing itself. …her story transforms into a meditation on womanhood, literature, resilience and freedom. It’s a spellbinding tale.” — Book Page

1. Discuss the types of circumstances in which a child, or parent, would ask for a Declaration of Emancipation. Thinking about emancipation and the LeAnn Rimes/Britney Spears issues where the child is earning huge dollars that the parent “manager” is squandering or keeping from the child improperly, what should be put in place to prevent this?

2. Children, especially rural children, were a valuable commodity to families who needed farm labor without having to pay wages. Society continues to be mostly patriarchal, and during the time in which this novel was set, it was the father who could “express” emancipation and consent to his child’s emancipation. Discuss patriarchal laws and the role they have played, and continue to play, in shaping women and children’s rights and lives.

3. Does prison labor for children still exist like the historical House of Reform in Kentucky? Do children have to work in juvenile facilities as they once did? Should they have to?

4. Dogs are well-known for their protective instincts, but in this book, Junia the mule and Tommie the rooster protect Honey and Wrenna. What other animals have been known to protect their people?

5. Honey’s interactions with a far more sophisticated Pearl show a glimpse into innocence and youth, the old land waking up to modernism creeping in, and the mountainfolk caught between their old hard ways and the new advanced world. Though Honey has been well educated by Book Woman Cussy in writing, reading, and more, her isolated life has held her back in other ways. Honey’s new friend Pearl is far ahead of her with modern gadgets, young men, parties, and drinking. Discuss their differences, the women’s strengths and vulnerabilities, and their adjustments to new environments.

6. Discuss the different jobs Honey, Pearl, Bonnie, and Amara held. What were the dangers they faced? What are unusual jobs women hold today versus years ago?

7. Discuss book banning of long ago and today.

8. Honey’s mother, Cussy Mary Lovett, is subjected to forced sterilization while imprisoned for violating Kentucky’s anti-miscegenation laws. The American eugenics movement led to this and other atrocities against individuals who were seen as different, including minorities and people with disabilities. Discuss why it is important to remind ourselves of the role eugenics played in America’s not-so-distant past.

9. Child marriages are a global problem that can lead to dangerous and devastating consequences. In America, the marriageable age is determined by states. Many still allow child marriages between the ages of fourteen to seventeen with parental or judicial consent. There are some cases where children have married at age twelve and younger. What are the dangers of being a child bride or groom?

10. Choose a character from the novel and imagine what their future would hold.

11. Honey is surprised to find out that Loretta Adams had attended one of Kentucky’s Moonlight Schools, which served the uneducated and the elderly. What do you think it would have been like to learn or teach at a Moonlight School?

12. Laws banning interracial marriage in America were first passed in the seventeenth century. They were enacted in many states until they were declared unconstitutional by the U.S. Supreme Court in 1967. Alabama became the last state to remove laws banning interracial marriage from its statutes in the year 2000. Do you know what anti-miscegenation laws your state passed and when they were abolished?

13. Discuss what the history of these laws can tell us about race and marriage in America, both then and now.

14. How do you think Honey, Cussy, and Jackson’s lives would unfold over the next two decades? What relevant laws will change, if any?

15. If you were to craft a scrapbook for isolated people, as the Pack Horse librarians did long ago, what would you include?

16. What are popular and favorite recipes of your family and region, and how do they differ or stand out from other families and places?

17. Do you think Honey purposely selected books from her personal collection to empower her female patrons? What books would you select to empower the underserved or disadvantaged in your area, and why?

A Note from Kim Michele Richardson

Born and raised in Kentucky, I’ve set all my books in my home state, and it’s always a privilege to share the stories of my fellow Kentuckians with you, my readers. In writing The Book Woman of Troublesome Creek, I hoped to craft a portrait of the indomitable spirit and the remarkable journey of the little-known American literacy pioneers who worked for the Pack Horse Library project and of the historical Blue-skinned people of my home state. It has been a wondrous gift, a privilege, and one of my greatest honors to share the stories of my brave Kentucky sisters.

The Pack Horse Library Project became an important bridge to education for many who had no access to schools. Literacy offered a break from the cycle of debilitating poverty. More importantly, it gave empowerment and freedom to fierce, courageous women who accomplished what many never could in an unforgiving landscape, battling everything from inclement weather, prejudices, mistrust, treacherous terrain, and extreme poverty—and doing it all during Kentucky’s most violent era, the bloody coal mine wars.

Pack Horse librarians, including their children and grandchildren. The novel also gives the unique Blue-skinned Kentuckians a voice they’d long been denied due to ignorance, stereotyping, and misunderstanding of their medical condition. It’s a privilege and joy to know these fellow inhabitants of my home state, and I’m extremely proud of several of the Blues who have continued to carry on an important legacy as librarians.

I’m forever humbled and indebted to you, dear reader, for picking up The Book Woman of Troublesome Creek, and I hope you enjoy The Book Woman’s Daughter. I’m thrilled to revisit the Pack Horse Library Project and share more of its history, and also introduce you to unique initiatives of my home state, as well other remarkable Kentucky women who held uncommon and demanding jobs during a time when men dominated the workforce and women and children were ruled by patriarchal law.

I hope you will enjoy reading these novels as much as I loved writing them for you, and moreso, I pray the books entertain and offer you a small respite from the sadness and uncertainty we’ve all suffered over the last two years.