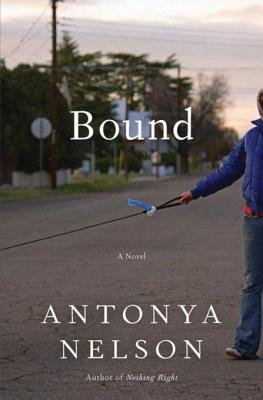 Even after nearly two decades of marriage, Oliver and Catherine Desplaines maintain their secrets. Oliver, an aging entrepreneur, has spent his life looking for the next opportunity, in business and love. Catherine is his third wife, closer in age to his estranged daughters, and he’s just fallen giddily, yet again, for an even younger woman.

Catherine herself is seemingly placid and content, supporting Oliver’s career and heaping affection on their pet corgis, but she has ghosts of a past she scarcely remembers. When her high school best friend dies, Catherine learns she is the namesake,

Even after nearly two decades of marriage, Oliver and Catherine Desplaines maintain their secrets. Oliver, an aging entrepreneur, has spent his life looking for the next opportunity, in business and love. Catherine is his third wife, closer in age to his estranged daughters, and he’s just fallen giddily, yet again, for an even younger woman.

Catherine herself is seemingly placid and content, supporting Oliver’s career and heaping affection on their pet corgis, but she has ghosts of a past she scarcely remembers. When her high school best friend dies, Catherine learns she is the namesake, and now guardian, of a missing teenage girl. Another specter of her adolescence has also risen: the notorious serial killer, BTK (Bind, Torture, and Kill), taunting Wichita police and boosting local news ratings after years of silence.

Antonya Nelson is the author of nine books of fiction, including Nothing Right and the novels Talking in Bed, Nobody’s Girl, and Living to Tell. Nelson’s work has appeared in the New Yorker, Esquire, Harper’s, Redbook, and many other magazines, as well as in anthologies such as Prize Stories: The O. Henry Awards and The Best American Short Stories. She has received a Guggenheim Fellowship, an NEA Grant, the Rea Award for the Short Story, and, recently, the United States Artists Simon Fellowship. She is married to the writer Robert Boswell and lives in New Mexico, Colorado, and Texas, where she holds the Cullen Chair in Creative Writing at the University of Houston.

“Nelson’s prose looks to be as sleekly tough-minded as ever … essential for those serious about contemporary literature.”
—Library Journal

“This deft tale of messy, modern family life crackles with truth and originality…Nelson has a gift for sharply etched characters and dazzling lyrical prose.”—People

“Gripping…An exploration of the delicate, painful connections among us… A veteran storyteller, Nelson nearly gets away with these devices, simultaneously dodging heavy-handedness, cliché, and preciosity… Nelson explores these connections and disconnects in understated, exact, and frequently witty prose.”
—Boston Globe

Bound begins and ends with Max, Misty and Cattie’s dog who survives a car crash and finds a new life in Arizona. What does Max’s dog’s-eye view add to the novel? How are Cattie, Randall, Catherine, and Elise changed by dog ownership over the course of the novel?

News of the serial killer BTK winds through Bound. Although we never meet the BTK in the novel, how does his reappearance in Wichita pull all the characters together?

Misty dies in the first chapter of Bound, but her life becomes clearer as the novel continues. What first impression does Misty make before her fatal car accident? How does Misty’s character come into focus, as we learn more about her early years in Wichita and her midlife successes in Houston?

Discuss how Cattie handles the loss of her mother. How does she manage her grief, and at which moments is she overwhelmed with emotion? Consider the feelings of guilt that Cattie expresses when she declares, “the fact remained: her mother had been alive, and sober, when they lived in the same place” (30).

Consider Oliver’s attitude toward the women in his life, including his wives, daughters, and “Sweetheart.” What is Oliver’s philosophy of love and fidelity? Why does his affair with the Sweetheart eventually fizzle? Of all the women from his past, who continues to have the strongest hold on him today?

Discuss Catherine’s attitudes toward her hometown. Is it surprising that Misty left Wichita instead of Catherine? Why or why not? How does Cattie’s move to Wichita help Catherine see Wichita in new ways?

Consider the circumstances of Cattie’s cross-country road trip with Randall. How does this unlikely pair come together? How does Cattie feel when Randall disappears after they run out of gas? What reasons might Randall have had for leaving Cattie?

Oliver and the BTK are both “Wichitans to Watch” in the local newspaper. How does Oliver react to this public link to the serial killer? Why does Oliver feel a private “shiver of troubling recognition” when the BTK is finally caught (223)? Which of his own secrets does Oliver recognize within the BTK’s rise and fall?

Catherine eventually realizes that Cattie “had not been running away, she’d been running home” (191). What does “home” mean to Catherine and to Cattie? Does either of them find a true home by the end of the novel? Why or why not?

Consider how the events of Bound force characters to reconsider their public lives and private histories. Which characters have tried to break from the past and reinvent themselves? Which characters are able to come to terms with their personal past?

Discuss the second-to-last scene of Bound, Yasmin Keene’s funeral. How does the ceremony bring characters together in new ways? Why does Catherine confess to Dr. Keene’s children, “Your mom terrified me,” instead of simply reading her mother’s prepared list of Dr. Keene’s accomplishments (209)? Why do Dr. Harding and Oliver both disapprove of Catherine’s emotional words? How does Cattie cope with attending a funeral that is not her mother’s?

Consider the significance of names in the novel. Why might Misty have named her daughter after her old friend Catherine? What does a dog’s change in name—from Misty’s “Max” to Elise’s “Prozac”—suggest about the power of naming in Bound?

Antonya Nelson is an acclaimed author of short stories as well as a talented novelist. If you have read her stories, how do they compare to Bound? What settings, themes, or moods does Bound share with some of Nelson’s stories?

Discuss the meaning of the title Bound. Who is bound together in the novel—legally, emotionally, or unwillingly? Which bonds are broken over the course of the novel, and what new bonds are formed?