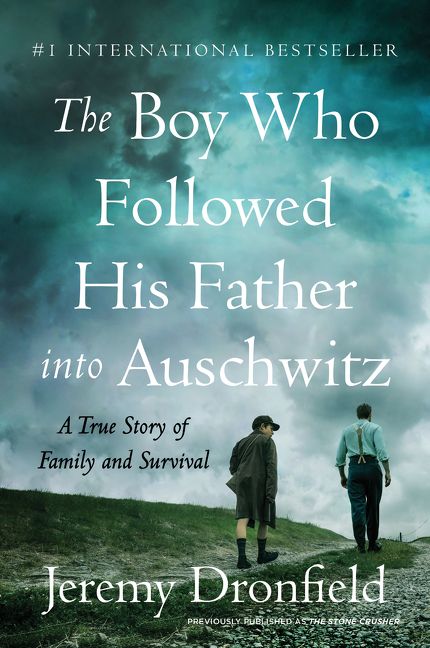 THE BOY WHO FOLLOWED HIS FATHER INTO AUSCHWITZ

A True Story of Family and Survival

The #1 Sunday Times bestseller—a remarkable story of the heroic and unbreakable bond between a father and son that is as inspirational as The Tattooist of Auschwitz and as mesmerizing as The Choice.

Where there is family, there is hope

In 1939, Gustav Kleinmann, a Jewish upholster from Vienna, and his sixteen-year-old son Fritz are arrested by the Gestapo and sent to Germany. Imprisoned in the Buchenwald concentration camp, they miraculously survive the Nazis’ murderous brutality.

Then Gustav learns he is being sent to Auschwitz—and certain death.

The #1 Sunday Times bestseller—a remarkable story of the heroic and unbreakable bond between a father and son that is as inspirational as The Tattooist of Auschwitz and as mesmerizing as The Choice.

Where there is family, there is hope

In 1939, Gustav Kleinmann, a Jewish upholster from Vienna, and his sixteen-year-old son Fritz are arrested by the Gestapo and sent to Germany. Imprisoned in the Buchenwald concentration camp, they miraculously survive the Nazis’ murderous brutality.

Then Gustav learns he is being sent to Auschwitz—and certain death.

For Fritz, letting his father go is unthinkable. Desperate to remain together, Fritz makes an incredible choice: he insists he must go too. To the Nazis, one death camp is the same as another, and so the boy is allowed to follow.

Throughout the six years of horror they witness and immeasurable suffering they endure as victims of the camps, one constant keeps them alive: their love and hope for the future.

Based on the secret diary that Gustav kept as well as meticulous archival research and interviews with members of the Kleinmann family, including Fritz’s younger brother Kurt, sent to the United States at age eleven to escape the war, The Boy Who Followed His Father into Auschwitz is Gustav and Fritz’s story—an extraordinary account of courage, loyalty, survival, and love that is unforgettable. 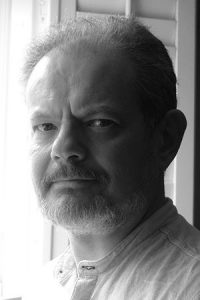 Jeremy Dronfield is a biographer, historian, novelist and former archaeologist. His recent non-fiction titles include Dr James Barry: A Woman Ahead of Her Time, a Sunday Times Book of the Year. He lives in England.

“Brilliantly written, vivid, a powerful and often uncomfortable true story that deserves to be read and remembered. It beautifully captures the strength of the bond between a father and son.” – Heather Morris, author of #1 New York Times bestseller The Tattooist of Auschwitz

“Today, when studies are showing many Americans know little about the Holocaust, this will serve as a compelling remedy: a personal and universal account of brutality at its worst and of family devotion at its best.” – Kirkus Reviews (starred review)

“An extraordinary tale of endurance and filial love. It is a miraculous story with many twists and Dronfield tells it well in an energetic and lively style.” – The Times (London)

“The horrors of the Holocaust are effectively conveyed on a human scale in this gripping account.” – Publishers Weekly

“Heart-wrenching yet compelling. . . . Beautifully written, deeply poignant in its detail, it is a necessary testament today in the fight against Holocaust denial.” – Helen Fry, author of The London Cage: The Secret History of Britain’s World War II Interrogation Center

“A deeply humane account. This book could not be more timely and deserves the widest possible readership.” – Daily Express (UK)

Gustav Kleinmann’s lean fingers pushed the fabric under the foot of the sewing machine; the needle chattered, machine-gunning the thread into the material in a long, immaculate curve. Next to his worktable stood the armchair it was intended for, a skeleton of beechwood with taut webbing sinews and innards of horsehair. When the panel was stitched, Gustav fitted it over the arm; his little hammer drove in the nails—plain tacks for the interior, studs with round brass heads for the outer edge, tightly spaced like a row of soldiers’ helmets; in they went with a tap-tapatap.

It was good to work. There wasn’t always enough to go around, and life could be precarious for a middle-aged man with a wife and four children. Gustav was a gifted craftsman but not an astute businessman, although he always muddled through. Born in a tiny village by a lake in the historic kingdom of Galicia,* a province of the Austro-Hungarian Empire, he’d come to Vienna at age fifteen to train as an upholsterer, and then settled here. Called to military service in the spring of the year he turned twenty-one, he’d served in the Great War, been wounded twice and decorated for bravery, and at the war’s end he’d returned to Vienna to resume his humble trade, working his way up to master craftsman. He had married his girl, Tini, during the war, and together they had raised four fine, happy children. And there was Gustav’s life: modest, hardworking; and if not entirely content, he was at least inclined to be cheerful.

The droning of airplanes interrupted Gustav’s thoughts; it grew and receded as if they were circling over the city. Curious, he laid down his tools and stepped out into the street.

Im Werd was a busy thoroughfare, noisy with the clop and clatter of horse-drawn carts and the grumbling of trucks, the air thick with the smells of humanity, fumes, and horse dung. For a confusing moment it appeared to Gustav to be snowing—in March!—but it was a blizzard of paper fluttering from the sky, settling on the cobbles and the market stalls of the Karmelitermarkt. He picked one up.

For the first time in the history of our Fatherland, the leadership of the state requires an open commitment to our Homeland . . .1

Propaganda for this Sunday’s vote. The whole country was talking about it, and the whole world was watching. For every man, woman, and child in Austria it was a big deal, but for Gustav, as a Jew, it was of the utmost importance—a national vote to settle whether Austria should remain independent from German tyranny.

For five years, Nazi Germany had been looking hungrily across the border at its Austrian neighbor. Adolf Hitler, an Austrian by birth, was obsessed with the idea of bringing his homeland into the German Reich. Although Austria had its own homegrown Nazis eager for unification, most Austrians were opposed to it. Chancellor Kurt Schuschnigg was under pressure to give members of the Nazi Party positions in his government, Hitler threatening dire consequences if he didn’t comply—Schuschnigg would be forced out of office and replaced with a Nazi puppet; unification would follow, and Austria would be swallowed by Germany. The country’s 183,000 Jews regarded this prospect with dread.2

The world watched keenly for the outcome. In a desperate last throw of the dice, Schuschnigg had announced a plebiscite—a referendum—in which the people of Austria would decide for themselves whether they wanted to keep their independence. It was a courageous move; Schuschnigg’s predecessor had been assassinated during a failed Nazi coup, and right now Hitler was ready to do just about anything to prevent the vote going ahead. The date had been set for Sunday, March 13, 1938.

Nationalist slogans (“Yes for Independence!”) were pasted and painted on every wall and pavement. And today, with two days to go until the vote, planes were showering Vienna with Schuschnigg’s propaganda. Gustav looked again at the leaflet.

. . . For a free and Germanic, independent and social, Christian and united Austria! For peace and work and equal rights for all who profess allegiance to the people and the Fatherland.

. . . The world shall see our will to live; therefore, people of Austria, stand up as one man and vote YES!3

These stirring words held mixed meanings for the Jews. They had their own ideas of Germanism—Gustav, immensely proud of his service to his country in the Great War, considered himself an Austrian first and a Jew second.4 Yet he was excluded from Schuschnigg’s Germanic Christian ideal. He also had reservations about Schuschnigg’s Austrofascist government. Gustav had once been an organizer for the Social Democratic Party of Austria. With the rise of the Austrofascists in 1934, the party had been violently suppressed and outlawed (along with the Nazi Party).

But for the Jews of Austria at this moment, anything was preferable to the kind of open persecution going on in Germany. The Jewish newspaper Die Stimme had a banner in today’s edition: “We support Austria! Everyone to the ballot boxes!”5 The Orthodox paper Jüdische Presse made the same call: “No special request is needed for the Jews of Austria to come out and vote in full strength. They know what this means. Everyone must fulfil his duty!”6

Through secret channels, Hitler had threatened Schuschnigg that if he didn’t call off the plebiscite, Germany would take action to prevent it. At this very moment, while Gustav stood in the street reading the leaflet, German troops were already massing at the border.