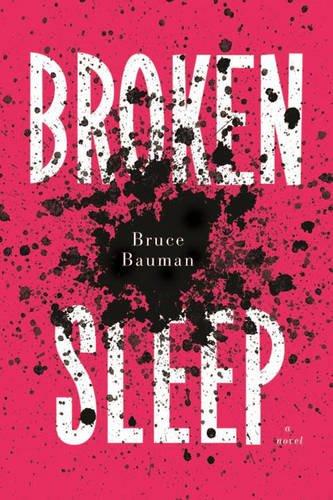 Spanning 1940s to 2020s America, a Pynchon-esque saga about rock music, art, politics, and the elusive nature of love

Meet everyman Moses Teumer, whose recent diagnosis of an aggressive form of leukemia has sent him in search of a donor. When he discovers that the woman who raised him is not his biological mother, he must hunt down his birth parents and unspool the intertwined destinies of the Teumer and Savant families.

Salome Savant, Moses’s birth mother, is an avant-garde artist who has spent her life in and out of a mental health facility.

Spanning 1940s to 2020s America, a Pynchon-esque saga about rock music, art, politics, and the elusive nature of love

Meet everyman Moses Teumer, whose recent diagnosis of an aggressive form of leukemia has sent him in search of a donor. When he discovers that the woman who raised him is not his biological mother, he must hunt down his birth parents and unspool the intertwined destinies of the Teumer and Savant families.

Salome Savant, Moses’s birth mother, is an avant-garde artist who has spent her life in and out of a mental health facility. Her son and Moses’s half-brother, Alchemy Savant, the mercurial front man of the world-renowned rock band The Insatiables, abandons music to launch a political campaign to revolutionize 2020s America. And then there’s Ambitious Mindswallow, aka Ricky McFinn, who journeys from juvenile delinquency in Queens to being The Insatiables’ bassist and Alchemy’s Sancho Panza. Bauman skillfully weaves the threads that intertwine these characters and the histories that divide them, creating a postmodern vision of America that is at once sweeping, irreverent, and heartbreaking.

Bruce Bauman is the author of the novel And the Word Was. Among his awards are a COLA (City of Los Angeles) Fellowship in Literature, a Durfee Foundation grant, and a UNESCO/Aschberg Fellowship. His work has appeared in the Los Angeles Times, Salon, BOMB, Bookforum, and numerous anthologies and literary magazines. Bauman is an instructor in the CalArts MFA Writing Program and Critical Studies Department and has been Senior Editor of Black Clock literary magazine since its inception in 2003. Born and raised in New York City, he lives in Los Angeles with his wife, the painter Suzan Woodruff.

“Readers who like their fiction on the wacky side will appreciate the rollicking energy.” —Booklist

“Vibrant, captivating, and touching…Broken Sleep is brimming with colorful characters, fascinating dialogue, and beautiful yet tragic relationships, making it easy to read and hard to forget.” —PopMatters

“Bruce Bauman is one of the most engaging and engaged writers and thinkers that I know.” —Rebecca Goldstein, author of Plato at the Googleplex

On page 37 Nathaniel says, “Irony without empathy is empty and juvenile.” What do you think of how irony is used in Broken Sleep?

On page 94 Alchemy is described as “slowly transforming from meditating monk into the quintessence of rock star cool.” On page 216 Salome asks, “Would Scott Savant have become leader of the Insatiables?” Why do you think Salome named her son Alchemy? Why was she so against him calling himself Scott? What kind of power do the names of the characters have over their narratives, if any?

Each of the main characters in Broken Sleep narrates individual chapters, except for Alchemy. Why do you think the author chose not to write from Alchemy’s point of view? What effect does it have on you as a reader for Alchemy to occupy such a large space in the narrative without his ever speaking for himself?

Identity is a central question for many of the characters in Broken Sleep, no one more so than Moses, who learns that his father is not a survivor of the Holocaust, but actually a Nazi perpetrator. How was Moses’s identity shaped by who he thought his father was, and how does it change after he learns the truth?

What are the differences between how Alchemy describes his mother and how Salome tells her own story? Compare what Alchemy says on page 429 (“My mom was taken from me when she flipped out at the gallery…I couldn’t get my mom out of Collier Layne”) to those events as Salome relates them. Which one of them seems to be the more reliable narrator? Why?

There are several families in Broken Sleep. What causes the dysfunction that characterizes many of them? Why is it that Moses and Jay are able to reunite while Mindswallow and Absurda are doomed, despite their facing some of the same problems? Do you think the Insatiables could be considered a family?

How are women and their bodies, particularly in relation to their ability to give birth, treated in this novel? What similarities do Absurda, Salome, and Laluna share?

Describe the relationship between Alchemy and Salome. On page 214 Alchemy tells her, “I think Grandma Hilda never forgave you for asking me about my name and never forgave me for answering ‘Alchemy.’ And you’ve never forgiven me for using Scott when we lived in Virginia.” Why do you think Salome had such difficulties accepting the other women in Alchemy’s life?

Salome describes Moses’s “soulsmell” as “morbidly bland steamed white rice” (p 425) and calls him the “spawn of Malcolm” (p 444). How does Salome—her initial belief that he doesn’t exist, her rejection of him—shape Moses’s identity?

On page 429 Alchemy explains, “I only know how to do things all the way—victory or death.” Who do you think fires the gunshot that causes his death? Do you think that in the end Alchemy chooses death?

Are you a suicider or a homicider?