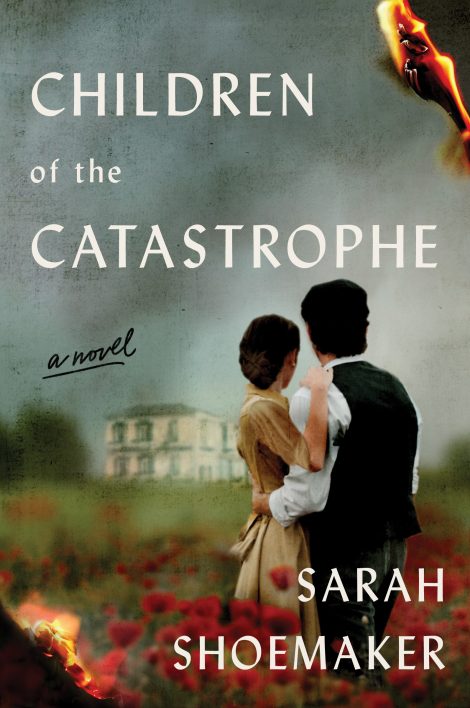 CHILDREN OF THE CATASTROPHE

After the wedding, Liana and Vassili build an idyllic life for themselves and their children outside of the city, safe from rising political tensions roiling the region and the world. But less than a decade later, the growing divisions between the Greeks and Turks threaten to boil over.

After the wedding, Liana and Vassili build an idyllic life for themselves and their children outside of the city, safe from rising political tensions roiling the region and the world. But less than a decade later, the growing divisions between the Greeks and Turks threaten to boil over. When each country chooses a different side with the outbreak of the Great War, a hunger to reclaim Izmir consumes Greece. Suddenly Liana and her family, like thousands of others like them, are thrust into danger . . . and many will not survive.

Children of the Catastrophe is a beautifully told story that unfolds through the experiences of the Melopoulos family—their loves and quarrels, their hopes and disappointments, played out against a world on fire. Sarah Shoemaker artfully draws us into her characters’ rich lives and evocatively captures all that was lost as hostilities mount and innocent men, women, and children find themselves caught up in forces beyond their control. 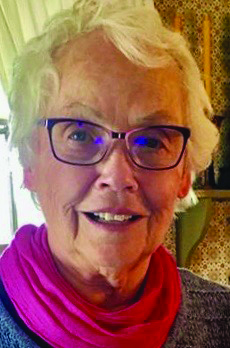 Sarah Shoemaker is a former university librarian and the author of critically acclaimed Mr. Rochester. She lives in northern Michigan.

“Children of Catastrophe is a mesmerizing story of love, of courage, of motherhood and of survival. Using vivid prose, Sarah Shoemaker immerses you in the lush and peaceful final years of a city that is invaded by the Turkish army with devastating consequences. It is a rich family saga that is heartening, tragic and, most of all, unforgettable.”— Shelly Sanders, bestselling author of Daughters of the Occupation

1. Liana and Vasili grew up in two quite different families. How do you think this affected them as adults and parents?

2. How much did you know about the burning of Smyrna before you read this book?

3. Liana’s father, Emmanuel Demirgis, warned that the Greeks were making a mistake in killing Turkish residents of the outlying areas and destroying their crops. Do you think that the outcome might have been different if they had acted differently?

4. What role did the Allied Nations (Great Britain, France, Italy, and the United States) play in the Catastrophe? Why do you think that was?

5. What parallels do you see between Liana’s world in 1922 and our world today?

6. What do you know about any reasons or difficulties that your own family/ancestors had when coming to America?

THEY SAT LIKE FAT PASHAS, EACH WITH HER OWN RETINUE OF friends and hangers-on, each court ignoring the others, as if theirs were the only one that counted. Their pendulous breasts hung like overripe fruit, their stomachs dropped in folds on their laps or lay heavily between wide-spread, beefy thighs. They were past caring about their own appearances, and all the honey-soaked cakes and baklavas of their years of afternoon teas had exacted a toll. It would not have mattered anyway; a fat wife was the truest sign of a prosperous husband.

In the close, steamy atmosphere of the baths, the effect they made was as calculated as any other part of the delicate and all-important ritual in which they were involved. They were the watchers, not the watched; the judges, not the judged. Now, on this Saturday afternoon at the baths, each was at the height of her career, one that had begun years before on sweat-stained sheets, when the agony had ended and the midwife had triumphantly lifted the baby by its heels so that the new mother could see its sex and relax at last in the knowledge that she had done her duty to her husband.

In a small, private room—one of a warren of such rooms—Theodora Demirgis briskly brushed her daughter’s hair, gleaming richly with a henna rinse. “Remember, Liana,” she said for the third or fourth time, “remember everything we’ve told you and it will be just fine.” She kept one eye on the hair as it fell in soft waves down the length of her daughter’s back, and another on Liana’s skin, turning to a rosy glow from the fierce loofah scrubbing she had just given it. Theodora calculated how much longer until everything would be just right. A few steps down the corridor, a moment or two, perhaps, before the women noticed Liana, and then . . . “Liana,” she cautioned, “your eyes and your hair, remember that: your eyes and your hair.” But as she said those words, she stole a glance at Liana’s small buttocks, high and rounded like a child’s, and she said a quick prayer: Dear God, don’t let them notice her hips. Let them notice her hair and not the rest. But even as she prayed, she knew that when one began by admiring the way Liana’s hair hung in gentle waves down her back, one’s eyes always strayed to her narrow hips. Not good hips for birthing, the others would think.

Now Theodora stepped around in front of her daughter and tilted Liana’s chin up just a little. “Like this,” she cautioned, “like you are a princess. Like they would be lucky to have you.” Then, quickly, she turned, crossed herself three times, and tied up the bath utensils in a scarf of turquoise silk.

Liana watched her mother gather her things and step out of the private room without even looking back. Proud Theodora, who had wanted desperately to have a son and who had borne only daughters; broad-backed, wide-hipped Theodora acted as if this, her last daughter, were every bit as desirable as her first had been. I know what they’ll think, Liana told herself, and I don’t care.

In front of her, Theodora paused for the briefest of moments. Liana could see her mother’s shoulders rise as she took in a deep breath, and despite herself Liana felt the blood pounding in her temples. I don’t care, I don’t care, she told herself over and over, but she knew she did care, and no amount of pretending would make it otherwise.

When Theodora walked across the threshold of the cooling room all eyes turned toward her, and she allowed herself the smallest of smiles. After three daughters, at least she knew how to make an entrance into the baths. They would be staring now, curious to see this last of the Demirgis daughters.

Liana waited a moment too long before following her mother. Never mind, she thought, better too slow than too fast. I don’t care anyway. It doesn’t matter. The women lounged the way her mother had described, on long white marble benches rising three or four tiers against the high marbled walls of the enormous room. Overhead, the ceiling formed a large vaulted dome of multicolored marble, flanked by two smaller, plainer domes. Painted angels graced the arches between the domes. The room glowed with muted colors as shafts of light shone through small, high windows of colored glass. Though this was Liana’s first time at the baths, the place seemed oddly familiar: It was all exactly the way her mother and sisters had described it.

She saw someone she knew and smiled and nodded, and another familiar face—perhaps this would not be so unbearable after all. But there were still so many she didn’t know. She saw hands held up to hide murmured confidences, heads inclined toward one another as comments passed back and forth, and she could only imagine the whispered words: So that’s Dora’s youngest. Thin, isn’t she? . . . Indeed, and you can’t have healthy babies with such hips . . . No wonder they’ve been delaying with her . . . Not like her sisters, is she? . . . Dora? I don’t know the family . . . Yes, you do. It’s Emmanuel Demirgis’s wife and daughter. Emmanuel Demirgis, the silversmith . . . Tall, don’t you think? . . . Her father’s tall, what do you expect? . . . Pity she doesn’t take after her mother . . . The marble floors and walls seemed to echo with whispered comments made behind cupped hands, with sudden muffled titters.

Perversely, Liana wondered what they would do if she laughed out loud. Or made an ugly face. But she knew her mother would be horrified—and humiliated—and she walked on demurely, enduring their staring eyes and murmuring mouths, following her mother, thinking I don’t care. I really don’t care; it doesn’t really matter. Yet knowing still that it did.

Theodora turned slowly to face her daughter, watching now Liana’s progress across the massive room. She is sweet and obedient, she would have liked to say to all those who stared so critically, and she is earnest and loving. Her handwork, while not the best of all my daughters, is still quite fine, and she learns quickly. If there had been an opportunity, she would have said those things aloud, but of course there was none.

Reaching her mother, Liana bent to adjust the strap of a wooden patten. As she rose, she used both hands to lift and rearrange her hair, letting it fall again in waves down her back, doing it just as she had been taught, and an appreciative murmur scurried around the cooling room. Theodora smiled again in satisfaction that the elegantly provocative movement had been noticed.

“You did beautifully,” Theodora whispered, hoping no one else would hear.

Beauty is a state of mind, Liana repeated to herself. How often had her mother told her that? As if it did any good. As if any of these women were thinking that. She wondered how many visitors would come in the next weeks, and a sudden thought occurred to her: What if no one came? “There are worse things than being an old maid,” she had said defiantly to Eleni just yesterday, but Eleni had stared at her in shock.

Well, then, suppose there wasn’t anything worse. You could still live through it. Couldn’t you?