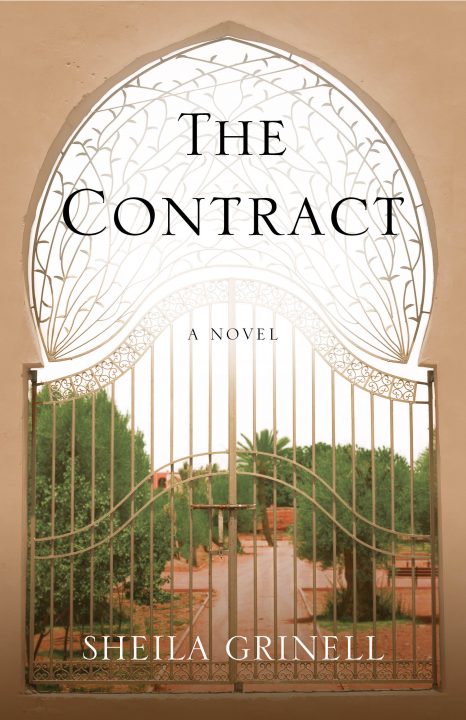 Joanna and Ev have been partners for ten years―in business and in love―when one of the only women in government in the Middle East invites their firm to design a children’s museum in Riyadh. Jo sees a chance to solidify her name in the design world, and help Saudi girls along the way, in the venture. Her husband, however, has no desire to work in a vigorously policed society; he prefers to remain in his workshop, fashioning gadgets for museum displays. Jo’s sister and young protégé share his doubts, but Ev accedes to Jo’s wishes. The process of bidding on the job soon throws their home office into chaos and challenges their long-held assumptions about the value of their work―and marriage.

Joanna and Ev have been partners for ten years―in business and in love―when one of the only women in government in the Middle East invites their firm to design a children’s museum in Riyadh. Jo sees a chance to solidify her name in the design world, and help Saudi girls along the way, in the venture. Her husband, however, has no desire to work in a vigorously policed society; he prefers to remain in his workshop, fashioning gadgets for museum displays. Jo’s sister and young protégé share his doubts, but Ev accedes to Jo’s wishes. The process of bidding on the job soon throws their home office into chaos and challenges their long-held assumptions about the value of their work―and marriage. If they get the job, will their partnership survive the strain? 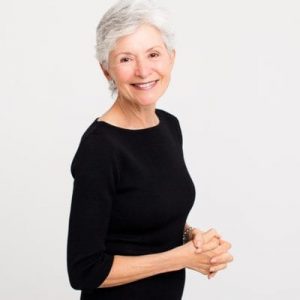 Toward the end of her forty-year career as a creator of science museums, Sheila Grinell turned to fiction. Her debut novel, Appetite, was published in 2016, and a second novel, The Contract,  appeared in September 2019. A graduate of Harvard University with a degree in English literature, Sheila earned a master’s in sociology at the University of California at Berkeley. She now gives talks at libraries and bookstores and engages with readers on social media about her “second act” as a novelist. She lives in Phoenix, Arizona with her husband and dog.

“A contrast between Saudi and American ways that sets the stage for an engrossing exploration of personal and political issues.” –Kirkus

“. . . an engaging story that not only examines its protagonist’s beliefs and doubts, but also actively and compassionately challenges them.” —BookLife

“Jo, a driven executive isolated from even her closest loved ones by the certitude of her prejudices, finds herself competing in Saudi Arabia to design a museum. Convinced a win would at long last establish her reputation, Jo actually wins something much greater. And like Jo, readers will win deep insights not only into Saudi culture but into themselves.” —Karen Elliott House, author of On Saudi Arabia, Its People, Past, Religion, Fault Lines—and Future

“The Contract begins as a take-charge American woman arrives in Saudi Arabia to chase a deal she hopes will bring international acclaim to her design company. She plows ahead despite the misgivings of those closest to her. That’s what’s on the surface. Ah, but the undercurrents. Author Sheila Grinell takes readers deep as she explores titanic clashes of culture and personality.” —Linda Valdez, author of Crossing the Line: A Marriage Across Borders

“Fascinating insights into the world of museum exhibits, the frustrations of American women doing business in Saudi Arabia, and the emotional mysteries of marriage. Characters are vivid and captivating, and creative plot twists keep the reader engrossed.” —Alesa Lightbourne, author of The Kurdish Bike

1. There are four contracts in play in this novel:
1) the deal with the Saudi government to build a children’s museum, which doesn’t materialize;
2) the subcontract D-Three is forced to sign with Owen Associates;
3) the exhibition contract offered to Ev by the gallery owner; and
4) the marriage contract between Jo and Ev.
How does Jo feel about each of them at the start, and how do her feelings change?

2. Jo and Ev have such different personalities, yet they’ve developed a successful business together. How have they managed it, and at what cost?

3. Myriam follows the conventions of her society despite its restrictions. Jo finds those restrictions hugely burdensome. Yet Jo and Myriam develop a mutual fondness. What enables them to bridge the cultural divide?

4. Diane and Jo have been at odds for decades, at least in Jo’s mind. Entrenched family relationships tend to persist, yet the relationship between these two sisters manages to undergo redefining. What makes this possible?

5. At the start, Ev and Jo disagree about the value of the Saudi job. As things progress, Ev grows further disenchanted and turns his attention elsewhere. What drives his interest in showcasing his work at an art gallery? Is there a subtext of resentment toward Jo? Is there a subtext to Jo’s response?

6. Jo and Becca are both people who are set in their opinions. They disagree about the Saudi job, among other things, yet they work well together. What pulls them together? What forces them apart? Should Jo have fired the girl?

7. Jo pursues personal redemption in the form of business success until the plane crash forces her to re-evaluate her motives. Do you expect her to develop different pursuits as a result?

8. After years of disinterest in bringing another creature into their household, Jo decides to give Ev a puppy. What will it mean to each of them? How do you envision the future of their relationship?

9. Is there a pattern to the discoveries Jo makes as a result of her year of struggle in the Kingdom of Saudi Arabia?

A Conversation with Sheila Grinell, Author of The Contract

How did your background in museum design play a part in THE CONTRACT?

In San Francisco in 1969, looking for my first real job, I joined up with Frank Oppenheimer, who wanted to create what was then a new style of science museum—totally hands-on. I spent five exciting years helping to develop The Exploratorium, a science center that has since been widely emulated around the world. At the time, the place was one big experiment, and I learned how to intrigue and inform visitors by watching them react to the prototypes we set out on the museum floor. Over the years, the deeper I got into museum work, the more I needed to learn other skills, like how to handle people and budgets and, eventually, politicians and donors. I discovered that in creative activity, art and business are intertwined. In fact, any business has to be executed artfully to be successful. I wanted the protagonist in The Contract to struggle with the art/business tangle as she tries to make her mark on the world.

Why was it important to highlight the treatment of women in Saudi Arabia? Were you surprised by the attitudes you found while you were there?

As well as being ambitious, the protagonist, Joanna Dunhill, is very sure of her opinions—she has opinions about other designers, and jobs, and what women should and should not do, and more—and she clings tightly to them. But when she’s immersed in a society where the rules for ambitious women differ so dramatically from our own, she’s forced to confront her preconceptions. I visited Saudi Arabia several times over the course of three years to work on a science museum project and was surprised by what I found. I expected women to be stymied by their second class status and physical isolation. They were, but I also met warm, energetic, dedicated women who rolled up the sleeves of their abayas and got things done. I wanted Jo, and my readers, to expand their sense of what’s possible for women regardless of circumstance.

What do you want readers to take away from Jo and Diane’s relationship? Do you think a sister’s bond is different from other relationships?

A snippet of overheard conversation got me started writing The Contract. I heard a much-respected colleague make a remark to her sister that dripped with contempt. I wondered what had turned this smart, courteous woman into an intolerant snob. There must be a story there, I thought, like the story between me and my sister, like the stories I’d heard from many of my women friends. I’ve come to believe that girls growing up together and navigating different paths toward womanhood inadvertently step on each other’s toes. The pain lasts. I want readers to see how Jo and her sister Diane, two constitutionally different women, manage their relationship as they mature. This book explores several different kinds of intolerance.

The story touches upon the struggles of growing a small business, and an overall career, as a middle-aged woman. Why do you think other women can relate to this endeavor?

Mid-life is when we start to wonder if we’ll be able to accomplish what we want—or to question what we want—before time runs out. Women in the workplace stare up at the glass ceiling and worry about breaking through. Then they go home and care for children, elderly parents, and their mates, and the pressure is still on. Whether or not a woman tries to build a career, she can expect her significant relationships to morph under mid-life pressure. The Contract explores the evolution of Jo’s marriage in response to her struggles in Saudi Arabia just as much as the evolution of her professional self. I think other women will enjoy watching Jo take apart her marriage and piece it back together. They will identify with the quest.

Are you working on any upcoming books?

I have a project in mind, set in Arizona, to which I moved 26 years ago for a job and which I finally, truly call home. It’s a contemporary story about where the Old West and New West collide, told from multiple points of view. But it’s on the back burner. Family issues will be on the front burner for the next little while. I’m a caregiver as well as a lover of the written word.