Sixteen-year-old Lucy Gold is about to run away with a much older man to live off the grid in rural Pennsylvania, a rash act that will have vicious repercussions for both her and her older sister, Charlotte. As Lucy’s default parent for most of their lives, Charlotte has seen her youth marked by the burden of responsibility, but never more so than when Lucy’s dream of a rural paradise turns into a nightmare.

Cruel Beautiful World examines the intricate, infinitesimal distance between seduction and love, loyalty and duty, chaos and control, as it explores what happens when you’re responsible for things you cannot make right.

Sixteen-year-old Lucy Gold is about to run away with a much older man to live off the grid in rural Pennsylvania, a rash act that will have vicious repercussions for both her and her older sister, Charlotte. As Lucy’s default parent for most of their lives, Charlotte has seen her youth marked by the burden of responsibility, but never more so than when Lucy’s dream of a rural paradise turns into a nightmare.

Cruel Beautiful World examines the intricate, infinitesimal distance between seduction and love, loyalty and duty, chaos and control, as it explores what happens when you’re responsible for things you cannot make right.

Set against a backdrop of peace, love, and the Manson murders, the novel is a reflection of the era: exuberant, defiant, and precarious all at once. And Caroline Leavitt is at her mesmerizing best in this haunting, nuanced portrait of love, sisters, and the impossible legacy of family. 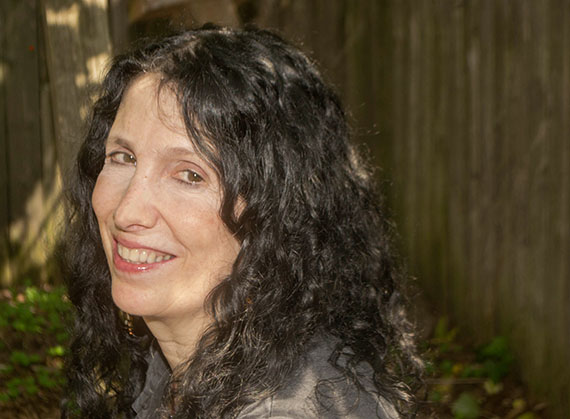 Caroline Leavitt is the award-winning author of eleven novels, including the New York Times bestsellers Pictures of You and Is This Tomorrow. Her essays and stories have been included in New York magazine, Psychology Today, More, Parenting, Redbook, and Salon. She’s a book critic for People, The Boston Globe and the San Francisco Chronicle, and she teaches writing online at Stanford and UCLA, as well as working with private clients.

“Backdropped by the Vietnam War and the Manson murders, Cruel Beautiful World is a fast-moving page-turner about the naiveté of youth and the malignity of power. Leavitt explores with a keen eye the intersection of love, family, and the anxiety of an era.”—Lily King, author of Euphoria

“Tender and tragic, with a shooting star of hope, Leavitt’s profound latest is about the connections of siblings, the mystery of love—first, last and dangerous—and the struggle to accept what can never be changed.”—Sara Gruen, author of At the Water’s Edge

“With Cruel, Beautiful World, Caroline Leavitt has done the seemingly impossible: she’s written a gorgeous, seductive novel that is also terrifying and pulse-pounding. This is the kind of coming-of-age novel for which readers yearn: we witness the emotional and spiritual evolution a sixteen-year-old girl while American society, in the early 1970s, seems to devolve all around her. Like the era it represents, Cruel, Beautiful World is at times hopeful and nihilistic, beautiful and savage, mesmerizing and dangerous.”—Wiley Cash, New York Times bestselling author of A Land More Kind Than Home and This Dark Road to Mercy

1. Why do you think Leavitt called this novel Cruel Beautiful World? How does the title relate to the themes of her novel?

2. Leavitt’s novel is told from the points of view of five characters: Charlotte, Lucy, Iris, Patrick, and William. Why do you think Leavitt chose this way of telling the story, and how would the novel have been different if she had taken a different approach, such as a third-person omniscient point of view?

4. How does the time period in which the novel is set—the late ’60s and early ’70s, lend itself to the themes that appear in Cruel Beautiful World, especially in terms of love, family, and a rapidly changing era? If the story were set in contemporary times, how do you think it would it differ?

5. In her novel, Leavitt investigates family—what it means to be part of one, and the fluidity of what defines a family. Which of the families in Cruel Beautiful World seem to be the most successful, and why? What do you think Leavitt is saying about the nature and importance of family?

6. An underlining theme of Cruel Beautiful World is about how we can control some things, we can prevent others, and some things we simply have to let go of. Do you agree with the author’s position? Why or why not?

7. There are so many “what ifs” in Cruel Beautiful World, and characters seem to constantly wonder how life might have been if things had been different. Given the situations the characters find themselves in, do you think they could have made different decisions that would have changed the outcome, or would everything have had to play out just as it did? Do some of the characters seem to feel trapped by their circumstances? If so, which ones, and do you think they could have done more to change their lives?

8. The shadow of Charles Manson and the girls who made up his “family” seems to provide a kind of backdrop to the book. Why is Lucy so affected by the distant characters, especially Manson’s girls? Do you feel that she is similar to them? Why do you think the fascination with these young women continues to this day?

9. Leavitt writes about many different kinds of love, and as one early reviewer of Cruel Beautiful World stated, the novel “is all about love until it’s not.” What do you think this reviewer meant? In writing about the many faces of love, from dangerous love to first love to grieving love to companionship love and even to late-in-life love, what statement do you think the author is making about love in general?

10. Leavitt has said in interviews that she likes to have what she calls “never-ending story” endings, where nothing is neatly tied up, and the reader is left to wonder what is going to happen next. Did you feel the ending of Cruel Beautiful World was satisfying? What do you imagine will happen next in the lives of these characters? What questions for you were unanswered?

I run a blog, carolineleavittville.blogspot.com, where I interview authors, so I thought, for fun, I’d interview myself.

I always think writers are haunted into writing their books. What was haunting you that made you write Cruel Beautiful World?

I have been wanting to write this novel since I was 17, when a girl who had sat in front of me in study hall, who had had a much older and controlling boyfriend, was murdered by him when she decided to break it off. I was gobsmacked. I couldn’t understand how someone could do such a thing! I understood that he must have been violent before, but why hadn’t she left before? Why didn’t anyone warn her?

It wasn’t until ten years later that I was involved in my own controlling relationship. The man I had really loved, my fiancé, had died, and in a cataclysmic grief, I was sure the only way out was to hurl myself into a new relationship. My new boyfriend was soft-spoken and kind, never raised his voice or his fists, and wanted to be with me all the time, but after a few months, he began to quietly tell me I was eating too much. He began to monitor my food, what I wore, the friends I could see, and because he was always telling me what to do in a very gentle, loving voice, I did it—until I no longer knew who I was anymore. I finally was able to break up with him after he went into my novel and rewrote parts of it without telling me! When I got upset, he said, “Listen to me, because this is how it is always going to be. There is no “you.” There is only “us.”

That’s when I understood my friend and I could write the book.

I love that you wrote about a character, Iris, who falls in love in her 80s! Where’d that come from?

My mom! She was jilted at 19 and then married my brute of a father, and when he died at fifty, she swore off men and love altogether. When she was 93, she went into an independent living place, and she fell in love! She said it was for the first time! My mother and her boyfriend Walter were like teenagers. They had four wonderful years together, and then my mom got dementia. In a way, it was a blessing, because Walter fell and died soon afterwards, but my mom still thinks she sees him, and we encourage her to think so because it makes her so happy.

What’s obsessing you now and why?

Besides the state of the world and America? My next two novels, one I’ve sold and the other I’m writing at the same time. (It’s very torn between two lovers.)

What question didn’t I ask that I should have?

Tell us about Leon! Leon is a robotic cat I bought for my 100-year-old mom, who has dementia. These robotic animals are supposed to help and soothe people with dementia, but my mother was disconcerted and disturbed by Leon. “It’s not normal,” she told me. I had already fallen in love with him (he purrs, licks his paw and then his face, rolls over and gets up, and of course, meows) and decided to keep him. I’ve brought Leon on the subway, into a restaurant in the Village, where he was a big hit, and whenever a friend comes over, I made them get filmed with Leon.