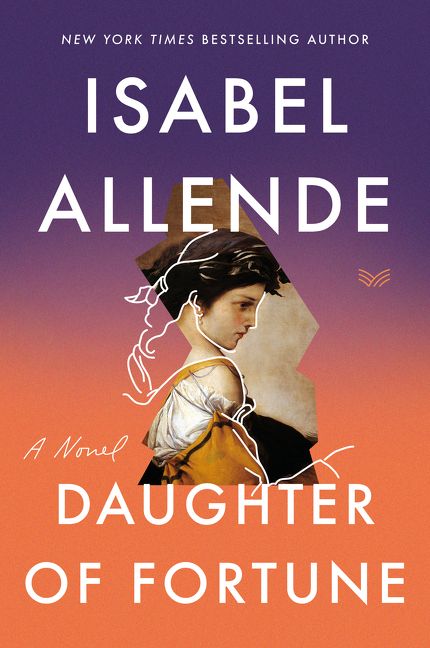 From the revered New York Times bestselling author of The House of the Spirits and A Long Petal of the Sea comes a passionate tale of one young woman’s quest to save her lover, set against the chaos, greed, and promise of the 1849 California Gold Rush.

Raised in the British colony of Valparaíso, Chile, English orphan Eliza Sommers meets and falls in love with the wildly inappropriate Joaquín Andieta, a lowly clerk with ambitious dreams. When gold is discovered in the hills of northern California. Chileans, including Joaquín, head north to seek their fortune.

From the revered New York Times bestselling author of The House of the Spirits and A Long Petal of the Sea comes a passionate tale of one young woman’s quest to save her lover, set against the chaos, greed, and promise of the 1849 California Gold Rush.

Raised in the British colony of Valparaíso, Chile, English orphan Eliza Sommers meets and falls in love with the wildly inappropriate Joaquín Andieta, a lowly clerk with ambitious dreams. When gold is discovered in the hills of northern California. Chileans, including Joaquín, head north to seek their fortune. Eliza, pregnant with Joaquín’s child, leaves behind everything she knows to follow her lover.

In the rough-and-tumble world of San Francisco, Eliza must navigate a society dominated by greedy men. But with the help of her natural spirit and a good friend, Chinese doctor Tao Chi’en, Eliza soon comes to discover that her search for love has become a quest of personal freedom. 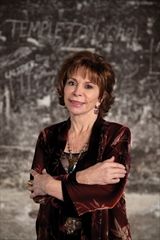 Isabel Allende is the author of twelve works of fiction, including the New York Times bestsellers Maya’s Notebook, Island Beneath the Sea, Inés of My Soul, Daughter of Fortune, and a novel that has become a world-renowned classic, The House of the Spirits. Born in Peru and raised in Chile, she lives in California.

“Allende has created a masterpiece of historical fiction that is passionate, adventurous, and brilliantly insightful. . . . suspenseful and surprising.”—Denver Post

Everyone is born with some special talent, and Eliza Sommers discovered early on that she had two: a good sense of smell and a good memory. She used the first to earn a living and the second to recall her life—if not in precise detail, at least with an astrologer’s poetic vagueness. The things we forget may as well never have happened, but she had many memories, both real and illusory, and that was like living twice. She used to tell her faithful friend, the sage Tao Chi’en, that her memory was like the hold of the ship where they had come to know one another: vast and somber, bursting with boxes, barrels, and sacks in which all the events of her life were jammed. Awake it was difficult to find anything in that chaotic clutter, but asleep she could, just as Mama Fresia had taught her in the gentle nights of her childhood, when the contours of reality were as faint as a tracery of pale ink. She entered the place of her dreams along a much traveled path and returned treading very carefully in order not to shatter the tenuous visions against the harsh light of consciousness. She put as much store in that process as others put in numbers, and she so refined the art of remembering that she could see Miss Rose bent over the crate of Marseilles soap that was her first cradle.

“You cannot possibly remember that, Eliza. Newborns are like cats, they have no emotions and no memory,” Miss Rose insisted the few times the subject arose.

Possible or not, that woman peering down at her, her topaz-colored dress, the loose strands from her bun stirring in the breeze were engraved in Eliza’s mind, and she could never accept the other explanation of her origins.

“You have English blood, like us,” Miss Rose assured Eliza when she was old enough to understand. “Only someone from the British colony would have thought to leave you in a basket on the doorstep of the British Import and Export Company, Limited. I am sure they knew how good-hearted my brother Jeremy is, and felt sure he would take you in. In those days I was longing to have a child, and you fell into my arms, sent by God to be brought up in the solid principles of the Protestant faith and the English language.”

“You, English? Don’t get any ideas, child. You have Indian hair, like mine,” Mama Fresia rebutted behind her patrona’s back.

But Eliza’s birth was a forbidden subject in that house, and the child grew accustomed to the mystery. It, along with other delicate matters, was never mentioned between Rose and Jeremy Sommers, but it was aired in whispers in the kitchen with Mama Fresia, who never wavered in her description of the soap crate, while Miss Rose’s version was, with the years, embroidered into a fairy tale. According to her, the basket they had found at the office door was woven of the finest wicker and lined in batiste; Eliza’s nightgown was worked with French knots and the sheets edged with Brussels lace, and topping everything was a mink coverlet, an extravagance never seen in Chile. Over time, other details were added: six gold coins tied up in a silk handkerchief and a note in English explaining that the baby, though illegitimate, was of good stock—although Eliza never set eyes on any of that. The mink, the coins, and the note conveniently disappeared, erasing any trace of her birth. Closer to Eliza’s memories was Mama Fresia’s explanation: when she opened the door one morning at the end of summer, she had found a naked baby girl in a crate.

“No mink coverlet, no gold coins. I was there and I remember very well. You were shivering and bundled up in a man’s sweater. They hadn’t even put a diaper on you, and you were covered with your own caca. Your nose was running and you were red as a boiled lobster, with a head full of fuzz like corn silk. That’s how it was. Don’t get any ideas,” she repeated stoutly. “You weren’t born to be a princess and if your hair had been as black as it is now, Miss Rose and her brother would have tossed the crate in the trash.”

At least everyone agreed that the baby came into their lives on March 15, 1832, a year and a half after the Sommers arrived in Chile, and they adopted that date as her birthday. Everything else was always a tangle of contradictions, and Eliza decided finally that it wasn’t worth the effort to keep going over it, because whatever the truth was, she could do nothing to change it. What matters is what you do in this world, not how you come into it, she used to say to Tao Chi’en during the many years of their splendid friendship; he, however, did not agree. It was impossible for him to imagine his own life apart from the long chain of his ancestors, who not only had given him his physical and mental characteristics but bequeathed him his karma. His fate, he believed, had been determined by the acts of his family before him, which was why he had to honor them with daily prayers and fear them when they appeared in their spectral robes to claim their due. Tao Chi’en could recite the names of all his ancestors, back to the most remote and venerable great-great-grandparents dead now for more than a century. His primary concern during the gold madness was to go home in time to die in his village in China and be buried beside his ancestors; if not, his soul would forever wander aimlessly in a foreign land. Eliza, naturally, was drawn to the story of the exquisite basket—no one in her right mind would want to have begun life in a common soap crate—but out of respect for the truth, she could not accept it. Her bloodhound nose remembered very well the first scents of her life, which were not clean batiste sheets but wool, male sweat, and tobacco. The next smell she remembered was the monumental stench of a goat.

Eliza grew up watching the Pacific Ocean from the balcony of her adoptive parents’ home. Perched on the slopes of a hill overlooking the port of Valparaíso, the house was meant to imitate a style then in vogue in London, but the exigencies of landscape, climate, and life in Chile had forced substantial changes and the result was an unfortunate hodgepodge. At the rear of the patio, springing up like organic tumors, were various windowless rooms with dungeonlike doors where Jeremy Sommers stored his company’s most precious cargo, which tended to disappear from the warehouses in the port.

“This is a land of thieves. Nowhere else in the world does the company spend so much on safeguarding the merchandise as here. Everything gets stolen, and everything we save from the rabble is soaked by winter floods, scorched in summer, or smashed during one of their ungodly earthquakes,” he said every time the mules brought new bundles to be unloaded in the patio of his home.

From sitting so long at the window overlooking the sea to count the ships and the whales on the horizon, Eliza convinced herself that she was the child of a shipwreck and not of an unnatural mother capable of abandoning her and leaving her exposed to the uncertainty of a March day. She wrote in her diary that a fisherman had found her on the beach amid the debris of a beached ship, wrapped her in his sweater, and left her at the finest house in the English colony. As time passed she concluded that this story wasn’t bad at all: there is a certain poetry and mystery about what the sea washes up. If the ocean should draw back, the exposed sand would be a vast, damp desert strewn with sirens and dying fish, John Sommers used to say. He was the brother of Jeremy and Rose and had sailed all the seas of the world, and he would vividly describe how the water gathered itself in sepulchral silence and roared back in a single monstrous wave, sweeping away everything before it. Horrible, he maintained, although at least that gave you time to run toward the hills, while with earthquakes the church bells clanged, announcing the catastrophe as everyone was scrambling through the rubble.