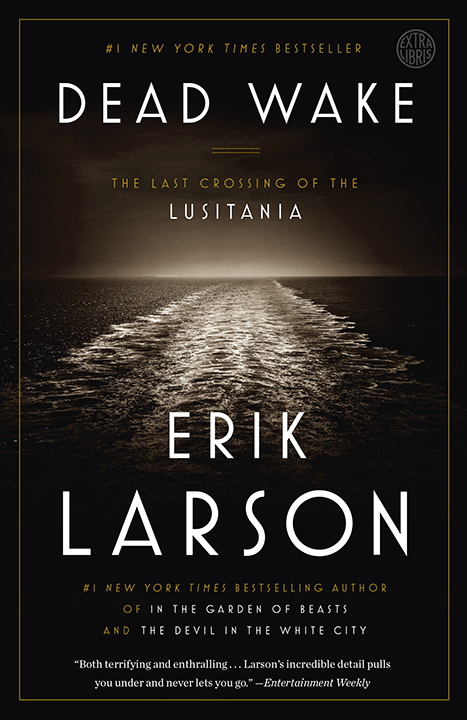 The Last Crossing of the Lusitania

On May 1, 1915, with WWI entering its tenth month, a luxury ocean liner as richly appointed as an English country house sailed out of New York, bound for Liverpool, carrying a record number of children and infants. The passengers were surprisingly at ease, even though Germany had declared the seas around Britain to be a war zone. For months, German U-boats had brought terror to the North Atlantic. But the Lusitania was one of the era’s great transatlantic “Greyhounds”—the fastest liner then in service—and her captain,

On May 1, 1915, with WWI entering its tenth month, a luxury ocean liner as richly appointed as an English country house sailed out of New York, bound for Liverpool, carrying a record number of children and infants. The passengers were surprisingly at ease, even though Germany had declared the seas around Britain to be a war zone. For months, German U-boats had brought terror to the North Atlantic. But the Lusitania was one of the era’s great transatlantic “Greyhounds”—the fastest liner then in service—and her captain, William Thomas Turner, placed tremendous faith in the gentlemanly strictures of warfare that for a century had kept civilian ships safe from attack.

Germany, however, was determined to change the rules of the game, and Walther Schwieger, the captain of Unterseeboot-20, was happy to oblige. Meanwhile, an ultra-secret British intelligence unit tracked Schwieger’s U-boat, but told no one. As U-20 and the Lusitania made their way toward Liverpool, an array of forces both grand and achingly small—hubris, a chance fog, a closely guarded secret, and more—all converged to produce one of the great disasters of history.

It is a story that many of us think we know but don’t, and Erik Larson tells it thrillingly, switching between hunter and hunted while painting a larger portrait of America at the height of the Progressive Era. Full of glamour and suspense, Dead Wake brings to life a cast of evocative characters, from famed Boston bookseller Charles Lauriat to pioneering female architect Theodate Pope to President Woodrow Wilson, a man lost to grief, dreading the widening war but also captivated by the prospect of new love.

Gripping and important, Dead Wake captures the sheer drama and emotional power of a disaster whose intimate details and true meaning have long been obscured by history.

Erik Larson is the author of four national bestsellers: In the Garden of Beasts, Thunderstruck, The Devil in the White City, and Isaac’s Storm, which have collectively sold more than 5.5 million copies. His books have been published in seventeen countries.

“Larson is one of the modern masters of popular narrative nonfiction…a resourceful reporter and a subtle stylist who understands the tricky art of Edward Scissorhands-ing narrative strands into a pleasing story…An entertaining book about a great subject, and it will do much to make this seismic event resonate for new generations of readers.”—The New York Times Book Review

“Larson is an old hand at treating nonfiction like high drama…He knows how to pick details that have maximum soapy potential and then churn them down until they foam [and] has an eye for haunting, unexploited detail.”—The New York Times

“Larson is a journalist who writes non-fiction books that read like novels, real page-turners. This one is no exception. I had known a lot about the Titanic but little about the Lusitania. This filled in those gaps… this one is pretty damned good. Thoroughly engrossing.”—George R.R. Martin

“Larson has a gift for transforming historical re-creations into popular recreations, and Dead Wake is no exception…[He] provides first-rate suspense, a remarkable achievement given that we already know how this is going to turn out…The tension, in the reader’s easy chair, is unbearable…”—The Boston Globe

1. In his Note to Readers, Erik Larson writes that before researching Dead Wake, he thought he knew “everything there was to know” about the sinking of the Lusitania, but soon realized “how wrong [he] was.” What did you know about the Lusitania before reading the book? Did any of Larson’s revelations surprise you?

2. After reading Dead Wake, what was your impression of Captain Turner? Was he cautious enough? How did you react to the Admiralty’s attempts to place the blame for the Lusitania’s sinking squarely on his shoulders?

3. Erik Larson deftly weaves accounts of glamorous first-class passengers such as Alfred Gwynne Vanderbilt with compelling images of middle-class families and of the ship’s crew. Whose personal story resonated the most with you?

4. Charles Lauriat went to extraordinary measures to protect his Thackeray drawings and his rare edition of A Christmas Carol, but eventually both were lost. In Lauriat’s position, which possessions would you have tried to save? Why does Larson write in such great detail about the objects people brought aboard the Lusitania?

5. Edith Galt Wilson would come to play a significant role in the White House after Woodrow Wilson suffered a massive stroke in 1919. What made her a good match for Wilson? What other aspects of Wilson’s personal life did you find intriguing?

6. Why was Wilson so insistent on maintaining neutrality even as German U-boat attacks claimed American lives? Was his reluctance to go to war justified?

7. How did you respond to the many what-ifs that Larson raises about U.S. involvement in the Great War? Would Wilson have abandoned his isolationist stance without the Lusitania tragedy? Could Germany and Mexico have succeeded in conquering the American Southwest?

8. By attacking civilian ships, were Captain Schwieger and his U-20 crew committing acts of terrorism? Does it matter that Germany ran advertisements declaring the waters around Great Britain to be a war zone?

9. How did Captain Schwieger’s leadership style compare with that of Captain Turner? Did you feel sympathy for Schwieger and his crew?

10. Though the British Navy was tracking U-20’s location, it didn’t alert the Lusitania, nor did it provide a military escort. Why not? Do you consider Churchill and Room 40 partly to blame for the sinking? How should countries balance the integrity of their intelligence operations with their duty to protect civilians?

11. Some have argued that Churchill deliberately chose not to protect the Lusitania in hopes that the sinking of such a prominent ship would draw the United States into the war. After reading Larson’s account, what do you think of this theory?

12. While Germany’s advertisement scared away some would-be Lusitania passengers, most placed their faith in the British Navy to protect the ship, and some laughed off the risk altogether. In their position, would you have cancelled your ticket?

13. What lessons does the sinking of the Lusitania have for us in the twenty-first century?