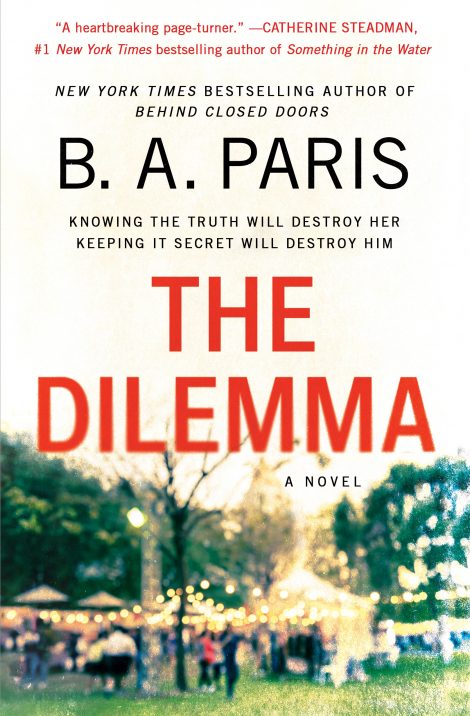 A woman’s birthday party takes a dark turn in a poignant, heart-stopping new novel from the reigning queen of suspense, NYT and USA Today bestselling author of Behind Closed Doors, The Breakdown, and Bring Me Back.

It’s Livia’s 40th birthday, and her husband Adam is throwing her the party of a lifetime to make up for the wedding they never had. Everyone she loves will be there,

A woman’s birthday party takes a dark turn in a poignant, heart-stopping new novel from the reigning queen of suspense, NYT and USA Today bestselling author of Behind Closed Doors, The Breakdown, and Bring Me Back.

It’s Livia’s 40th birthday, and her husband Adam is throwing her the party of a lifetime to make up for the wedding they never had. Everyone she loves will be there, except her daughter Marnie, who’s studying abroad. But Livia is secretly glad Marnie won’t be there.

Livia has recently uncovered a secret about their daughter which, if revealed, will shake the foundation of their family to its core. She needs to tell Adam, but she’s waiting until the party is over so they can have this last happy time together.

Adam, meanwhile, has his own surprise for Livia: he’s arranged for Marnie to secretly fly back for the party. But before Marnie arrives, Adam hears some terrible news. Now he too is faced with a dilemma: Does he share what he’s learned with his wife? Is hiding the truth the same as telling a lie? And how far are Adam and Livia willing to go to protect the ones they love—and give each other a last few hours of happiness?

About B. A. Paris 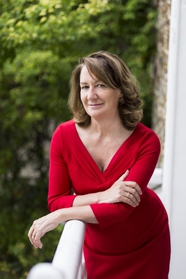 B. A. Paris is the internationally bestselling author of Behind Closed Doors, The Breakdown, and Bring Me Back. She grew up in England but has spent most of her adult life in France. She has worked both in finance and as a teacher and has five daughters. The Dilemma is her fourth novel.

“Paris constructs an unusual and compelling premise and masterfully maintains suspense about what happened and when it will be revealed. A breathtaking story, nearly impossible to put down.”—Booklist (starred)

“A heartbreaking page-turner that will have you up at night reading just one more chapter.” —Catherine Steadman, #1 New York Times bestselling author of Something in the Water

“The phenomenal BA Paris has done it again! I devoured The Dilemma in one sitting—it grabbed me from the very first page and wouldn’t let go until I’d finished. Secrets, guilt, shame and heartbreak—this story has it all in spades.”—Sandie Jones, New York Times bestselling author of The Other Woman

“A powerful, beautifully crafted story that ratchets up the tension with every page and packs a huge emotional punch.” —T. M. Logan, author of Lies

“A beautifully written story of love and loss which will stay with me.”—Louise Jensen, author of The Sister

“BA Paris is a mistress at tapping into fears you didn’t even know you had. This is a poignant, thoughtful family tale with a difference.”—Jane Corry, author of My Husband’s Wife

2. Intergenerational relationships play a large role in this novel. Mothers and fathers, sons and daughters. Which relationships most closely mirror one another? How does Marnie’s relationship with Rob upend not only these close relationships, but the generational divide that’s necessarily a part of them?

3. Despite Marnie’s final fate—and the statue her father planned to carve for her—The Dilemma makes it clear that she was no angel. Does her affair change the way you see her? How does it complicate the narrative?

4. Throughout The Dilemma, there are multiple instances of two people having a conversation, or overhearing one, in which they believe they’re on the same page, but in reality are talking about entirely different things. How does the idea of communication—and miscommunication—play into the themes of the novel as a whole?

5. In the first pages, Livia says, “Once she’s back, everything will change and we’ll no longer be able to live the lovely life we’ve been living,” and there’s an echo of that statement near the end: “I wanted to be able to carry on living the life I was living.” This must be a devastating thought for Livia to look back on. How did reading it affect you? Do you agree with Livia’s guilt in this moment, for thinking that in the first place?

6. In the end, the secret about Rob and Marnie’s affair remains hidden from almost everyone. What does the revelation of one of the novel’s huge secrets and the subsequent continued confidentiality of the affair say about the nature of secrets? Do you think the choice they made is ultimately more helpful or more hurtful?

7. Can you understand the choice Adam made? Do you agree with Livia’s decision to forgive him? Put yourself in their shoes. Would you have made the same choice as Adam? Could you have forgiven a loved one for making that same choice?

8. In Adam’s chapter that runs from 6 p.m. to 7 p.m., he is preparing to tell Livia what has happened to Marnie when he thinks instead, “these might be her last few moments of happiness.” Ultimately, do you think the choice Adam made to keep this secret was brave or selfish?

9. If you’ve read B. A. Paris’s other novels, you’ll note that The Dilemma is a departure from her usual genre, psychological thrillers. How did you find this novel different from her previous books? In what ways is it similar?

It’s the cooling bathwater that wakes me. Disorientated, I sit up quickly, splashing suds up the sides, wondering how long I’ve been asleep. I release the plug and the drain gurgles, a too-loud sound in a silent house.

A shiver pricks my skin as I towel myself dry. A memory tugs at my brain. It was a sound that woke me, the roar of a motorbike in the street outside. I pause, the towel stretched over my back. It couldn’t have been Adam, could it? He wouldn’t have gone off on his bike, not at this time of night.

Wrapping the towel around me, I hurry to the bedroom and look out of the window. The guilty beating of my heart slows when I see, behind the tent, a yellow glow coming from his shed. He’s there, he hasn’t gone to settle scores. Part of me wants to go down and check that he’s all right, but something, a sixth sense perhaps, tells me not to, that he’ll come to me when he’s ready. For a moment I feel afraid, as if I’m staring into an abyss. But it’s just the dark and the deserted garden that’re making me feel that way.

Turning from the window, I lie down on the bed. I’ll give him another ten minutes and if he’s not back by then, I’ll go and find him.

I race along deserted streets, scattering a scavenging cat, cutting a corner too tight, shattering the night’s deathly silence with the roar of my bike. Ahead of me, the slip road to the M4 looms. I open the throttle and take it fast, screaming onto the motorway, slicing in front of a crawling car. My bike shifts under me as I push faster.

The drag of the wind on my face is intoxicating and I have to fight an overwhelming urge to let go of the handlebars and freefall to my death. Is it terrible that Livia and Josh aren’t enough to make me want to live? Guilt adds itself to the torment of the last fourteen hours and a roar of white-hot anger adds to the noise of the bike as I race down the motorway, bent on destruction.

Then, in the mirror, through the water streaming from my eyes, I see a car hammering down the motorway behind me, its blue light flashing, and my roar of grief becomes one of frustration. I take the bike to one hundred mph, knowing that if it comes to it I can push it faster, because nothing is going to stop me now. But the police car quickly closes the distance between us, moving swiftly into the outside lane, and as it levels with me, my peripheral vision catches an officer gesticulating wildly from the passenger seat.

I add more speed, but the car sweeps past and moves into my lane, blocking my bike. I’m about to open the throttle and overtake him, taking my bike to its maximum, but something stops me and he slowly reduces his speed, bringing me in. I’m not sure why I let him. Maybe it’s because I don’t want Livia to have even more pieces to pick up. Or maybe it was Marnie’s voice pleading, “Don’t, Dad, don’t!” I swear I could feel her arms tightening around my waist for a moment, her head pressing against the back of my neck.

My limbs are trembling as I bring the bike to a stop behind the police car and cut the engine. Two officers get out, one male, one female. The male strides toward me.

“Have you got a death wish or something?” he yells, slamming his cap onto his head.

I try to unfurl my hands from the handlebars, unstick my legs from the bike. But I seem to be welded to it.

“Sir, if you don’t comply, I’m going to have to arrest you.”

“We’re going to have to arrest him anyway,” the first officer says. He takes a step toward me and the sight of handcuffs dangling from his belt shocks me into speech.

They exchange a glance. “Where is your daughter, sir?”