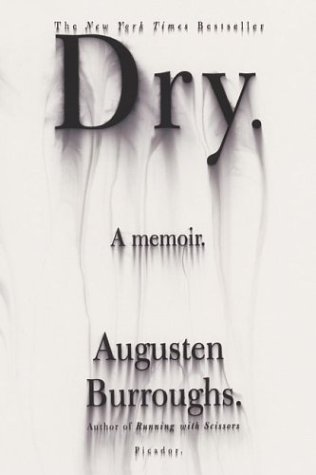 You may not know it, but you’ve met Augusten Burroughs. You’ve seen him on the street, in bars, on the subway, at restaurants: a twenty-something guy, nice suit, works in advertising. Regular. Ordinary. But when the ordinary person had to drinks, Augusten was circling the drain by having twelve; when the ordinary person went home at midnight, Augusten never went home at all. Loud, distracting ties, automated wake-up calls, and cologne on the tongue could only hide so much for so long. At the request (well, it wasn’t really a request) of his employers, Augusten landed in rehab, where his dreams of group therapy with Robert Downey,

You may not know it, but you’ve met Augusten Burroughs. You’ve seen him on the street, in bars, on the subway, at restaurants: a twenty-something guy, nice suit, works in advertising. Regular. Ordinary. But when the ordinary person had to drinks, Augusten was circling the drain by having twelve; when the ordinary person went home at midnight, Augusten never went home at all. Loud, distracting ties, automated wake-up calls, and cologne on the tongue could only hide so much for so long. At the request (well, it wasn’t really a request) of his employers, Augusten landed in rehab, where his dreams of group therapy with Robert Downey, Jr., are immediately dashed by the grim reality of fluorescent lighting and paper hospital slippers. But when Augusten is forced to examine himself, something actually starts to click, and that’s when he finds himself in the worst trouble of all. Because when his thirty days are up, he has to return to his same drunken Manhattan life—and live it sober. What follows is a memoir that’s as moving as it is funny, as heartbreaking as it is real. Dry is the story of love, loss, and Starbucks as a higher power.

Augusten Burroughs is the #1 New York Times bestselling author of Running with Scissors, Magical Thinking, and, most recently, Possible Side Effects, which have also been New York Times bestsellers and are published around the world. A film version of Running with Scissors was adapted for the screen by Ryan Murphy. Augusten has been named one of the fifteen funniest people in America by Entertainment Weekly. He lives in New York City and western Massachusetts.

“Beneath the quick-flowing, funny-sad surface of Burroughs’ prose lurks considerable complexity: wherever he goes, whatever he’s doing, you can feel how badly he wants to drink–as well as the sadness from which that desire comes and the courage it takes to make the sadness so funny, all at the same time. If anything, Dry is even more compelling than Burroughs’ first outing.”—Lev Grossman, Time

“A frank, shockingly hilarious memoir of booze, family, loss, and victory. All along the way, this writer’s warmth, honesty and irreverence win our allegiance. It’s a mark of the depth and wholeness of the person who emerges here that we not only laugh with him but wind up caring deeply as well. Dry will make readers glad to have Augusten Burroughs in the world, and eager for more.”—O Magazine

“Burroughs is a brilliant writer–wickedly funny, painfully honest, and uber-cool. Without cheapening the hard work and commitment recovery requires, he allows the wry hilarity of his experience to shine brighter than the pain and darkness. I haven’t read anything this sharp, hip, or honest in my life. Count me as a lifelong fan of this courageous writer.”—Elle Magazine

Augusten Burroughs begins Dry by saying that “sometimes when you work in advertising you’ll get a product that’s really garbage and you have to make it seem fantastic, something that is essential to the continued quality of life.” How does this set the tone for the memoir? Why is advertising an apt metaphor for the story Burroughs tells?

The first friend of Burroughs we are introduced to is Jim. Do Jim and Burroughs have anything in common beyond drinking? What qualities do Jim and Burroughs’s other friends share? On page 27, Burroughs admits to keeping his friends separate. Why do you think he does this? What are the advantages and disadvantages to such an arrangement?

In chapter two, “Those Fucking Eggs,” Burroughs’s co-worker Greer immediately covers for his irresponsible behavior. What sort of relationship do they seem to have? How does it change when he gets sober? In what ways might Greer encourage his drinking?

Burroughs explains, “The fact is, I have accepted Pulitzer Prizes, Academy Awards, met wonderful people, and had healthy, loving relationships, all in my mind, all while drinking” (p. 29). What does this statement reveal about drinking’s appeal? Are there other addictive behaviors that can have the same affect?

On pages 30 and 31, Burroughs recalls the “horribly deep” loneliness of his childhood. How did he deal with such feelings? How did those coping mechanisms extend into adulthood?

How do flashbacks—of Burroughs being abused by his father and neighbor; his mom’s debilitating illness—function throughout the book? Do they add resonance to the story he his telling? Do they provide answers or just raise more questions?

Consider Burroughs’s descriptions of the people he encounters in rehab. Why are the physical details and behavioral tics he records so funny? How might his comic approach make the serious subject matter of his story more accessible and poignant? Have you read other books about the same subject that use a different approach? Compare the effectiveness of each.

Burroughs chooses the Proud Institute, a substance-abuse treatment facility for gay men and women. Upon hearing the dramatic personal histories recounted in group therapy, he thinks, “That is the reason to go to a gay rehab. People appreciate the drama” (p. 74). What do you think he means? How does Burroughs use stereotypes throughout the memoir as a source of humor and truth?

On page 91, Burroughs describes his friendship with Hayden as the kind that’s easy to make in elementary school when you’re six or seven. “You never question it,” he writes. “You never say to yourself, Am I spending too much time with him? Am I sending the wrong signal?” Do you think that sexual development permanently alters childhood friendships? Is it different for men and women? Why?

Just before Burroughs leaves rehab, Hayden says that when he first met him, he wasn’t sure Burroughs was an alcoholic. “Now I’m positive that you are, in fact, a raging alcoholic,” he says. “It’s means, my dear boy, that you are more real” (p. 93). What do you think Hayden means by “real?” How might a person be less “real?”

In the chapter “Prepare for Landing,” Burroughs attends his first AA meeting. What is it about AA that helps keep alcoholics sober? Do you think that such meetings could be of value to people who are not alcoholics? Can you name other social activities that function similarly?

After becoming sober, Burroughs describes Greer as accommodating herself to him. He defines this as “shape-shifting” (p. 129). Is such behavior healthy? Do all people “shape-shift” in various ways throughout their lives? Explain.

“Part of me believes that love is more valuable when you have to work for it,” Burroughs admits to his therapist Wendy (p. 205). Do you agree? Do you see any connection with Burroughs take on love and his childhood? Explain.

In the chapter “What’ll It Be?” Burroughs walks along the street, “telling myself how much better my life is sober” (p. 208). What does this statement reveal about the difficulty of staying sober? Do you see this moment as a turning point in the narrative? How? Consider the subsequent series of events.

“Alcohol time is very different from sober time. Alcohol time is slippery whereas sober time is like cat hair. You just can’t get rid of it” (p. 220). What do you think Burroughs means by this? Do you agree?

On page 247, Pighead whispers to Burroughs “You,” to which Burroughs whispers back, “You.” Discuss the significance of this scene. What is being communicated between them? What makes the economic dialogue so effective?

Were you surprised by the turn of events in the next-to-last-chapter “Dry”? Why? Did the final chapter offer a satisfying resolution to those events?

Consider Burroughs’s observation of “how people in recovery are always looking for these big, dramatic miracles” (p. 123). Does the ending provide such a miracle? Would you categorize the ending as a happy one? Why?

If you’ve read Running with Scissors, how would you compare the style and tone of Burroughs’s first memoir with Dry? Do the memoirs complement each other? Why?