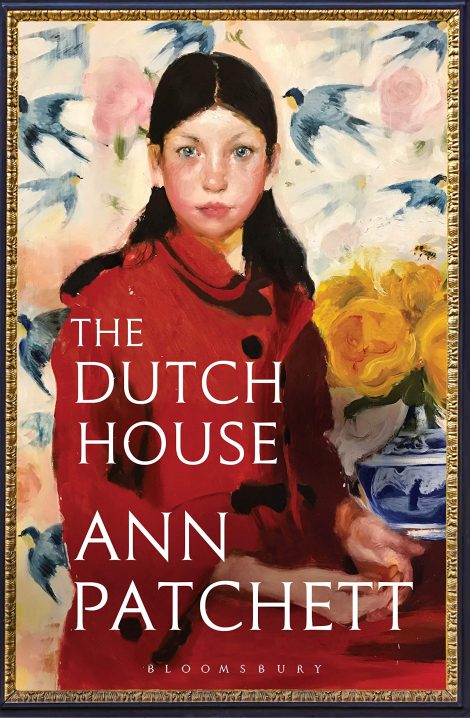 Ann Patchett, the #1 New York Times bestselling author of Commonwealth, delivers her most powerful novel to date: a richly moving story that explores the indelible bond between two siblings, the house of their childhood, and a past that will not let them go. The Dutch House is the story of a paradise lost, a tour de force that digs deeply into questions of inheritance, love and forgiveness, of how we want to see ourselves and of who we really are.

At the end of the Second World War, Cyril Conroy combines luck and a single canny investment to begin an enormous real estate empire,

Ann Patchett, the #1 New York Times bestselling author of Commonwealth, delivers her most powerful novel to date: a richly moving story that explores the indelible bond between two siblings, the house of their childhood, and a past that will not let them go. The Dutch House is the story of a paradise lost, a tour de force that digs deeply into questions of inheritance, love and forgiveness, of how we want to see ourselves and of who we really are.

At the end of the Second World War, Cyril Conroy combines luck and a single canny investment to begin an enormous real estate empire, propelling his family from poverty to enormous wealth. His first order of business is to buy the Dutch House, a lavish estate in the suburbs outside of Philadelphia. Meant as a surprise for his wife, the house sets in motion the undoing of everyone he loves.

The story is told by Cyril’s son Danny, as he and his older sister, the brilliantly acerbic and self-assured Maeve, are exiled from the house where they grew up by their stepmother. The two wealthy siblings are thrown back into the poverty their parents had escaped from and find that all they have to count on is one another. It is this unshakeable bond between them that both saves their lives and thwarts their futures.

Set over the course of five decades, The Dutch House is a dark fairy tale about two smart people who cannot overcome their past. Despite every outward sign of success, Danny and Maeve are only truly comfortable when they’re together. Throughout their lives they return to the well-worn story of what they’ve lost with humor and rage. But when at last they’re forced to confront the people who left them behind, the relationship between an indulged brother and his ever-protective sister is finally tested. 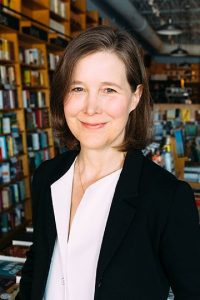 Ann Patchett is the author of seven novels, The Patron Saint of Liars, Taft, The Magician’s Assistant, Bel Canto, Run, State of Wonder, and Commonwealth. She was the editor of Best American Short Stories, 2006, and has written three books of nonfiction, Truth & Beauty, about her friendship with the writer, Lucy Grealy, What now? an expansion of her graduation address at Sarah Lawrence College, and, most recently, This is the Story of a Happy Marriage, a collection of essays.

“The Dutch House is unusual, thoughtful and oddly exciting, as well-told domestic dramas can be.” -Columbus Dispatch

“Patchett is a master storyteller.” -O, the Oprah Magazine

“This is a serious and poignant story, but also a delightfully funny one.” -Washington Independent Review of Books

1. What are the many and varied details of the Dutch House—rooms, stairways, architectural specifics, furniture, windows and doors, etc.? What mood or personality does each space or element possess? What is the complex, overall effect? What might Danny mean when he says, “the house was the story”or that it was “impossible”?

2. What is the nature of the relationship between Maeve and Danny? What explains the longevity and power of their support and love for one another?

3. What is Cyril Conroy like? How might specific behaviors, routines, and decisions of his have influenced Maeve and Danny? Why was he “always more comfortable with his tenants than he was the people in his office or…in his house”? What was it about buildings that he loved so much?

4. What are Fluffy’s various, evolving roles in the Dutch House? What is her overall influence on Maeve and Danny?

5. What explains why Elna Conroy abandoned her children? In what ways might such a profound decision be justified or not? Why, as Maeve argues, are men who leave their families often judged less harshly?

6. What were the various effects of Elna Conroy leaving her husband and children? Was it preferable, as Maeve argues, to have spent some years with her and then lost her or, as Danny experienced, to never have known her? What are the particular emotional challenges of each experience?

7. What might be the significance of Maeve receiving a box of matches and instruction for how to light a fire from her mother on her eighth birthday?

8. When discussing Maeve’s diabetes, Danny suggests that,“the body had all sorts of means to deal with what it couldn’t understand.” What does this mean? What is the relationship between physical health and emotional stress or trauma?

9. In what ways are Sandy and Jocelyn important to the various Conroys?

10. What are Maeve’s particular strengths and abilities? What are her priorities in life? What might explain her decision to stay at her unchallenging job or not pursue a committed romantic relationship or family of her own?

11. What forces—familial, social, cultural—might explain why the two males, Cyril and Danny, are in various ways “excused…from all responsibility” about the lives and struggles of the girls and women in the house?

12. What is the source of Andrea’s power? Why is she so bent on using it against the others—especially the women—in the house? What does she covet and care about?

13. What is significant about each of the portraits in the Dutch House?

14. Why do Maeve and Danny sit secretly in a car outside of the Dutch House many times throughout the years after they are exiled from it?

15. Consider the various literary allusions throughout the novel. What is suggested, for example, by Celeste reading Adrienne Rich’s Necessities of Life when Danny first meets her on a train or by Marilynne Robinson’s novel Housekeeping?

16. What were the “original disappointments” that Celeste felt about Danny? Why did her relationship with Maeve begin so well and become so acrimonious?

17. Despite completing medical school, why is Danny drawn so powerfully to the construction, buying, and selling of buildings? What does he mean when he says he is “at home on a building site”?

18. What does it mean the Maeve and Danny “had made a fetish out of [their] misfortune, fallen in love with it”? What explains such powerful attachment to painful experiences and relationships? Why might Danny not want “to be dislodged from [his] suffering”?

19. Danny eventually realizes that “after years of living in response to the past, [he and Maeve] had somehow become miraculously unstuck.” What does this mean? How did it happen? What explains the “insatiable appetite for the past” that Maeve and Fluffy shared? How does one determine when connections to the past are healthy or restrictive?

20. Later in life, sitting outside the Dutch House, Danny realizes that “the feeling of home” he was experiencing wasdue not to the house but “wholly and gratefully” to his sister Maeve. What defines and determines a feeling of home? What role does a house play or not?

21. What explains the very different responses Maeve and Danny have to their mother’s return?

22. What might it mean that when confronted with an aged and enraged Andrea Danny thinks he “had not been born with an imagination large enough to encompass this moment”? What’s the role of imagination in times of trauma or emotional difficulty? What is its relationship to compassion and empathy? When does imagination become unhealthy illusion?

23. After reuniting, Elna tells Maeve and Danny that when she left she “knew [they] were going to be fine.” In what ways did they end up fine or not?

24. Finally, Danny realizes that “the rage [he] carried for [his] mother exhaled and died. There was no place for it anymore.” What does this mean? What are other ways to process such anger and emotional pain?

25. What changes and transformations are suggested by May’s buying of the Dutch House? What might it imply that Danny walks with her through the darkness to enter it?