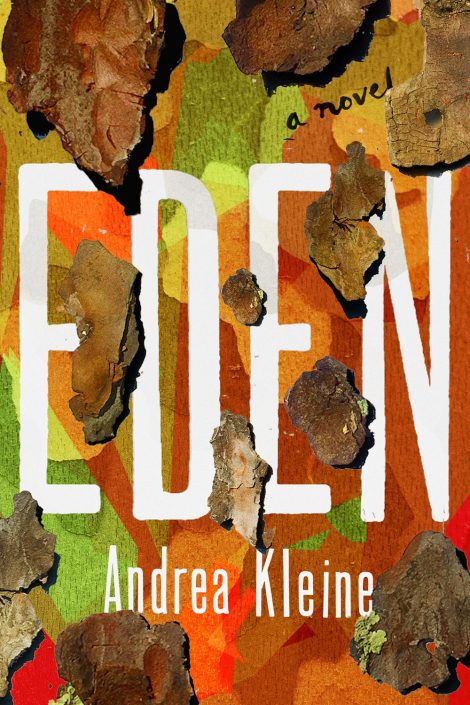 Every other weekend, Hope and Eden—backpacks, Walkmans, and homework in hand—wait for their father to pick them up, as he always does, at a strip-mall bus stop. It’s the divorce shuffle; they’re used to it. Only this weekend, he’s screwed up, forgotten, and their world will irrevocably change when a stranger lures them into his truck with a false story and smile.

More than twenty years later, Hope is that classic New York failure: a playwright with only one play produced long ago,

Every other weekend, Hope and Eden—backpacks, Walkmans, and homework in hand—wait for their father to pick them up, as he always does, at a strip-mall bus stop. It’s the divorce shuffle; they’re used to it. Only this weekend, he’s screwed up, forgotten, and their world will irrevocably change when a stranger lures them into his truck with a false story and smile.

More than twenty years later, Hope is that classic New York failure: a playwright with only one play produced long ago, newly evicted from an illegal sublet, working a humiliating temp job. Eden has long since distanced herself from her family, and no one seems to know where she is. When the man who abducted them is up for parole, the sisters might be able to offer testimony to keep him jailed. Hope sets out to find her sister—and to find herself—and it becomes the journey of a lifetime, taking her from hippie communes to cities across the country. Suspenseful and moving, Eden asks: how much do our pasts define us, and what price do we pay if we break free? 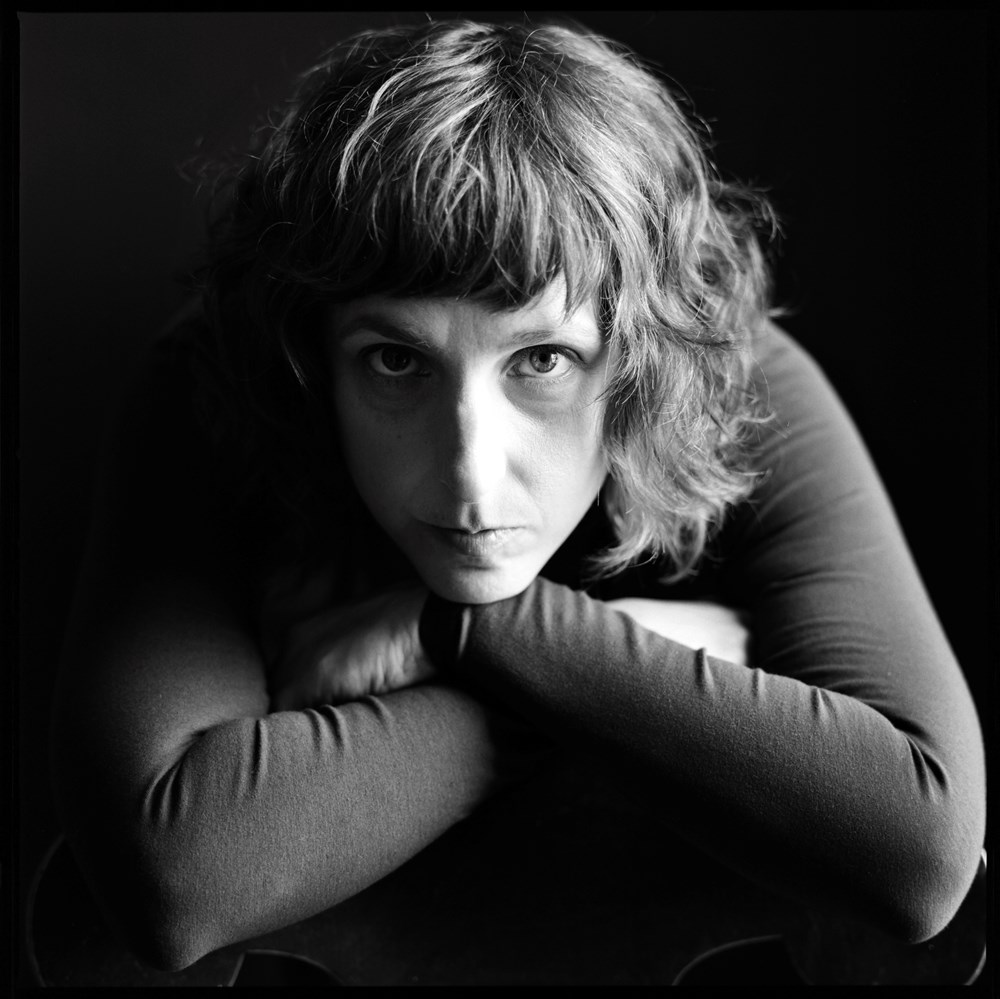 Andrea Kleine is the author of the novel Calf, which was named one of the best books of 2015 by Publishers Weekly. She is a five-time MacDowell Colony Fellow and the recipient of a New York Foundation for the Arts fellowship. A performance artist, essayist, and novelist, she lives in New York City.

“A devastating, revelatory examination of trauma, memory, creation, and the ways in which we define ourselves according to our experiences.”—NYLON, “Great Books to Read this Summer”

“Fascinating…a gripping portrait of the lingering effects of trauma.”—Publishers Weekly

1. What are the different ways that the novel’s title could be interpreted?

2. How is family defined in the book? What are the different relationship dynamics?

3. In this novel, people process trauma very differently. Hope is reluctant to express her feelings, Eden has cut herself off, their dad blames himself, Luce couldn’t be around. Talk about the ways in which the characters believe that their methods of coping have worked for them. How have their approaches held them back? What are some things they could have done differently?

4. Early in the novel, Hope calls her mother, who has terminal cancer. When Hope asks how she is feeling, her mother snaps at her and says she doesn’t want to talk about her health because there is more to her than just cancer. How is this similar to Hope saying she doesn’t like the word “victim?”

5. Hope and her friends are artists making their way in New York. Jamie wonders if he and Hope would have decided to be artists if they had known how hard it was going to be. How do Hope, Jamie, and Zara each pursue their artistic careers?

6. How is this a novel about queerness and LGBTQ+ lives? How has Hope found her chosen family? How does her community validate her in ways that her biological family doesn’t?

7. After breaking up with Hope, Noreen quickly establishes herself in a “normal” life – she gets a good job, she marries her new girlfriend and has a baby. Is Hope capable of living a “normal” life? Does she want to?

8. How is this a book about searching for home? Near the end of the book, Hope gets a ride from a person who tells her that, like Dorothy in The Wizard of Oz, Hope has had the ruby slippers all along. Did Hope need to go on this journey? Did she already have knowledge and strength to find her way home?

9. At the end of the novel, we aren’t given many traditional answers. Hope doesn’t convince Eden to testify. Eden doesn’t welcome Hope into her life. On the surface, Hope doesn’t have much more than she started out with. But what deeper things does she gain?

10. What do you think happens to Hope after the book ends?

It was embarrassing to take the bus, but it was doubly embarrassing to hand the driver a coupon that had been cut out of the back of a Cheerios box. My father ate Cheerios for breakfast every day except Sundays, and then he ate eggs. When my parents divorced, back when I was ten, my father moved from Charlottesville out to the country, sort of toward DC but sort of toward the mountains, and fixed up an old house. My sister, Eden, and I took the Greyhound bus to visit him every other weekend because neither our father nor my mother was willing to make the ninety-minute drive each way. My mother insisted it was our father’s responsibility. Our father thought he was paying my mother more than enough for child support, considering she had a decent job and he never had to pay Eden’s mom, Suriya, anything. He tried to bargain with my mother to drop us off at a shopping mall halfway, but she refused. He drove us the first year and a half until he spotted the bus coupons on the back of the Cheerios box, and then he never picked us up or drove us home again.

Eden always let me give the tickets to the bus driver. I was excited at first that she let me do it, since she was two years older, but when I realized I had been duped into having the uncool job, she said, “No givebacks.” I had to go on the bus first and hand over the tickets, and Eden could wait and lag behind, distancing herself from me and the embarrassing Cheerios coupon. Her preferred seating arrangement was to have her own two seats and she would sit wherever she wanted, forcing me to move closer to her if she sat too far away. If I tried to sit down next to her, she would say, “Hope not,” which was her way of politely saying “Fuck off,” since my name is Hope.

The bus station was next to a dentist’s office in a small strip mall of only four shops and a Jack in the Box that had been closed since our dad moved to his small town. If our dad wasn’t there to pick us up, Eden and I would wait inside the station on the single row of connected plastic chairs and read or do homework until he showed up in his old VW bus, which we called The Camper. When my parents divorced, my mom got the car and our dad got The Camper.

One Friday, when I was in my first semester of high school, our dad was late. I got tired of trying to do my Algebra homework. Eden put on her headphones and popped a mixtape in her Walkman and ignored me when I asked for help, even though she was taking Trig and was good at it. We stared at the television bolted to the ceiling and watched as the programs segued from news to game shows to a really dumb movie to news again. The parking lot had grown dark and we couldn’t see anything out of the windows except our own muddy reflection. We were the only ones in the station and other buses had already come and gone. The guy behind the counter asked, “You girls need to call someone?” and Eden quickly replied, “No.” The ticket agent sighed, like he was just trying to be a nice person and why did Eden have to be so unfriendly in return. He hit a button on his cash register and printed out the long receipt of the day. A few minutes later he said he had to close up the station for the night. “You girls are going to have to wait outside,” he said, obviously somewhat uncomfortable with the situation but not wanting to get involved with us any further. “There’s a pay phone over there if you need to call someone,” he said, pointing to a post at the opposite end of the strip mall. Eden and I sat on the curb outside the station and watched him drive away.

Eden lit up a clove cigarette. I liked the way they smelled, so I didn’t pester her that she shouldn’t smoke.

“Because I didn’t,” Eden said. She dug her Walkman out of the pocket of her trench coat and flipped over the cassette.

“If we had called, Dad would’ve been here by now,” I said.

“No, he wouldn’t have answered because he’s either on his way or his car broke down.”

“What are we supposed to do if his car broke down?”

“Maybe he got the weekends mixed up and he doesn’t know to come and get us.”

“Then he’s really fucked up.” She put on her headphones and pressed play and I was cut out. She was done with me.

Finally, headlights turned into the parking lot and swept over us. Eden half hid her cigarette behind her hip and pulled off her headphones. A pickup truck drove up next to the bus station and a skinny guy in jeans got out.    “Hey,” he said. “Sorry you girls had to wait so long. I’m Larry. I’m a friend of your dad’s. He had some serious car trouble so he asked me to come get you.”

The whole thing played out like the script they read you in school about how you shouldn’t get into a stranger’s car, even if he offers you ice cream, even if he says he’s a friend of your dad’s. Larry probably sensed this, because he said, “I met you before, but you were really little. You probably don’t remember. It was at a birthday party for you,” he pointed at Eden, “when you were three or four maybe. You were just a baby,” he said to me.

We stared at him, unsure of what to say. Eden was usually the one to take charge in these situations, but she was silent. Eden thought that once you were over sixteen you were basically an adult, and she didn’t like being reminded that she had ever been a little girl. She flicked away her cigarette and crossed her arms over her chest. Larry leaned back against the truck. “Or, do you want to wait out here another hour while your dad finds someone else to come get you? ’Cause I do want to eat dinner at some point before breakfast.”

Eden picked up her backpack. “Let’s go,” she said.

Larry walked around to the driver’s side. “You want to squeeze up front, or you want to sit in the back?” he asked.

“What? The back is better,” Eden said. She lowered her voice. “I don’t want to sit next to him.”

“I don’t want to go,” I said, slightly above a whisper.

Eden rolled her eyes. “Lots of people ride in backs of trucks,” she said.

Eden rolled her eyes again. “Do you have to have proof of everything?” she asked.

“Dad would’ve given him a note or something.”

Eden sighed a loud sigh. “Look, I remember him from my birthday party.”

I was shocked that she did because I couldn’t remember my fourth birthday party at all. “You do?”

“Yes,” she said. “It was in the backyard and we had little individual containers of ice cream. I dropped mine on the ground and we didn’t have