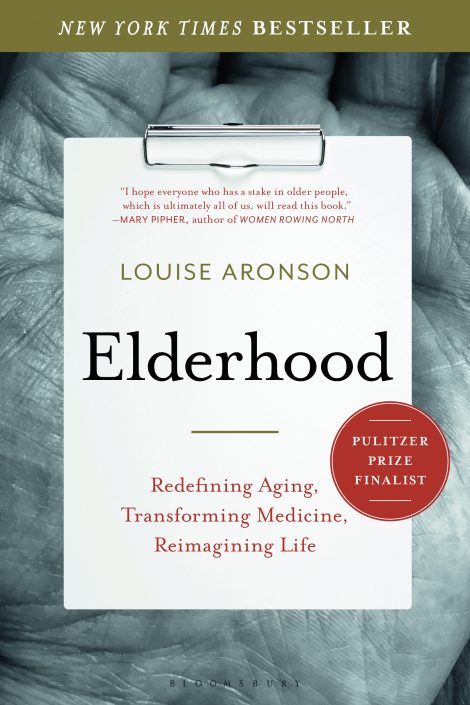 The New York Times bestseller from physician and award-winning writer Louise Aronson–an essential, empathetic look at a vital but often disparaged stage of life, as revelatory as Atul Gawande’s Being Mortal.

For more than 5,000 years, “old” has been defined as beginning between the ages of 60 and 70. That means most people alive today will spend more years in elderhood than in childhood, and many will be elders for 40 years or more. Yet at the very moment that humans are living longer than ever before, we’ve made old age into a disease,

The New York Times bestseller from physician and award-winning writer Louise Aronson–an essential, empathetic look at a vital but often disparaged stage of life, as revelatory as Atul Gawande’s Being Mortal.

For more than 5,000 years, “old” has been defined as beginning between the ages of 60 and 70. That means most people alive today will spend more years in elderhood than in childhood, and many will be elders for 40 years or more. Yet at the very moment that humans are living longer than ever before, we’ve made old age into a disease, a condition to be dreaded, denigrated, neglected, and denied.

Reminiscent of Oliver Sacks, noted Harvard-trained geriatrician Louise Aronson uses stories from her quarter century of caring for patients, and draws from history, science, literature, popular culture, and her own life to weave a vision of old age that’s neither nightmare nor utopian fantasy–a vision full of joy, wonder, frustration, outrage, and hope about aging, medicine, and humanity itself.

Elderhood is for anyone who is, in the author’s own words, “an aging, i.e., still-breathing human being.” 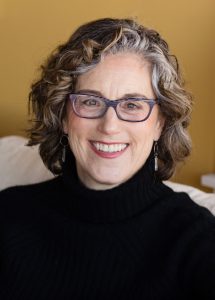 Louise Aronson has an MFA in fiction from the Warren Wilson Program for Writers and an MD from Harvard Medical School. She has won the Sonora Review prize, the New Millennium short fiction award and has received three Pushcart nominations. She is an Associate Professor of Medicine at the University of California where she cares for diverse, frail older patients and directs the Pathways to Discovery Program, the Northern California Geriatrics Education Center and UCSF Medical Humanities. She lives in San Francisco.

“Exquisitely written . . . [Aronson] advocates a new paradigm: a re-balancing act in which technology has a role but the focus returns to care. Unlike the high-tech, algorithmic march of modern medicine, her idea of truly ‘personalized medicine’ incorporates the patient’s past experiences and current expectations. This integrative, humanistic model of geriatrics is rare. One can only hope its practices are adopted swiftly.”  – Nature

“A passionate, deeply informed critique of how our healthcare system fails in its treatment of the elderly . . . Vitally important . . . Though the subject of this provocative book is the elderly, its message touches the entire span of human life.” – BookPage

“Eloquent and impressive . . . A landmark work . . . In a world of increasing numbers of older adults, Aronson’s highly readable, absorbing, and thought-provoking book should serve as a guide for how our culture must change in order to provide a future in which all of us can age well throughout the span of our lives.” – Changing Aging

“[A] penetrating meditation on geriatrics . . . Aronson’s deep empathy, hard-won knowledge, and vivid reportage makes for one of the best accounts around of the medical mistreatment of the old.” – Publishers Weekly, starred review

“An examination of aging and the human condition encompassing poignant stories and the viewpoints of medical experts, writers, historians, and scientists . . . Empathetic, probing, and often emotionally moving narratives on appreciating the power and the pain of aging.” – Kirkus, starred review

1. Early in the book, the author discusses Professor Guy Micco’s classroom exercise with medical students, in which he asks them to name common associations with the word old. “Wrinkled” and “frail” were among the words given in response by these young people. What words do you associate with the word old? Does a person’s outlook on elderhood change as they age, or do these negative stereotypes persist?

2. Age is just a number, we’re told, but age sixty-five is a widely recognized dividing line between young and old. With so many societal changes in our modern world—medical, economic, interpersonal—is this numerical partition outdated? Do you see it as harmful or helpful? Why or why not?

3. We live decades longer than we did throughout most of human existence, and old people are a steadily increasing part of the population. How have these changes transformed societal attitudes toward the elderly? And how has this demographic shift impacted society as a whole?

4. Driving a car means independence to both a sixteen-year-old and a seventy-five-year-old. Issues both physical and emotional converge on the fraught question of when it’s the right time for an older person to stop driving. What point is that, do you think, and how is this subject best broached? Since younger drivers are more dangerous than older ones but we don’t discuss
raising the driving age, is this discussion based in ageism, social need, or both?

5. Simone de Beauvoir maintains, “Otherness is a fundamental category of human thought,” and Donald Hall writes of old age, “People’s response to our separateness can be callous, can be goodhearted, and is always condescending.” What in particular about aging transforms another human being into a feared, scorned Other? What results from such a classification?

6. Aging people may bemoan an increased invisibility, but poet Mary Ruefle says, “As soon as you become invisible, there’s a freedom that’s astounding.” What might she be referring to? What advantages and freedoms potentially come in life’s third act?

7. Biology matters, but it’s only one part of the aging puzzle, says Aronson. Psychologist Lillien J. Martin suggests “looking at old age as a period of life rather than as a bodily condition.” What impact might this change in attitude have? What other changes in attitude impact our well-being as we age?

8. These days we don’t just want faster, slicker devices; we want humans that way too. Aronson writes, “We prize youth, though doing so means that all of us will spend most of our lives in a state of failure.” What’s lost when a society values—above all—speed and very particular forms of beauty and production?

9. Writing that aging withers our creativity and renders us disabled, Zeke Emanuel states that “living too long is also a loss.” What concerns him is a loss of productivity. Aronson argues that, despite decline or disability, life continues to have great meaning for many people through, among other things, learning and art and relationship building. Aristotle used the word eugeria to mean “a good old age.” What does a “good old age” mean to you? What is successful aging, not just in the early decades of elderhood but through the end of life?

10. It sounds good to the ears, but is it actually a good or bad thing when someone says you don’t look your age? What age do you want to look? Do you feel a person’s mode of dress should necessarily match a numeric age? What about their behavior? Should you “act your age”? What activities does society deem appropriate or inappropriate for elders?

11. Aronson writes, “Care is never futile, though treatment can be.” Too often these words are used interchangeably even as their meanings differ. Discuss the difference, and the dangers of blurring the line between them. And if care was indeed made the priority, how would our medical system look different?

12. Before the American medicalization of aging, the process of growing old was seen as natural, and survival to an advanced age seen as an accomplishment. Now behaviors, bodily functions, and physical states once considered natural are given diagnosis, management, and treatment. Financial reward for medical procedures persists, even when the procedures are unlikely to benefit the patient. How much treatment is too much, and what factors suggest a person might be harmed more than helped?

13. In a TED talk, Robert Waldinger asks, “What makes us happy as we go through life?” Setting aside basic survival needs, do our requirements for fulfillment change as we age? If so, how? If not, what are these fundamental needs?

14. “Part of what makes old age hard is that we fight it, rather than embracing it,” writes Aronson, who goes on to say we fail to appreciate the many upsides of elderhood, an attitude that contributes to the old age many of us dread. How can one actively embrace aging? Name two advantages of old age.

15. Aronson writes, “Revolution occurs when enough people accept that the current paradigm is inadequate and reject it in favor of a new one.” What myths about aging have been debunked or are in the process of evolving? How did reading Elderhood impact your thinking on the topic?

Being Mortal: Medicine and What Matters in the End by Atul Gawande; Essays after Eighty by Donald Hall; Somewhere Towards the End by Diana Athill; Can’t We Talk About Something More Pleasant? A Memoir by Roz Chast; This Chair Rocks: A Manifesto Against Ageism by Ashton Applewhite; Knocking on Heaven’s Door by Katy Butler; No Time to Spare: Thinking About What Matters by Ursula K. Le Guin; Women Rowing North by Mary Pipher