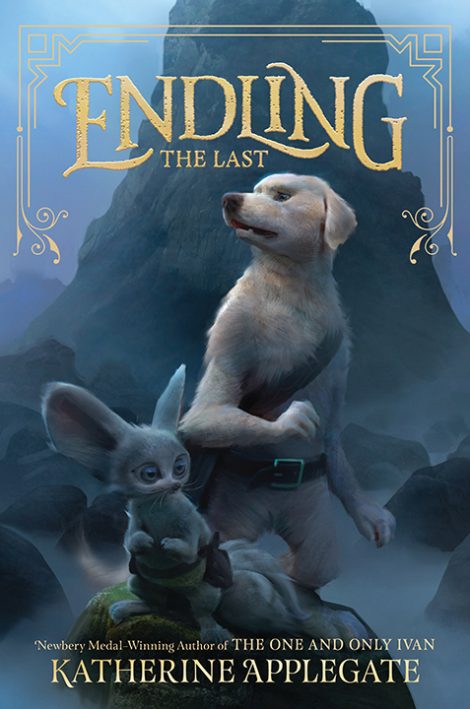 An epic new series from Katherine Applegate, the Newbery Medal-winning and #1 New York Times bestselling author of The One and Only Ivan, Crenshaw, and Wishtree.

Byx is the youngest member of her dairne pack. Believed to possess remarkable abilities, her mythical doglike species has been hunted to near extinction in the war-torn kingdom of Nedarra.

After her pack is hunted down and killed, Byx fears she may be the last of her species. The Endling. So Byx sets out to find safe haven, and to see if the legends of other hidden dairnes are true.

An epic new series from Katherine Applegate, the Newbery Medal-winning and #1 New York Times bestselling author of The One and Only Ivan, Crenshaw, and Wishtree.

Byx is the youngest member of her dairne pack. Believed to possess remarkable abilities, her mythical doglike species has been hunted to near extinction in the war-torn kingdom of Nedarra.

After her pack is hunted down and killed, Byx fears she may be the last of her species. The Endling. So Byx sets out to find safe haven, and to see if the legends of other hidden dairnes are true.

Along the way, she meets new allies—both animals and humans alike—who each have their own motivations for joining her quest. And although they begin as strangers, they become their own kind of family—one that will ultimately uncover a secret that may threaten every creature in their world. 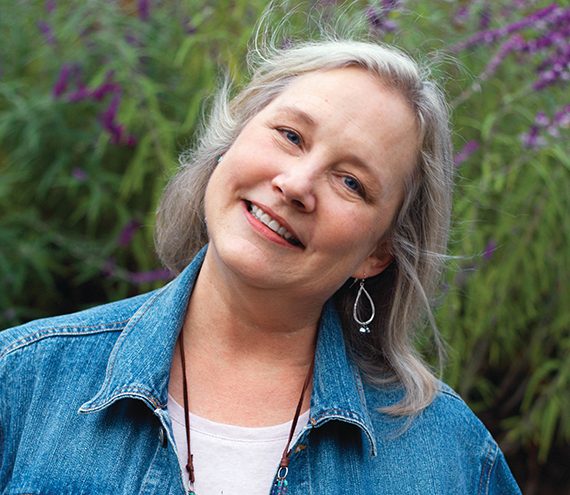 Katherine Applegate is the Newbery Medal-winning and #1 New York Times bestselling author of numerous books for young readers, including The One and Only Ivan, Crenshaw, Wishtree, the Roscoe Riley Rules chapter books series, and the Animorphs series. She lives with her husband, who writes as the author Michael Grant, and their children in California.

“Applegate effortlessly constructs her fantasy world, briskly moving readers through its imaginative details while creating winning, unique characters. This epic series starter is a bracing, propulsive read that will be a challenge to keep on the shelf.”—ALA Booklist (starred review)

“Applegate skillfully builds a fully realized world of intrigue and wonder without ever letting up on the story’s quick pace. Themes of genocide, conservation, and magic are interwoven, providing thought-provoking questions for astute readers and educators. A savvy choice for readers of fantasy; individual readers and book clubs will love it and demand to know when the sequel will be available.”—Kirkus Reviews (starred review)

“The gripping first installment of Applegate’s new fantasy trilogy assembles a motley crew in a suspenseful, tautly drawn quest. Persuasive emotional underpinnings give depth and urgency to the adventure as the team unites against sinister forces.”—Publishers Weekly (starred review)

1. Katherine Applegate has created a detailed world with a well-defined social structure, a history and a mythology. Explain who the governing species are and how they relate to each other. What is the mythological history about how this arrangement was created? Why are other species considered lower than the governing species?

2. Describe Byx and how she ends up on her quest. What makes her a good protagonist? How does she change throughout the course of the novel? Come up with five adjectives to describe her. Discuss why you think the author chose to have Byx narrate the story instead of using a third-person point of view.

3. Byx is known in her family for her curiosity. Her mother says, “I love that you ask so many questions” (p. 10). What role does her curiosity play in the story’s plot? Give examples of when she’s curious and what difference it makes.

4. Byx and the other dairnes can detect lies. How does that affect her life? When does the ability help her on her travels? When does it hurt her? How do humans feel about this special ability of the dairnes? Explain how Byx’s own ability to lie helps her and her friends.

5. Tobble explains the Wobbyk Code after Byx saves his life. What does “code” mean in this context? What is the Wobbyk Code? How do Byx and Tobble meet? Describe Tobble, his background, his personality, and the characteristics of his species. How does Tobble show courage? What is a stibillary and why do Byx and the others perform one for Tobble?

6. Describe how Byx meets Khara. She’s a mysterious figure when Byx first encounters her. Why does she pose as male? Why is she working for poachers? What is her family history? What are her goals? Explain how her relationship with Byx changes over the course of the novel.

7. Byx recounts that, “My father had saying: ‘To rush is not necessarily to arrive.’ He said it to me often.” (pp. 19-20). What did Byx’s father mean by this? What are times in the novel that Byx rushes? What are the consequences of those actions? Are there times when she rushes but doesn’t arrive?

8. When did Byx, Khara, and Tobble first meet Renzo, and what did they think of him? What is their next encounter? Describe his personality and his occupation. How does magic help him? What role does he play in their quest? How does he change by the end of the story?

9. The dairnes so true,/So free of greed,/May come and go,/Take what they need” (p.125). Khara sings these lines about the original place of the dairnes among the governing species. What do the lines mean? Why did Byx’s packelder, Dalyntor, call the ability to detect lies “a burdensome gift” (p. 126)?

10. Where is Cora di Schola? How does Byx get there and what is her reaction to the town? Describe the tower, its different levels, and what they are used for. Who is Ferrucci and how does Khara know him? Why does she take Byx to him? Why does Ferrucci betray Khara and Byx?

Long before I heard the word, I was used to being last.

As the lowest-ranking member of our dwindling pack, I accepted my place without resentment—much resentment, anyway.

It was, perhaps, only fair. My failings were many, or so I was often told.

I was too young to be clever, too small to be helpful.

My feet were large and clumsy. They tangled when I ran.

My coat was untidy, my manners dreadful. I once ate an entire leg of anteleer before my rightful turn.

I was curious to a fault. I wandered too far and wondered too often.

I was, in short, a disappointment at my only task in life, which was to do my best, like all dairnes, to stay quietly alive.

Those days, you’d have been as likely to pet a unicorn as you would to sight a dairne.

Our packelder, Dalyntor, white muzzled and frail, liked to speak of a time when our ancestors roamed in great bands, hundreds of dairnes at a time, across the Nedarran plains. At night they would form into family groups, gathering around to prepare wild grasses and berries, or perhaps cook the stray badger or cotchet.

But all that was long ago. Now there were just a few of us left in our part of the world, a single band of four families cowering together, meek as mouselings.

Hiding from humans, those most unpredictable of predators.

Hiding from the sun itself.

Some said there were more dairnes far away, living in mountain caves or on distant islands. Some said those sightings were the result of misguided hope. Dairnes were often mistaken for dogs. We share many physical similarities.

Dogs, however, lack opposable thumbs. They can’t walk upright. They aren’t able to glide from tree to tree. They can’t speak to humans.

And dogs aren’t—forgive me—the sharpest claws in the hunt, if you catch my meaning.

In any case, whether there were more of us or not, Dalyntor feared we would all be gone soon, slaughtered for our warm and silky fur.

Like the Carlisian seal, hunted by humans to extinction.

Or the red marlot, devastated by disease.

Or the blue-tufted ziguin, wiped out when its territory was destroyed in the Long-Ago War.

It seemed there were many ways to leave the world forever.

We didn’t want to believe our days were numbered. But here is what we did know: once we’d been many, and now we were few.

My parents feared I would be the first among us to die when trouble came, and trouble, they knew, was fast approaching.

I was small. And sometimes disappointing.

But I knew I could be brave as well. I was not afraid to be the first to die.

I just did not want to be the last to live.

I did not want to be the endling.