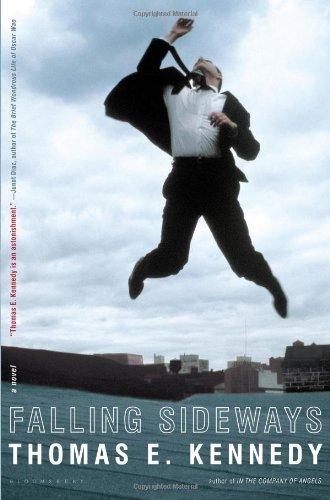 Eight lives are about to change inCopenhagen. The executives of the Tank, a financial firm downtown, have just heard that a financial crisis is looming. Which employees will make the cut? Harold Jaeger isn’t too worried; he is the protégé of Frederick Breathwaite, an American who has worked for the Tank for twenty-five years. Jaeger’s life has been on a downward slide lately; he is divorced, alienated from his ex-wife, and growing tired of his womanizing ways. He is falling for Birgitte Sommer, a coworker whose own marriage is in trouble.

Despite his years of loyalty,

Eight lives are about to change in>Copenhagen. The executives of the Tank, a financial firm downtown, have just heard that a financial crisis is looming. Which employees will make the cut? Harold Jaeger isn’t too worried; he is the protégé of Frederick Breathwaite, an American who has worked for the Tank for twenty-five years. Jaeger’s life has been on a downward slide lately; he is divorced, alienated from his ex-wife, and growing tired of his womanizing ways. He is falling for Birgitte Sommer, a coworker whose own marriage is in trouble.

Despite his years of loyalty, Frederick Breathwaite is the first to lose his job. He can’t bring himself to tell his wife the bad news, but he takes comfort in one thing: He has made his boss, Martin Kampman, guarantee a place at the firm for Breathwaite’s son, Jes. But Jes isn’t interested in corporate life; he is content working with a Muslim key and shoemaker, Jâlal al-Din, who dispenses wisdom from the Koran to his beloved employee.

Martin Kampman’s carefully controlled family life is also unraveling. His teenage son, Adam, refuses to follow in his father’s footsteps. Jes inspires Adam to start his privileged life over from scratch. As Martin reacts violently to his son’s rebellion, he seems to be on the verge of taking the Tank, and all its employees, down with him.

Thomas E. Kennedy was born in New York. He has lived in Copenhagen for over two decades, and has worked, among other things, as a translator for Copenhagen’s Rehabilitation Centre for Torture Victims. He is the author of eight novels, as well as several collections of short stories and essays, and has won numerous awards including the Eric Hoffer Award, the Pushcart Prize, the O. Henry Prize and the National Magazine Award. He teaches creative writing at Fairleigh Dickinson University, and is the father of two grown children who live in Denmark.

“A clever spoof about work and the relationships formed there.”
—Kirkus Reviews

Falling Sideways opens with descriptions of characters’ homes: Breathwaite’s apartment, Jaeger’s bachelor pad, Birgitte’s bungalow, and Martin’s mansion. What do we learn about these characters from their domestic spaces?

Why does Jaeger call the Tank’s weekly executive meeting “the Mumble Club?” Why does he dread this meeting? How do Jaeger’s thoughts and behaviors during the meeting reveal his job insecurities?

After he is fired from the Tank, Breathwaite formulates the philosophy by which he has lived and worked as, “If you work hard, you will prosper; no need to try to bring the other man down” (42). What strategies do Breathwaite, Jaeger, and Kampman use to accomplish their goals? Would either Jaeger or Kampman agree with Breathwaite’s philosophy of prosperity? Why or why not?

Consider Martin Kampman’s morning routine, from his 4:59 waking time to his 7:03 arrival at the Tank. What does Martin’s lifestyle reveal about his character? Why does Karen, Martin’s wife, say to him at the end of the novel, “Who are you?” (271). Does the reader know Kampman any better than Karen does? Explain.

Consider the setting of Falling Sideways. How does Copenhagen look, sound, and feel to each of these characters? Who feels constricted by the city, and who seems inspired by it? How does life in Denmark, “this little kingdom of islands,” seem to compare to life in the United States (29)? How does the “Danish dream” compare to the “American dream” (112)?

Discuss the role of women in the novel. How are female characters like Birgitte, Jytte, and Karen portrayed? Do women fare any better than the struggling fathers and sons of the novel? Explain.

While crossing Queen Louise’s Bridge, Breathwaite has a vision of three couples who seem to perform an orchestrated dance. Why does this vision disturb Breathwaite? What might these couples symbolize for him?

Describe the relationship between Jes and Adam, sons of the Tank who strike up a friendship. What do these young men have in common? What differences and rivalries complicate their new friendship?

On two occasions, Adam decides to start his life over. At the bank he thinks, “Now that he had started his future, it seemed appropriate to make a withdrawal” (166). And at the end of the novel he realizes, “Life now was like a blank picture, an empty box, and what he had to do now was slowly, carefully, to fill that emptiness” (276). Compare these two scenes of Adam’s renewal. What has Adam learned over the course of these few days, and how will he make a new start?

The conflict between fathers and children is a main theme of Falling Sideways. Describe the relationships that Breathwaite, Jaeger, Kampman, and Jâlal have with their children and with their own parents. Which of these fathers is able to connect with their sons and daughters, and which fail?

Jaeger attempts to recite William Butler Yeats’s poem “A Drinking Song” to the Tank’s Irish clients (256). Yeats’s poem reads, “Wine comes in at the mouth / And love comes in at the eye; / That’s all we shall know for truth / Before we grow old and die. / I lift the glass to my mouth, / I look at you, and I sigh.” How does Jaeger get the poem wrong, and how do his mistakes change the meaning of his speech?

Discuss the character of Jâlal al-Din, Jes Breathwaite’s boss at the Dome of the Rock Key & Heel Bar. How does Jâlal’s family life reflect his struggles as an immigrant in Denmark? How does Jâlal’s “other ‘son,’ young Jes,” betray Jâlal in the end, and how does Jâlal react (282)?

Discuss the structure of Falling Sideways. What is the effect of its division of chapters, with each section covering a single day? Which day feels the longest, and which the shortest? Why do you think the novel skips Sunday?

The novel closes with an intimate moment between Breathwaite and his wife, Kis. How has the Breathwaites’ marriage improved over the course of these few days? Which other couples also end happily, and which relationships seem in jeopardy at the end of Falling Sideways?

Several characters narrate Falling Sideways. Which narrators do you sympathize with most and least? Which character’s innermost thoughts are the funniest, and which are the saddest?