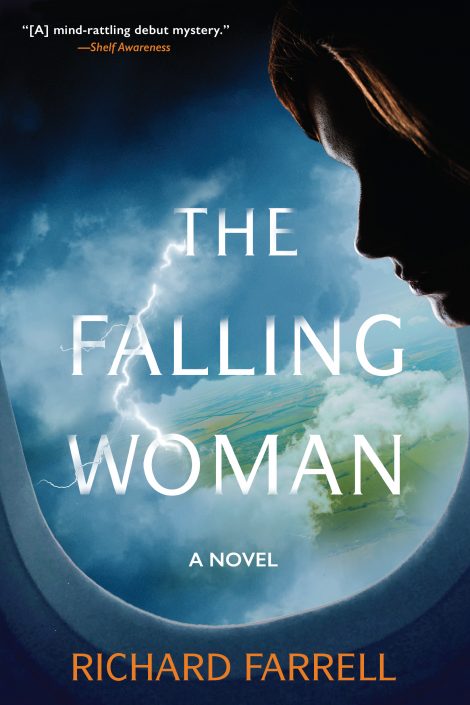 First, it’s just a barely believable rumor: one person may have survived the midair explosion of a passenger jet on a cross-country course from Washington, D.C., to San Francisco. But soon she becomes a national media sensation when “the Falling Woman,” as the press dubs her, is said to have been taken to a Wichita hospital—and then to have disappeared without a trace.

As a dedicated National Transportation Safety Bureau agent joins the search for clues, he becomes drawn into the woman’s moving and personal fight to keep secret the story of her survival, even from her own family,

First, it’s just a barely believable rumor: one person may have survived the midair explosion of a passenger jet on a cross-country course from Washington, D.C., to San Francisco. But soon she becomes a national media sensation when “the Falling Woman,” as the press dubs her, is said to have been taken to a Wichita hospital—and then to have disappeared without a trace.

As a dedicated National Transportation Safety Bureau agent joins the search for clues, he becomes drawn into the woman’s moving and personal fight to keep secret the story of her survival, even from her own family, and possibly at risk to his own career.

The Falling Woman is a novel that asks compelling and controversial questions about the value of life and what should be sacrificed in the name of love. 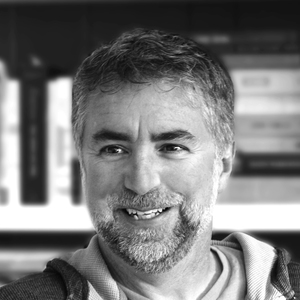 Richard Farrell is a graduate of the U.S. Naval Academy and a former pilot who holds an MFA in writing from Vermont College of Fine Arts. His work has appeared in Hunger Mountain, upstreet, New Plains Review, Potomac Review, Descant, and elsewhere. Originally from Worcester, Massachusetts, he teaches creative writing at Grossmont College in San Diego, where he lives with his wife and two children. This is his first novel.

“[A] mind-rattling debut mystery . . . Page after page, Farrell builds confusion and frustration into an incendiary debate between belief in the miraculous and the basic laws of physics . . . When he finally discovers the truth, what Charlie does with it will make for an explosive discussion long after the final chapter.” —Shelf Awareness for Readers

“An intriguing story given weight by its examination of what it means to be faithful.” —Booklist

“The Falling Woman is a thoughtful, intelligent, and meticulously crafted novel about expectations and choices, tragedies and miracles, limitations and freedom. I enjoyed every page; it is a gem.” —T. Greenwood, author of Keeping Lucy

“A stunning debut, The Falling Woman kept me riveted to the very last page. Without sacrificing an ounce of suspense, Farrell manages to ask the big questions about life and love. This is a novel that is perfect for book clubs.” —Thomas Christopher Greene, author of The Perfect Liar and The Headmaster’s Wife

“The Falling Woman is the kind of novel I like best: a page-turning glimpse into a world I have always been curious about (an investigation of a commercial airline accident) combined with great writing, great plotting and a thoughtful plumbing of what makes us human—with a twist at the end. Highly recommended.” —B.A. Shapiro, author of The Collector’s Apprentice

“What would you do if you were confronted with a miracle? That is the essential question posed in The Falling Woman, a surprisingly spiritual novel about a plane crash. Two people entwined in the investigation, both in desperate need of hope—and a true home—grapple with an answer, which may prove as perilous as the catastrophe. Part mystery and part prayer, this page-turner about mortality is iridescent. I loved it.” —Robin Oliveira, author of Winter Sisters

1. The Falling Woman explores themes of uncertainty, identity, and self-determination. Give an example of how each of these themes are used in the story.

2. At the outset of the novel, Charlie Radford is portrayed as an ambitious young investigator motivated by career aspirations and hopes for advancement. Yet the choices he makes run counter to these aspirations. How do you think you would have handled the challenges he faced in dealing with the falling woman? Do you think you could or would have made the same decisions he did?

3. Commercial plane crashes are relatively rare occurrences, yet there seems to be an acute fascination with them. Why do you think this is so? How do you feel about flying?

4. Radford’s choice of career seems to have been motivated by his disappointment in not succeeding as a pilot himself. Do you think of failure and disappointment as motivators in most people’s lives? Give some examples of others—real or fictional—who have achieved success after struggling with failure.

5. How do you think Erin Geraghty’s life would have played out if her plane had not crashed? Do you think the life she will have because of her decision to remain anonymous will be very different, or better? How?

6. What do you think Erin’s final days will be like? Do you think she will stick to her decision not to reach out to her family?

7. Though the possibility of surviving the crash of an airplane that disintegrates in midair seems extremely unlikely, there are a number of actual cases in which people did survive a long fall. Did you find Erin’s survival to be convincing? Would you agree with the priest Radford encountered at the hospital that her survival was a “miracle”? Or do you view it as a matter of random possibility?

8. If you had been in Erin’s situation—caught in a loveless marriage, diagnosed with a form of cancer that’s almost always fatal—do you think you would have made the same decision she does? If so, why?

9. Do you view Erin’s decision to not rejoin her family to be one of strength or cowardice? How so?

10. Given the way both traditional and social media seem to know about or learn of virtually everything of note that happens, do you think Erin’s decision to disappear was rational and realistic, or perhaps more a result of the mental trauma she experienced in the accident? Why?

I was ten years old when I fell in love with flying. I remember the day, the hour, the very airplane—an AV-8A Harrier. Stuck in a fifth-grade science classroom, perpetually bored and staring out windows, I was not expecting a jet to zoom low and fast over the autumnal tree line. The year was 1979, and the first-ever Worcester Airshow had begun. For the next four days, this extravaganza of flight would transform the skies above my hometown. The heavens filled with more aircraft than a boy could imagine: vintage biplanes, World War II bombers, massive gray cargo jets, tankers, helicopters, and fighter planes with mythical names like Skyhawk and Corsair, Phantom and Super Saber.

Hour after hour, I’d whiplash my neck staring into the clouds, listening for the bassy whir of turbo props at breakfast, the thunder of afterburners at dinner. The sun scorched my face; my eyes ached from strain. With the roar of each engine, I’d burst from my house as if it were on fire to gaze at the next airplane. How did people continue with their routines? There were no pilots in my life. The neighbors were teachers and nurses, shop foremen and letter carriers. My father, an avowed white-knuckler, occasionally traveled for business but hated flying; I’d never seen my mother board an airplane. Until that air show, the world of aviation was as foreign to me as a Moroccan bazaar. And yet, for one glorious fall weekend, the skies above me became dramatically alive. My soul was utterly hijacked—a conversion every bit as profound as a prophet’s, an annunciation so fundamental that my life changed forever. I devoted the next ten years to becoming a pilot.

I wrote The Falling Woman, in part, to channel this love of flying that once burned in me. That same passion informs the character of Charlie Radford, a boy who grew up much like I did. Our adult lives suffered similar fates as well. Like Radford, I became a pilot but my flying career was cut short by a medical condition, and like Radford, at twenty-three, I was told that I could no longer be a professional pilot. It took a decade for me to recover from that loss; Radford’s recovery is, I think, well underway by the time the novel ends.

After my flying career, for a brief time I too worked in an aviation-related job in Washington, DC, though not as an accident investigator. I came to see how the mythology and heroic imagination that I had once associated with flying quickly fizzled behind mounds of paperwork, bureaucracy, and regulations. The real tragedy was how completely the adult world sacrificed passion for the sake of mundane work. I wanted to keep Radford’s joy alive, to sustain his idealism, to help him rediscover his wings.

At some point early in the writing, the chaos of trying to complete the novel began to overwhelm me. A hundred thousand words, three years of work, and I still didn’t know what I was trying to say. I began to see that the work of an NTSB accident investigator and the work of a novelist share more than a few common traits. Fear, uncertainty, the balance of order and chaos, the puzzle-piecing construction of meaning—these are the central ingredients for the storyteller, as well as the accident investigator.

But then there is the falling.

I didn’t set out to write a novel about an impossible story of survival. I wanted to write a quiet book, but on page one I blow up an airplane and send a passenger hurtling through the roof of a Kansas barn. Spoiler alert: she survives. Such a thing has really happened, at least five times from my research. There’s no easy explanation for how. In World War II, three fliers fell (without parachutes) from exploding airplanes and survived. In the 1970s, a Serbian flight attendant, Vesna Vulović, was sucked out of an airliner, fell from six miles up, and lived. And then there is the story of Juliane Koepcke, a German teenager who fell out of a disintegrating plane from 10,000 feet, landed in a rainforest canopy, and crawled out of the jungle ten days later.

What fascinated me about these miraculous stories was how little the survivors talked about their incredible luck. Koepcke did eventually write a memoir, but she spent less than a page on her actual freefall. It was as if these miraculous falls could not be addressed, as if the stories were too unbelievable to be told.

And yet, as I wrote various drafts of this novel, solving the mystery of Erin’s freefall became less important to me. I was drawn to aspects of her character not because of her freefall, but because she’d spent two decades yoked to a traditional life—a restless wife, a working mother, a privileged suburbanite who voted and tended to her gardens. What does her everyday life mean outside the shadow of this miracle? Spared against all odds, does she have an obligation to live her life differently? Do any of us? Contemplating these questions eventually helped me solve the mystery of the novel itself.

The French writer Simone Weil once wrote: “Utter permanence and extreme fragility give an equal sense of eternity.” The Falling Woman wrestles with extreme manifestations of this paradoxical truth. Barely over a hundred years old, powered flight is the very embodiment of one of humankind’s deepest yearnings. But we take the awe for granted, forget how miraculous the everyday world truly is. In the end, though, no matter how high or fast we fly, we are ultimately falling—falling toward each other, toward despair and hope, toward love and loss, and, with a little luck, falling toward a deeper understanding of ourselves.