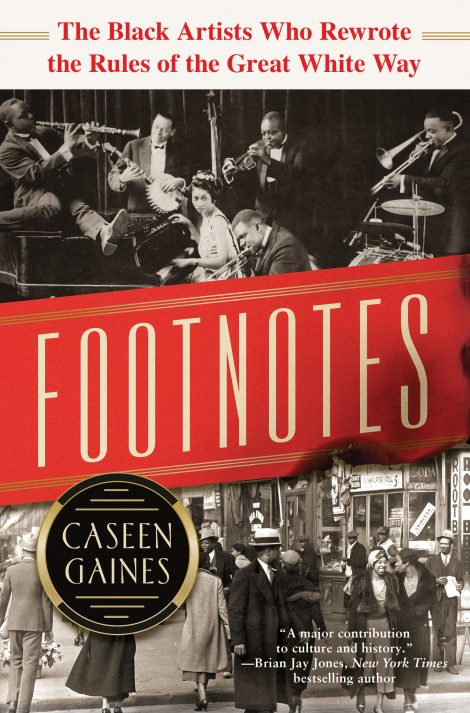 Opening night was going better than any of them could have expected, but the performers knew the rapturous applause was obscuring the truth: there was a good chance someone was going to get killed at any moment, and it was likely to be one of them. When the curtain rose on Shuffle Along in 1921, the first all-Black musical to succeed on Broadway, no one was sure if America was ready for a show featuring nuanced, thoughtful portrayals of Black characters–and the potential fallout was terrifying.

Opening night was going better than any of them could have expected, but the performers knew the rapturous applause was obscuring the truth: there was a good chance someone was going to get killed at any moment, and it was likely to be one of them. When the curtain rose on Shuffle Along in 1921, the first all-Black musical to succeed on Broadway, no one was sure if America was ready for a show featuring nuanced, thoughtful portrayals of Black characters–and the potential fallout was terrifying. But from the first jazzy, syncopated beats of composers Noble Sissle and Eubie Blake’s inspired musical numbers, New York audiences fell head over heels for Shuffle Along, which was unlike anything they had seen before.

Footnotes is the story of how Sissle and Blake, along with comedians Flournoy Miller and Aubrey Lyles, overcame poverty, racism, and violence to harness the energy of the Harlem Renaissance and produce a runaway Broadway hit that launched the careers of many of the twentieth century’s most beloved Black performers. Born in the shadow of slavery and establishing their careers at a time of increasing demands for racial justice and representation for people of color, Sissle, Blake, Miller, and Lyles broke down innumerable barriers between Black and white communities at a crucial point in our history. Author and pop culture expert Caseen Gaines leads readers through the glitz and glamour of New York City during the Roaring Twenties to reveal the revolutionary impact one show had on generations of Americans, and how its legacy continues to resonate today.

Before Hamilton, before The Wiz, and even before Porgy and Bess, there was Shuffle Along, an unforgettable theatrical achievement that paved the way for innumerable Black actors, dancers, musicians, and composers and left an indelible mark on our popular culture and our lives. 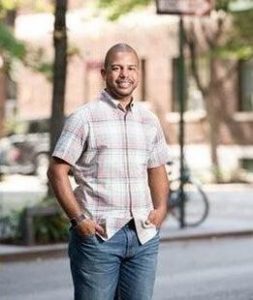 Caseen Gaines is an author, director, educator, and popular culture historian. His work has received praise from media outlets around the world. Beyond his books, he has been published at Vanity Fair, io9, and New York Magazine — and has written original features for Rolling Stone, The A.V. Club, and Decider. He has also worked as a consultant and ghostwriter on several narrative nonfiction projects. He holds a Master’s Degree from Rutgers University in American Studies, where he focused on racial representations in popular culture, and, in addition to writing, is co-Artistic Director of a nonprofit theater company he cofounded in 2005 and a high school English teacher in New Jersey, where he has taught for fourteen years.

“Exuberant and thoroughly captivating book…Gaines is in full command of the material he has fastidiously researched and assembled.” —New York Times

“Shuffle Along was the first of its kind when the piece arrived on Broadway. This musical introduced Black excellence to the Great White Way. Broadway was forever changed and we, who stand on the shoulders of our brilliant ancestors, are charged with the very often elusive task of carrying that torch into our present. I am humbled to have been part of the short-lived 2016 historical telling of how far we’ve come, starring as Aubrey Lyles in Shuffle Along, or, the Making of the Musical Sensation of 1921 and All That Followed—and happy that Footnotes further secures his place in history.” —Billy Porter, Tony and Emmy Award-winning actor

“Think of history as a jigsaw puzzle. Caseen Gaines has unearthed one of those coveted, seemingly unremarkable pieces that suddenly turns a jumble of colors into a picture. In taking us through the story of Shuffle Along, Gaines brings the years surrounding the First World War to life, making a convincing case that the Roaring Twenties would have roared less loudly if it hadn’t been for this once-celebrated, now-forgotten show. A story of humans at once talented, flawed, courageous, blinkered, and visionary, Footnotes casts a valuable light on the role African Americans have played—and continue to play—in stage history.” —Glen Berger, Emmy Award-winner and author of Song of Spider-Man: The Inside Story of the Most Controversial Musical in Broadway History

“What a gift! Footnotes is beautifully written, with Caseen Gaines telling a story that is absolutely vital to both the past and future of the theater.” — Rachel Chavkin, Tony Award-winning director of Hadestown

“Florence Mills, Gertrude Saunders, Lottie Gee, Josephine Baker—these are just a few of the women’s shoulders on which I stand. Before joining George C. Wolfe’s Black Broadway “Justice League” in Shuffle Along, or, the Making of the Musical Sensation of 1921 and All That Followed, I knew nothing of Shuffle Along, its creators, nor the scope of the immaculate talent that ascended from its company. Shuffle Along will always be another example of rich history within the Black community, more specifically the Black artistic community, that is so often lost, erased, and forgotten. Learning about this show and performing in the 2016 Broadway production was life changing in more ways than one. More importantly, it affirmed the responsibility to not only discover the treasures, work, and history of our ancestors, but to also shed light on such treasures and remind the world of the excellence and greatness of our people. For there is no ‘we’ without ‘them.’” —Adrienne Warren, Tony Award nominee

“Footnotes is a remarkable, wonderful book. Caseen Gaines, a top-notch researcher and first-rate storyteller, vividly brings a colorful era to life, telling an important story that deserves to be better known. It’s a major contribution to culture and history, all told with Gaines’s usual empathy and wit.” —Brian Jay Jones, New York Times bestselling author of Jim Henson: The Biography

“With meticulous research and smooth storytelling, Caseen Gaines significantly deepens our understanding of one of the key cultural events that launched the Harlem Renaissance. Footnotes reminds us of the many talented, but forgotten, Black actors and musicians whose innovative productions helped shape our shared culture and history.” —A’Lelia Bundles, New York Times bestselling author of On Her Own Ground: The Life and Times of Madam C.J. Walker

1. In the opening of the book, Sissle, Miller, and Lyles brace for the worst during Shuffle Along’s most sincere love song. Why were they so afraid of the fallout from that particular scene?

2. In describing Miller’s childhood, Gaines draws attention to the relationship between economic class and racism. How would you describe that relationship? What are some ways in which race and class intersect throughout the narrative?

3. Diverse racial representation has a marked impact on audiences, but what effect does it have on future productions?

4. Blake’s parents disagreed about whether to talk about their pasts. Blake’s mother would never even admit that she had been enslaved, while his father thought discussing slavery was crucial. Who did you agree with and why?

5. When the James Reese Europe’s Society Orchestra is served dishwater instead of the meal they were promised, Blake observes that “Jim Europe didn’t get where he is with the white folks by complainin’.” How does this capture the tenuous balance the performers were trying to strike between large-scale success and respect?

6. Describe Jim Europe’s impact on Noble Sissle. How did Europe’s example guide Sissle in advancing his career and highlighting the artistry of other Black performers?

7. Shuffle Along was celebrated for introducing Black women to the stage but earns a reputation for rejecting or sidelining chorus girls for being “too dark.” Were the show’s creators wrong for casting based on skin color? How does colorism compare to racism more generally?

8. Miller and Lyles thought that it was unfair that Blake and Sissle were making more money from the show and its music. Did you think Miller and Lyles were entitled to any portion of the royalties from Shuffle Along’s sheet music?

9. In their later ventures, Sissle and Blake were challenged by (white) critics who thought their shows had “too much ‘art’ and not enough Africa.” How did they handle this criticism? What would you have done in their position?

10. In your opinion, what is Shuffle Along’s most lasting impact?