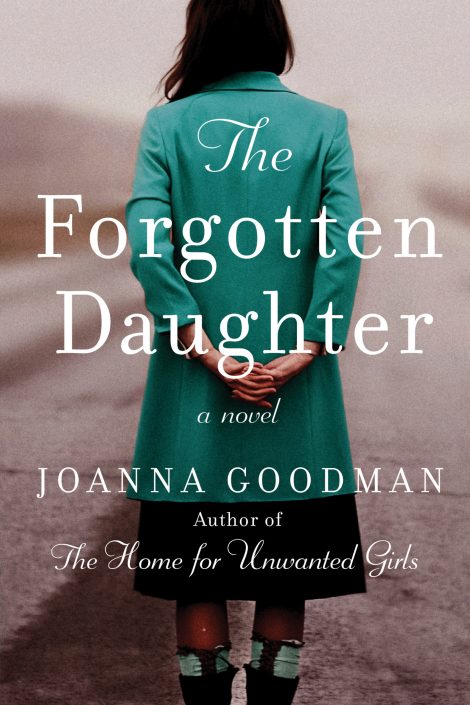 The triumphant story of two women divided by their past, but united by friendship--inspired by true events

For fans of Jojo Moyes, from the bestselling author of The Home for Unwanted Girls, comes another compulsively readable story of love and friendship, following the lives of two women reckoning with their pasts and the choices that will define their futures.

Divided by their past, united by love.

1992: French-Canadian factions renew Quebec’s fight to gain independence, and wild, beautiful Véronique Fortin, daughter of a radical separatist convicted of kidnapping and murdering a prominent politician in 1970, has embraced her father’s cause. So it is a surprise when she falls for James Phénix,

For fans of Jojo Moyes, from the bestselling author of The Home for Unwanted Girls, comes another compulsively readable story of love and friendship, following the lives of two women reckoning with their pasts and the choices that will define their futures.

Divided by their past, united by love.

1992: French-Canadian factions renew Quebec’s fight to gain independence, and wild, beautiful Véronique Fortin, daughter of a radical separatist convicted of kidnapping and murdering a prominent politician in 1970, has embraced her father’s cause. So it is a surprise when she falls for James Phénix, a journalist of French-Canadian heritage who opposes Quebec separatism. Their love affair is as passionate as it is turbulent, as they negotiate a constant struggle between love and morals.

At the same time, James’s older sister, Elodie Phénix, one of the Duplessis Orphans, becomes involved with a coalition demanding justice and reparations for their suffering in the 1950s when Quebec’s orphanages were converted to mental hospitals, a heinous political act of Premier Maurice Duplessis which affected 5,000 children.

Véronique is the only person Elodie can rely on as she fights for retribution, reliving her trauma, while Elodie becomes a sisterly presence for Véronique, who continues to struggle with her family’s legacy.

The Forgotten Daughter is a moving portrait of true love, familial bonds, and persistence in the face of injustice. As each character is pushed to their moral brink, they will discover exactly which lines they’ll cross—and just how far they’ll go for what they believe in.

Joanna Goodman is the author of the bestselling novels The Home for Unwanted Girls and The Finishing School. Originally from Montreal, she now lives in Toronto with her husband and two children.

“Resonant and relevant….The characters, complex and flawed, love and fight so fiercely that it’s hard not to be drawn into their passionate orbits and to feel, even slightly, a glimmer of hope as they refuse to give up on the ideal of happiness.” -Kirkus

“In this captivating story layered with love, suspense, grief, and redemption, Goodman once again creates intriguing characters that will immediately draw readers in.” -Booklist

1. How does Leo’s return to the Fortin household affect the family dynamic?

3. How has Elodie’s childhood affected her perceptions of family? Motherhood?

4. Should Véronique be judged for her father’s actions?

5. How does joining the Duplessis Orphans Committee change Elodie? What impact does it have on her relationship with Maggie?

6. What effect has Leo’s legacy had on his family? What about on his own life?

7. What parallels can you draw between Elodie and Véronique’s struggles? How do they differ?

8. What is the impact of Pierre’s death on Véronique?

9. How does Dennis’s return affect Elodie? What do you think their relationship would have been like if she knew he was alive?

10. Do you think James was justified in running the article about Leo? Why or why not?

11. Why did Leo lie for so many years about what really happened during the October Crisis?

12. The conflicts in the novel all have their roots in the past. What do you think the author is trying to say about the role of legacy in our lives?

13. What has Véronique learned from her relationship with James? What has James learned? What do you think the future holds in store for them?

14. Do you think Elodie should forgive Sister Ignatia?

15. Did you find the novel’s ending satisfying? Could you envision a different resolution?

To live outside the law you must be honest. —BOB DYLAN

Véronique and Pierre are sitting outside on the fire escape. They’re twelve. It’s a cool, sunless day in April, and they’re missing school because her father is getting out of prison today.

Pierre is smoking, which is new for him. The cigarette looks absurd in his little boy’s hand. Even the way he puts it to his lips and inhales—squinting his eyes, holding the smoke in his lungs like his dad does—is contrived.

“You’re going to get addicted.”

“I already am,” he says, thinking he’s cool. “My dad started smoking at nine.”

“That doesn’t make it smart.”

Pierre doesn’t say anything. Her thoughts return to her father, his impending return. Inside, the apartment is decorated with balloons and streamers. Véronique painted a sign that says, WELCOME HOME!

Her mother made a venison stew and chocolate cake, his favorites. Camil brought the venison, fresh from a recent hunting expedition with Pierre. The fridge is stocked with beer and Pepsi. His sisters—Véronique’s aunts—are bustling around, getting everything ready. Pierre’s little brother, Marc, is napping in her room so he can stay up late tonight. It’s going to be a big party—that’s what the grown-ups keep saying. The excitement is a current in the air, vibrating.

Véronique is quietly apprehensive. She’s lived alone with her mother for as long as she can remember. They have a routine, a familiar, well-established system with its own rules and rituals. Her father’s arrival will surely disrupt—if not completely upheave—their world. What if he’s strict? Lisette is not. What if he’s a slob? Lisette keeps a spotless house. What if he steals Lisette from her, monopolizes her mother’s time and energy? What if her mother loves him more than she loves Véronique? What if her father doesn’t like her? What if she doesn’t like him?

All this is running through her head as she gazes out past the trees into the back alley, where two tabbies are hissing at each other.

“You happy he’s coming home?” Pierre asks her, sensing she’s not as thrilled as the rest of them.

Véronique shrugs. “I guess so.”

“When’s the last time you saw him?”

“September,” she says. “His birthday.”

That’s been the sum total of their relationship since she was one, sporadic visits to the Cowansville Penitentiary—Christmas, Easter, his birthday. Lisette didn’t want Véronique anywhere near that environment on a regular basis, so she limited their visits to special occasions. Véronique was happy with that arrangement. She hated going there, started dreading it weeks in advance. It was a terrible, demoralizing place. The prison guards intimidated her, the inmates terrified her, the building was bleak. She much preferred talking to him on the phone once a week.

But that’s all in the past now. She’ll never, ever have to go back to that place.

“I guess you don’t really know him,” Pierre says, not looking at her.

“I’m just saying I can understand why you’re not jumping for joy.”

Right on cue, Pierre’s father sticks his head out the back door. “They’re here!” Uncle Camil says. “Put that goddamn cigarette out, Pierre.”

The door flies open to a burst of cheering and clapping, and her parents enter the apartment. Lisette is flushed, beaming ear to ear. She keeps leaning her head on Léo’s arm, holding his hand, touching him like she can’t believe he’s real. Véronique has never seen her mother like this before, and her initial reaction is jealousy. Already he’s infringing.

And there is Léo, her father, tall and skinny but sturdy. His hair is buzzed, he’s clean-shaven, his brown eyes are glistening with tears. He rushes over to Véronique and pulls her into his arms, pressing her tight against him. She awkwardly wraps her arms around his waist. She can feel his ribs through his jacket.

“My little girl,” he says, the words muffled in her hair. He folds her into himself and holds her there, his body convulsing while he sobs. Everyone is crying; she is aware of a cacophony of sniffles behind her. She locks eyes with her mother across the room, and Lisette smiles at her through her tears.

Finally he releases her and stands back to look at her. “I can’t believe I’m home,” he says, choking up. “I’m home with my wife and my daughter!”

More clapping. Someone puts on the music—one of his old Jimi Hendrix albums, which no one has touched since he went to jail. Lisette joins them, and they all embrace, Véronique smothered between them.

“Someone get me a beer!” Léo cries out. They disperse and Véronique slips away.

She finds Pierre in the kitchen, drinking a 50 straight from the can. Marc is lying on his tummy on the linoleum, pushing a toy police car around. Véronique sits down beside him. He’s four, eight years younger than Pierre, with a different mother who left right after she had Marc, making Uncle Camil a single father of two boys. They’ve all grown up more like siblings than cousins. She thinks of Pierre and Marc as her brothers—especially Pierre, who’s the same age as her. Lisette and Camil have each filled a void in the other’s life. Together, they make up a complete family.

“At least you’re getting your dad back.”

Véronique is quiet. She doesn’t consider herself lucky.

“I’ll never get my mom back,” he says, surprising her. He never talks about his mom.

Véronique scoops Marc into her lap and smothers his fat cheek with kisses. “You sweet boy,” she says. “You sweet, smart boy.”

Pierre holds out his can of beer, offering her some.

As a joke, he offers his little brother the beer. Marc reaches for the can with his pudgy hand, eager to please, but Véronique stops him.

“Let him have a sip,” Pierre says.

Véronique ignores him. “Your brother is a bad influence,” she tells Marc, smoothing his fine brown hair, which is as soft as feathers.

She runs his toy police car up and down his little sausage leg, and he giggles, burrowing his head against her. She knows she will always have to protect him from his older brother.