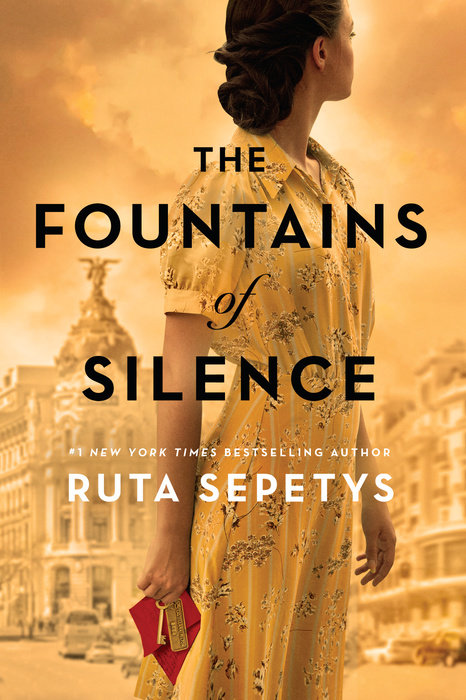 THE FOUNTAINS OF SILENCE

From the #1 New York Times bestselling author of Salt to the Sea and Between Shades of Gray comes a gripping, extraordinary portrait of love, silence, and secrets under a Spanish dictatorship.

Madrid, 1957. Under the fascist dictatorship of General Francisco Franco, Spain is hiding a dark secret. Meanwhile, tourists and foreign businessmen flood into Spain under the welcoming promise of sunshine and wine. Among them is eighteen-year-old Daniel Matheson, the son of an oil tycoon, who arrives in Madrid with his parents hoping to connect with the country of his mother’s birth through the lens of his camera.

From the #1 New York Times bestselling author of Salt to the Sea and Between Shades of Gray comes a gripping, extraordinary portrait of love, silence, and secrets under a Spanish dictatorship.

Madrid, 1957. Under the fascist dictatorship of General Francisco Franco, Spain is hiding a dark secret. Meanwhile, tourists and foreign businessmen flood into Spain under the welcoming promise of sunshine and wine. Among them is eighteen-year-old Daniel Matheson, the son of an oil tycoon, who arrives in Madrid with his parents hoping to connect with the country of his mother’s birth through the lens of his camera. Photography–and fate–introduce him to Ana, whose family’s interweaving obstacles reveal the lingering grasp of the Spanish Civil War–as well as chilling definitions of fortune and fear. Daniel’s photographs leave him with uncomfortable questions amidst shadows of danger. He is backed into a corner of difficult decisions to protect those he loves. Lives and hearts collide, revealing an incredibly dark side to the sunny Spanish city.

Master storyteller Ruta Sepetys once again shines light into one of history’s darkest corners in this epic, heart-wrenching novel about identity, unforgettable love, repercussions of war, and the hidden violence of silence–inspired by the true postwar struggles of Spain. 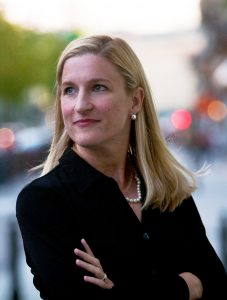 Ruta Sepetys is an internationally acclaimed, #1 New York Times bestselling author of historical fiction published in over sixty countries and forty languages. Sepetys is considered a “crossover” novelist, as her books are read by both teens and adults worldwide. Her novels Between Shades of Gray, Out of the Easy, and Salt to the Sea have won or been shortlisted for more than forty book prizes, and are included on more than sixty state award lists. Between Shades of Gray was adapted into the film Ashes in the Snow, and her other novels are currently in development for TV and film. Winner of the Carnegie Medal, Ruta is passionate about the power of history and literature to foster global awareness and connectivity. She has presented to NATO, to the European Parliament, in the United States Capitol, and at embassies worldwide. Ruta was born and raised in Michigan and now lives with her family in Nashville, Tennessee. Follow her on Twitter and Instagram @RutaSepetys.

“Spain under Francisco Franco is as dystopian a setting as Margaret Atwood’s Gilead in Ruta Sepetys’s suspenseful, romantic and timely new work of historical fiction . . . Like [Shakespeare’s family romances], The Fountains of Silence speaks truth to power, persuading future rulers to avoid repeating the crimes of the past.” —The New York Times Book Review

“Full of twists and revelations…an excellent story, and timely, too.” —The Wall Street Journal

“[Sepetys] tells a moving story made even more powerful by its placement in a lesser-known historical moment. Captivating, deft, and illuminating historical fiction.” —Booklist (starred review)

“This richly woven historical fiction . . . will keep young adults as well as adults interested from the first page to the last.” —SLC, (starred review)

1. The opening line of the book is: “They stand in line for blood.” We are quickly introduced to the el matadero, where Rafa serves blood to masses of women, and to the concept of the matador ring, the image of Franco, the cruelty of the Guardia Civil, and the concept of taking a stand against fear. How did the tone Sepetys strikes here prepare you for the rest of the book?

2. Sepetys uses short chapters to keep the pacing tight and handle multiple settings. How did this reading experience (of moving quickly from scene to scene) affect the emotional impact of the book for you?

3. The historical records and remembrances that Sepetys places throughout the novel serve to create a larger context for what the characters are experiencing. Did you  nd any facts or statements especially illuminating? Did anything stand out in contrast to the experience of the characters?

4. The title The Fountains of Silence is filled with symbolism. In which way are the main characters “fountains of silence”? How does that title resonate for the various younger characters in the book—Ana, Daniel, Rafa, Fuga, Julia, Puri? What about for the adults in the book?

5. The tradition of bull fighting has a long history in Spain. How do Rafa and Fuga become fixated on this way of life? Does the matador narrative weave seamlessly with the rest of the story or stand out? Did you find symbolism in the inclusion of these scenes?

6. Of all the characters, whose story did find the most intriguing and want to follow longer? Were there any characters you found difficult to understand or relate to?

7. Spain faced thirty-six years of fear and repression under Franco. What were some of the lessons taught and learned by various characters about how to survive under fascism? Specifically, how did Julia deal with it? Lorenza? Puri? Ana? Rafa and Fuga?

8. Daniel stands in for the readers in many ways, collecting pictures, putting them in order, wanting to see beyond the physical image. Did you find it easy to put yourself in his position? What role does Daniel’s upbringing and privilege play, and how does it affect his personal lens and decision-making? In what ways does he remain a “fountain of silence” once he leaves Spain? In what ways does he speak out?

9. In addition to narrating the traumas and terrors of the Franco regime, The Fountains of Silence also contains a love story. Were you surprised by how things turned out for Ana and Daniel? Can you think of alternate endings that would have been satisfying?

10. The Castellana Hilton Madrid somewhat serves as another character in the book and is the playground for rich Americans in Madrid. What are some of the ways Sepetys uses this setting to illustrate the contrast between Daniel and Ana? How do you think the hotel affected those employed there or who lived/worked nearby, especially during the 1950s?

11. Puri repeatedly stifles her curiosity by reminding herself to be dutiful and that she’s fulfilling her mission as a woman. She tells herself, “We (women) are prettier with our mouth shut,” which her mother has counseled. Ana remembers the teachings of the Seccion Femenina: “Do not pretend to be equal to men.” How did the restrictions placed on women differ from those placed on men? Why do you think Ana and Puri respond differently to the teachings?

12. On page 391, Puri realizes that her complicity with the church’s selling of children has affected her own family. What do you think she should have done at that point? Why do you think she keeps her secret for 18 more years?

13. Fascist regimes work by showing disdain for human rights, controlling and censoring the media, and identifying enemies as a means of uniting people. In that context, what did you think about the character of Lorenza? Was she unredeemable, or did you have compassion for her because her father was in the Guardia Civil? Could she have behaved any other way?

14. Did you know anything about the Spanish Civil War, Franco’s regime, or the hundreds of thousands of missing children potentially affected by it before starting this novel? If not, how compelled do you feel to do further research on this topic? What most affected you about the historical events depicted in the novel?

15. How did you feel about Nick? In what ways did the author develop his character as the story progressed? What prompts him not only to remain silent, but to take up a post in Spain, following in his father’s footsteps, if he knew about the stolen babies? Is that consistent with his character?

16. Sepetys writes in her acknowledgments about her warm reception from the Spanish people and her quest (like Daniel’s) to understand what happened during the Franco regime. She asks, “What right do we have to history other than our own?” What does this mean to you, as a reader of historical fiction? What do you expect from authors in this regard?

17. Sepetys writes in her author’s note about the events after Franco’s death—the Pact of Forgetting, the revelations about the stolen babies, and possible DNA programs to help  nd the true parentage of stolen children. She writes, “Some historians have described the Pact of Forgetting as necessary for a smooth and peaceful transition. Others question the long-term effects of silence on historical memory, identify construction, and human dignity. Scholars question whether the absence of a common historical narrative creates painful obstructions of justice and trust.” What do you think?