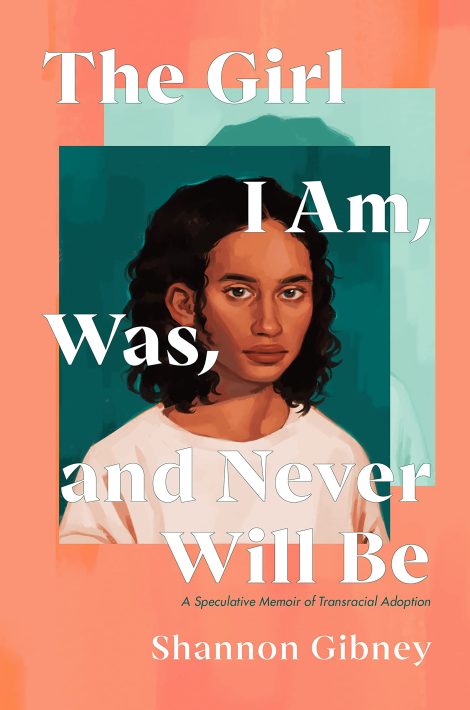 THE GIRL I AM, WAS, AND NEVER WILL BE

A Speculative Memoir of Transracial Adoption

At its core, the novel is a tale of two girls on two different timelines occasionally bridged by a mysterious portal and their shared search for a complete picture of their origins. Gibney surrounds that story with reproductions of her own adoption documents, letters, family photographs, interviews, medical records, and brief essays on the surreal absurdities of the adoptee experience.

The end result is a remarkable portrait of an American experience rarely depicted in any form. 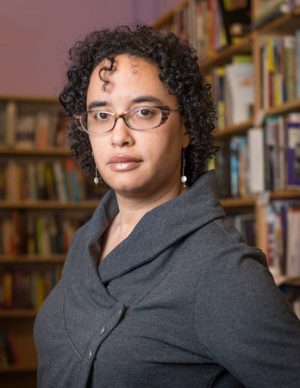 Shannon Gibney is an author and university professor. Her novel See No Color, drawn from her life as a transracial adoptee, was hailed by Kirkus as “an exceptionally accomplished debut” and by Publishers Weekly as “an unflinching look at the complexities of racial identity.” Her sophomore novel, Dream Country, received five starred reviews and earned her a second Minnesota Book Award. She lives with her two Liberian-American children in Minneapolis, Minnesota.

“An ambitiously authentic adoption story where fiction does the work of truth, and archives, correspondence, and health records provide the roots of fantasy.”—Kirkus Reviews, starred

“Gibney captures such interior and intimate adoptee feelings. It’s so rare to see it evoked on the page. Breathtakingly beautiful.”—Kimberly McKee, PhD, author of Disrupting Kinship: Transnational Politics of Korean Adoption in the United States

“Transracial adoption is never tidy, and cannot be encapsulated in an individual story, but Gibney does a masterful job of helping the reader understand the complexities of identity and the machinations of the adoption industrial complex. A writer with courage and heart, Gibney lays bare her experience for the benefit of us all.” — Lin Salisbury, Host of WTIP 90.7 Grand Marais and Blogger for Superior Reads

The name on my birth certificate is Shannon Gibney, and my parents are listed as Jim and Susan Gibney. These are my white adoptive parents, who raised me. They gave me the loafers I remember wearing almost forty years ago. The backyard woods where my imagination first grew roots was theirs.

The woman who gave birth to me and subsequently relinquished me was named Patricia Powers. She was a white, working- class Irish American woman who had a short relationship with my African American birth father, Boisey Collins Jr. My birth mother named me Erin Powers after I was born, but I didn’t find that out until I was nineteen. I possess no childhood memories of either of them.

I grew up with my white adoptive parents in Ann Arbor, Michigan, with two white brothers, who were biologically related to my parents. When I was nineteen and no longer a child in the eyes of the state, I embarked on a search for my possible birth siblings and my birth parents. I found my birth mother, Patricia Powers, who then still lived in her hometown of Utica, New York. We had a complicated, on- again, off- again relationship from the mid- nineties until her death from cancer in 2014. She was fifty- eight when she passed.

Through my search, I also discovered that my birth father, Boisey Collins Jr., died from complications due to injuries he sustained during a high-speed police chase in Palo Alto, California, in 1981, when I was six. He was thirty- five at the time of his death.

I discovered many other things through my search and reunion experiences. I did not discover many things, as well. (I keep that particular hunger at bay with scraps of speculation.)

I now have two living children of my own, Boisey and Marwein, and one dead, Sianneh.

This is one way to tell the story, in this time, in this place.

What follows are other ways to tell the stories of Shannon and Erin, the known and the unknown, truth and speculation, to awaken the sleepers, to call forth the living, the dead, and those residing elsewhere.

Shannon, I must inform you of the following [illegible]: you must be diligent in your own self- breast exam (do it monthly), and for you to obtain a baseline mammogram (even though you’re in your 20’s)— don’t let your primary healthcare provider tell you otherwise. As you may or may not recall your biological grandmother had breast cancer for which she underwent left mastectomy 2 years ago (yes, she is now considered “a survivor”— however the 5- year mark is still considered monumental). Since your biological grandmother was orphaned @ 12 yrs of age, we have no family history pre– your grandmother (this is important in assessing women’s risk. However, I, over the years, have undergone 3 surgical breast biopsies— the pathology reports from these biopsies and the fact that my mother had breast cancer places me @ a higher risk for breast cancer. [. . .]

The consequence of this information for you is:

Shannon, this health history is not intended to frighten you in any way. It is intended to inform you so you may have as much control over this unfortunate health issue as possible. Feel free to discuss all of this with your Mom . . . She may call me or write if she would like— to better inform both of you. You may not be @ higher- risk at all, but it’s important for you to follow- through with mammography and to do self- breast exam.

(Remember though that men get breast cancer too).

ERIN SITS DOWN ON THE FRONT STOOP,  wraps her arms around her sharp knees, and then lays her head across them sideways. From this vantage point she can see her neighbors Phil and Alice having a fight on their porch across the street. She blinks and then feels her mascara dripping down the side of her face from the heat. She wipes it away with the back of her hand. She doesn’t know where she will sleep to-night, but she knows it will not be in her own bed.

Her mother has just thrown her out, she says for her own good. She discovered Erin’s transcript from her second semester at Utica College, hidden at the bottom of her underwear drawer, clearly listing Fs beside each class, because she did not attend and did not do the work. You are probably the most brilliant person I have ever met, and you just waste all of it . . . Why? I will never understand you. I sacrificed everything for you, and yet you choose to spit in my face . . .

Her mother who is dying of a cancer of unknown origin. Her mother who will not submit to further tests that everyone says are necessary, much less treatment. Patricia Powers: a rebel to the very end. Or maybe a rebel heralding her own ending?

When Mom speaks like this to her, Erin has to concentrate on balling her hands into tight fists, and commanding them to stay at her sides, because what she really wants to do is sock her in the mouth— hard. I finally got my life in order, after so many years of messing it up so royally, and I wish you could support me by not wasting yours. After all, you are the one who knows the costs of living with a drunk most intimately. And now, she will get to understand the costs of dying with a drunk most intimately.

Erin thinks of the girl then, Other- Erin- Who- Is- Not- Erin, and wonders if she has lived with a white mother who should have been better, who so many times could have chosen to be better, but did not . . . Is she also looking for her Absent Black Father (and by extension, her Blackness) or at least for a sibling who could relate, and instead coming up against wall after wall, her dying mother and white family under-standing none of it?

At least I have Essie is what always comes to her in these moments. Essie always with the Eat some more, Flaquísima, at her family dinner table, eyeing Erin’s tiny wrists and ever- angular face with worry. Essie of the We’ll find something this time, I can feel it, every time Erin drags her to some random county office in the middle of a cornfield, tracking down a lead on some tiny bit of information about her father. Essie of You’re Black, Flaca, just accept it. Like I’m Mexican. Plain to see if you just use your eyes. Fuck ’em, Erin, even if they’re your family. White people are wack. But that’s not your fault.

Erin stands up, dusting off her bright red silk jumper dress. She found it at a vintage shop and wears it frequently over T- shirts. She would like a cigarette right about now, but she’ll die before she goes back into that house and wakes her mother. No. Essie. Essie will let her bunk on the floor of the apartment she shares with three other girls near Mohawk Community College. It might not be comfortable, but it will work for the time being. And in her nineteen years, Erin has be-come a master of making broken things work. She starts walking, kick-ing up stones and stepping on cracks in the sidewalk with each step.