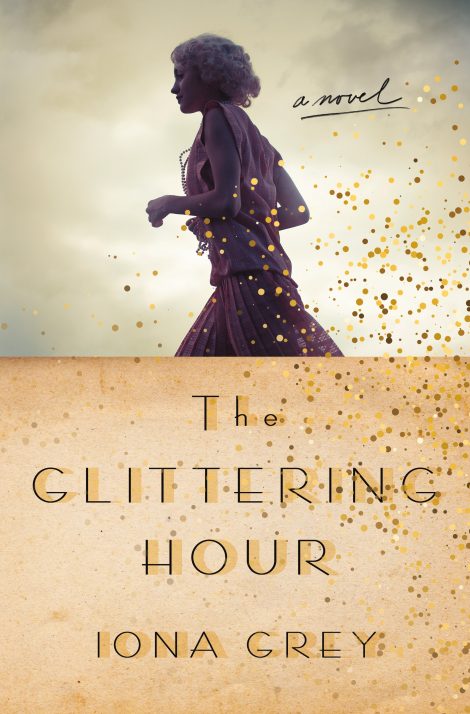 An unforgettable historical about true love found and lost and the secrets we keep from one another from an award-winning author.

Selina Lennox is a Bright Young Thing. Her life is a whirl of parties and drinking, pursued by the press and staying on just the right side of scandal, all while running from the life her parents would choose for her.

Lawrence Weston is a penniless painter who stumbles into Selina’s orbit one night and can never let her go even while knowing someone of her stature could never end up with someone of his.

An unforgettable historical about true love found and lost and the secrets we keep from one another from an award-winning author.

Selina Lennox is a Bright Young Thing. Her life is a whirl of parties and drinking, pursued by the press and staying on just the right side of scandal, all while running from the life her parents would choose for her.

Lawrence Weston is a penniless painter who stumbles into Selina’s orbit one night and can never let her go even while knowing someone of her stature could never end up with someone of his. Except Selina falls hard for Lawrence, envisioning a life of true happiness. But when tragedy strikes, Selina finds herself choosing what’s safe over what’s right.

Spanning two decades and a seismic shift in British history as World War II approaches, Iona Grey’s The Glittering Hour is an epic novel of passion, heartache and loss. 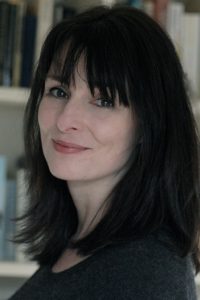 Iona Grey is the award-winning author of Letters to the Lost. She has a degree in English Literature and Language from Manchester University, an obsession with history and an enduring fascination with the lives of women in the twentieth century. She lives in rural Cheshire with her husband and three daughters.

“An absorbing tale of love, loss, and the ties that bind. …A sweeping historical saga that captures the desires and dilemmas of the heart.” — Booklist

“This sweeping history is sure to be a tearjerker.” — Publishers Weekly

1. Lady Lennox is very detached from her granddaughter. What are the reasons for this? Does her attitude change throughout the course of the book, and if so, why?

2. How does the legacy of the First World War make itself felt in the story?

3. Selina and Lawrence come from very different backgrounds and, on the surface, have little in common. What is it about Lawrence that Selina finds so attractive? And what draws Lawrence to Selina?

5. Can you see any similarities between the world of the Bright Young Things in the 1920s and celebrity culture in the present day? Any differences? In what ways do you think this lifestyle may have affected Selina’s worldview?

6. If Selina had chosen to stay with Lawrence, do you think they would have been able to overcome their class differences, or would their relationship ultimately have cracked under the weight of what Selena would have given up?

7. How did attitudes toward illness differ in the 1930s from the present day?

8. In the 1936 strand, Polly and Rupert both express their regret about the deception they have become caught up in. Did you understand Selina’s reasons for beginning it? Do you think she should have done things differently?

9. How might the story have played out in the present day? Which aspects would be different, which the same?

10. What do you think happens in the years that follow the end?

Out of the corner of her eye Selina saw him move. Panic spiralled through her.

She had been aware of him all the time she had been standing there. Her back was towards him but some sort of shivering sixth sense had made her conscious of his eyes on her. The minutes had stretched. She had apologized to Rupert for the cherry incident, but then felt duty bound to stay and talk to him, and to Margot who hovered at his elbow. While she appeared fascinated by every word he spoke, Selina was struggling to focus on anything other than how to extract herself. It required constant effort to keep from looking round. Rupert, watching her (always watching) was obviously aware of her agitation as her gaze flitted over the dancefloor, her body twitching instinctively to the pulse of the music.

‘You still like dancing,’ he remarked. A statement rather than a question, and a reference to the times he had come to Blackwood with Howard and she had insisted that they roll back the rug in the billiard room after dinner and dance to ragtime on the gramophone. Somehow the reminder felt like a rebuke.

‘Yes.’ It was evident that he still didn’t. She remembered those evenings, and her vague irritation at his presence. He never joined in as Howard two- stepped her around the room. Carew’s got two left feet, he used to laugh. Just as well – one wouldn’t want a chap to be too good at everything . . .

At a loss for anything else to say, she risked a quick look round. That was when she saw it: a flicker of blue at the corner of her eye. Turning her head she saw him disappear through the wide double doors that led out onto the gallery. Margot was fanning herself with her dance card, complaining about the heat. Selina seized her chance.

She turned and pushed her way quickly through the dancers to the door, not looking back, not caring what they might think or say about her once she’d gone. It was no less crowded out on the gallery: people had spilled out of the ballroom to talk and laugh and dance there too. Selina slipped through them, taking care not to catch anyone’s eye, not wanting to be waylaid. She heard someone call her name but didn’t look round.

He was there, ahead of her, walking away down the corridor, where the crowd thinned out by the dining room and the stairs to the upper floors.

She didn’t raise her voice – she didn’t dare – but he must have heard because he stopped. Turned.

It was the most extraordinary feeling, going towards him. After the long weeks of thinking about him, imagining him, it was hard to believe that it was real and he was there, looking back at her. She felt the blood rush to her cheeks and throb in her temples, at the base of her throat. Her mouth spread into a smile.

She was breathless, as if she’d sprinted through the streets to catch up with him, instead of just crossing a room choked with people. She stopped, a little distance from where he stood.

A lie. She had known, without doubt.

‘It really is.’ His smile was guarded. ‘I came with a friend. She painted the portrait. Of Eva and Lucille.’

Selina nodded. She didn’t care who he’d come with or why. Explanations were wasting precious time, and she was afraid that any moment someone she knew would appear and try to drag her back to dance, or talk to her about inane, unimportant things, not realizing that they were interrupting the moment for which she had been waiting for weeks. A lifetime. Around them the party was getting more raucous. One of the Napiers had climbed up to sit in one of the empty frames that hung from the ceiling high over the gallery, while the group of people watching whooped. There was a muffled explosion as someone on the balcony uncorked a shaken champagne bottle and sprayed it over people in the hall below. Selina winced.

‘And very full of people I don’t want to talk to.’

Their eyes were locked together, searching, questioning. Her heart was beating so hard she was sure he must see it, pulsing beneath her corset. She felt like she had the summer when Howard had taught her to jump into the lake from the rope swing – how much she’d wanted to do it, but how terrified she’d been. How much courage it had taken to let go.

‘Could we?’ His eyes searched hers. ‘Where?’

‘Who cares? We do it all the time – life’s too short for dull parties. We can be back before the end. No one will notice.’

‘I’ll go upstairs and borrow some coats, then let’s get out of here.’

The relief of finding each other, of escaping, made them reckless, and they ran.

She knew where to find the back stairs, and they clattered down them in coats ‘borrowed’ from the pile left by guests in an upstairs bedroom; through the steamed- up kitchen, past harassed staff who shouted angrily after them. He reached for her hand. A lightning bolt shot up his arm as her fingers closed around his.

He wondered, briefly, if he was dreaming. Outside, beneath the area steps, there were bottles of champagne cooling in zinc tubs of ice. Selina grabbed one and slipped it beneath the frock- coat she was wearing and they scrambled up the stairs to the street.

He felt drunk already, though he hadn’t had much. He was intoxicated with potent audacity, swaggeringly invincible. It had stopped raining, but the pavements were

puddled and shining wet. He pulled her close into his body and they walked quickly, resisting the powerful urge to run again before they’d left the square because that would draw attention to themselves, and their bizarre clothing was bad enough. Hot bursts of adrenaline fizzed through his veins. As soon as they turned the corner into Duke Street, where the shadows were thicker, they broke apart and, clasping hands, began to run again, jumping over puddles or splashing through them. By some unspoken understanding they veered off down the first side street they came to and, breathless with laughter and exertion, fell against the wall and kissed.

He’d imagined it a thousand times. Dreamt about it. Nothing prepared him for the luminous reality.

She was hampered by the champagne bottle, so he took it from her and tore the foil off. Shaken up during their escape (Lawrence knew the feeling) it frothed copiously over his hand when he opened it, and she lifted his fingers to her lips and sucked the bubbles from his skin. Leaning against the wall they passed the bottle between them, swigging recklessly, taking it from each other’s mouths, until the stars above them reeled like the ones painted on his chest.

‘Will they notice you’re missing? Your friends?’

‘Not for ages. It’s such a bear pit in there. Flick and Theo will assume I’m with Rupert.’

‘Who’s Rupert?’ He wasn’t going to admit he’d already cross- examined Edith on that subject. Her lips closed around the neck of the bottle as she took another mouthful. He had kissed off all her lipstick and now he couldn’t take his eyes off her mouth.

‘The man they want me to marry.’

Jesus. Edith hadn’t prepared him for that. Primitive jealousy kicked him under the ribs.

‘Do you want to marry him?’

‘I don’t know . . .’ She was already moving away from him with dancing steps, looking teasingly back over her shoulder. ‘That’s up to you.’

Afterwards he would remember how quickly, how casually she had dismissed the subject of Rupert Carew, and how easily he was reassured by that. And he would feel pity for the naïve fool that he was then, on that night when the stars swam in puddles of molten silver and they danced in the empty streets and anything seemed possible.