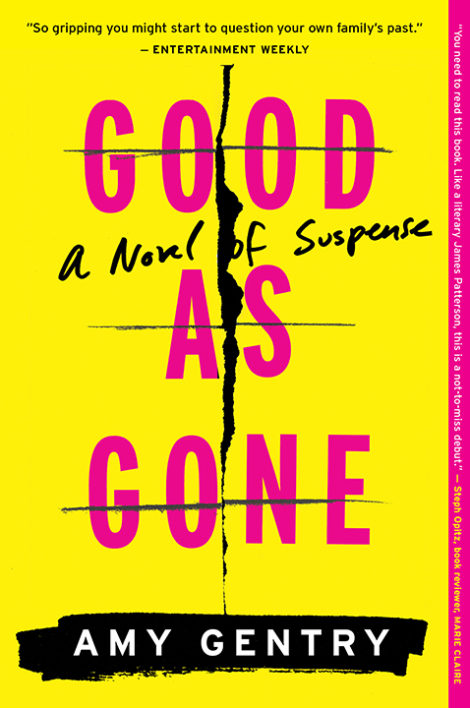 A Novel of Suspense

Propulsive and suspenseful, Good as Gone will appeal to fans of Gone Girl and The Girl on the Train, and keep readers guessing until the final pages.

Anna’s daughter Julie was kidnapped from her own bedroom when she was thirteen years old, while Anna slept just downstairs, unaware that her daughter was being ripped away from her. For eight years, she has lived with the guilt and the void in her family, hoping against hope that Julie is still alive. And then, one night: the doorbell rings. A young woman who appears to be Julie is finally,

Propulsive and suspenseful, Good as Gone will appeal to fans of Gone Girl and The Girl on the Train, and keep readers guessing until the final pages.

Anna’s daughter Julie was kidnapped from her own bedroom when she was thirteen years old, while Anna slept just downstairs, unaware that her daughter was being ripped away from her. For eight years, she has lived with the guilt and the void in her family, hoping against hope that Julie is still alive. And then, one night: the doorbell rings. A young woman who appears to be Julie is finally, miraculously, home safe. Anna and the rest of the family are thrilled, but soon Anna begins to see holes in Julie’s story. When she is contacted by a former detective turned private eye, she is forced to wonder if this young woman is even her daughter at all. And if she isn’t Julie, what is it that she wants? 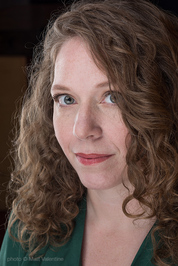 Amy Gentry is a book reviewer for the Chicago Tribune whose work has also appeared in Salon, the Los Angeles Review of Books, and the Best Food Writing of 2014. She lives in Austin, where she volunteered for several years with victims of sexual and domestic violence.

“Clever perspective changes give Gentry’s debut building suspense…Fans of Paula Hawkin’s The Girl on the Train will enjoy the shifting points of view and the complex female characters, and those who liked Samantha Hunt’s Mr. Splitfoot will appreciate the seedy characters and haunting theme of childhood vulnerability…Gentry’s depiction of a family working through immense suffering will connect with many readers.” —Booklist

“Unreliability sets the tone for this page-turner as it begins with a kidnapping where the only witness is the victim’s a ten-year-old sister. Pitting innocence and earnestness against criminality and manipulation, this novel, with its deft twists and turns, will leave you haunted long after the final page. . . You need to read this book. Like a literary James Patterson, this is a not-to-miss debut.”—Steph Opitz, book reviewer, Marie Claire

“Amy Gentry has burst out of the gate with a monumentally intelligent, wily thriller about identity, vengeance, and homecoming that introduces readers to some of the most badass female characters on the shelf. Good As Gone is a river that shoots the reader deftly through rapids, over cliffs, past eerie vistas to a shocking, elegant and well-earned ending. Do yourself a favor: jump in.“—Kelly Luce, author of Pull Me Under

1. When Julie comes home, Anna never expresses joy or even relief. Why? What do you think she is feeling, judging by the clues she drops in her first-person narrative?

2. At the end of the Prologue, Anna says, “And that…is the story of how I lost my daughter—both of my daughters—everything, everything—in a single night.” How does Julie’s kidnapping cause Anna to lose her other daughter, Jane? What else does Anna lose that night? Who do you think is responsible for these losses?

3. On page 44, Anna thinks, “I’ve already had the worst thing happen to me that can ever happen to a parent. And now, in a sense, Julie has too. It’s something we share.” What does she mean by this? What about her experiences and Julie’s experiences draw them together? Why doesn’t she feel the same closeness through loss with Jane?

4. When does Anna start to question Julie’s story and why? When did you begin to suspect that something about Julie’s story was off? What did you think when Julie first went for her hidden cell phone and ID stash?

5. When Anna speaks to Carol, Julie’s therapist, she tries to get information in hopes it will shed some light on Julie’s lies. Carol explains that Julie’s “not sure how to relate to her family anymore, or to anyone who hasn’t been through what she has.” (p.66) Do you think a person needs to have been through your exact experiences to understand them? How do you feel about Anna’s implicit accusation that Carol doesn’t understand her need because Carol isn’t a parent?

6. Julie literally takes a walk in Jane’s shoes when she sneaks out in the first chapter we read from her point of view. How else does Julie use physical objects to help her become someone else throughout the story? What do you make of Karen’s “trophies”?

7. On page 66, Carol tells Anna, “Many survivors of sexual abuse feel an overwhelming sense of shame.” Do you think this is true of Julie? How does it affect her behavior throughout the book?

8. The idea of keeping your children “safe” is a recurring theme in the novel. But what does “safety” really mean when a stranger can come into your home while you’re sleeping and take your child away? Do you think Julie and Jane were ever really safe—are any of us? Discuss how else ideas about “safety” appear in the book.

10. What does Julie like about Charlie as they become friends? What ultimately lead her to fall into his trap? Did you find it believable that throughout the unfolding of their relationship—and “the Plan”—no one, not her own parents, not her friend Candyce or her parents, had any clue what was going on? Why or why not?

11. Julie concludes her telling, finally, of her side of the story with language that parallels Anna’s in the Prologue. Why do you think the author made this choice? How else are the two women’s experiences similar?

12. On page 267, Anna muses about “the good people” of the world, like Tom and Julie. Consider her thoughts in the context of Esther’s story about trying to be good, but not happy. What is the significance of that lesson for the characters in the novel?

13. In so many ways, this novel is the story of Anna and Julie—but what about Tom and Jane? They remain close to one another, but Anna is so distant from them both. Even Julie has become distant from Jane—so young Jane recalls in the Prologue—before she disappears. Discuss the ways in which the novel’s title “Good as Gone” applies to this story.