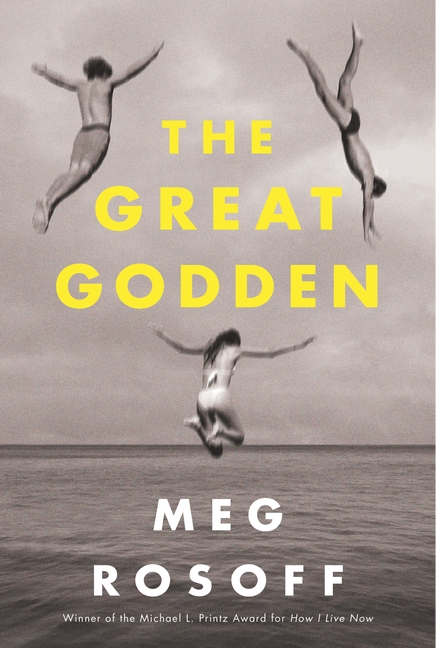 Everyone talks about falling in love like it’s the most miraculous, life-changing thing in the world. Something happens, they say, and you know . . .
I looked into his eyes and I knew.
Only, everyone else knew too. Everyone else felt exactly the same way.

This is the story of one family during one dreamy summer—the summer when everything changes. In an eccentric, turreted vacation house by the sea, our watchful narrator sees everything, including many things that shouldn’t be seen, while brothers and sisters, parents and theatrical older cousins fill the hot days with wine and tennis and sailing and planning a wedding.

Everyone talks about falling in love like it’s the most miraculous, life-changing thing in the world. Something happens, they say, and you know . . .
I looked into his eyes and I knew.
Only, everyone else knew too. Everyone else felt exactly the same way.

This is the story of one family during one dreamy summer—the summer when everything changes. In an eccentric, turreted vacation house by the sea, our watchful narrator sees everything, including many things that shouldn’t be seen, while brothers and sisters, parents and theatrical older cousins fill the hot days with wine and tennis and sailing and planning a wedding. Enter two brothers, the sons of a fading film actress—irresistibly charming, languidly sexy Kit and surly, silent Hugo. Suddenly there’s a serpent in this paradise, and the consequences will be devastating. In a propulsive narrative carrying intrigue and a growing sense of unease, Meg Rosoff, best-selling author of the iconic How I Live Now, offers a summer tale of innocence lost that will find its place among the classics of young adult literature.

Meg Rosoff is the author of How I Live Now, winner of the Michael L. Printz Award. She is a recipient of the Carnegie Medal and the Astrid Lindgren Memorial Award and was named a National Book Award Finalist for her novel Picture Me Gone. Meg Rosoff also completed Mal Peet’s unfinished novel Beck, a promise she made him before he died. She lives in London.

“A London teen recounts the summer that tore the family apart… Through the narrator’s keen observations, made more poignant in hindsight and through sarcasm, readers view the twisting and turning development of Kit’s manipulation. Although slim, Rosoff’s taut, psychological story elicits a slow burn, leaving readers wondering how far and wide Kit’s power will extend through the family. It’s all just the beginning of the narrator’s loss of innocence. A searing coming-of-age novel.” – Kirkus Reviews

“A British family of six takes its annual vacation to the beach for what is sure to be a glorious summer. …Printz Award–winner Rosoff (How I Live Now, 2004) has written an absolutely remarkable coming-of-age story. Everything about it—style, substance, mood, atmosphere, tone, and especially characterization—is spot-on. One wants to read the book several times to tease out how Rosoff achieves her effects. The effort is a joy, just like this unforgettable novel, the first of a planned, summer-themed trio.” – Booklist (starred review)

“Meg Rosoff’s The Great Godden is a first-rate coming-of-age novel told by an astute and appealing unnamed narrator over the course of one uncharacteristically fraught seaside summer. . . . The Great Godden is filled with equal parts drama and reflection, delivering a riveting novel of love and betrayal that is deftly and elegantly written.” – Shelf Awareness

1. The title of this book, The Great Godden, is intriguing. What did you think it might be about? When you learned that Godden was the last name of two brothers, which one did you think was the “great” one? Did your opinion change by the end of the book?

2. Rosoff includes a quotation by the poet William Blake at the beginning of the book: “And we are put on earth a little space, That we may learn to bear the beams of love.” What does this mean to you?

3. On page 1, we learn that the narrator fell in love with Kit Godden simply by looking into his eyes. So for one very brief moment the reader is allowed to think that this is going to be a lovely romance. But the next sentence is quite foreboding. Speaking of looking into Kit’s eyes and knowing right away, the narrator says, “Only, everyone else knew too. Everyone else felt exactly the same way.” These two short sentences tell you so much about Kit and about the trajectory of the book. What did you think when you read them?

4. Rosoff sets the book up as a play on page 6: “The actors assembled, the summer begins.” There is a lot about theater in this book: two characters are professional actors (Kit and Mal), and there are many references to plays such as Hamlet and Ibsen’s A Doll’s House. And there is the conflict between what appears to be happening (as if presented onstage) and what is really happening. How would you describe the interplay between theater and life in this story?

5. Another way the narrator looks at reality is through a brass telescope that has been handed down through the generations. How does this view color the narrator’s thoughts about what is going on?

6. Mattie, the sixteen-year-old sister, is described by the narrator as “the most trivial person I know. She says she wants to be a doctor but her brain seems mostly filled with sex and shoes” (page 12). Does this description hold up or does your opinion of her change throughout the book?

7. “Remember the poor cormorant” (page 20). This is the warning that Hope gives to the kids about not swamping the two Godden boys. The cormorant, which they had tried to nurse back to health, had suffered a heart attack and died from too much attention, according to Mal. The narrator says this warning “welded Kit Godden to the cormorant in my brain forever, the golden boy and the ragged black bird” (page 20). In what ways did the narrator find the two to be similar?

8. The narrator is often disparaging about the advantages that Mattie’s beauty brings to her. On page 48, the narrator says, “What annoys me most is that it takes no effort to be born beautiful, no hard work, no mental agility, no strength of character. Just dumb luck. And yet it’s a universal currency, often mistaken for moral superiority.” Later the narrator says that beauty is “very possibly ruinous for the owner” (page 51). What do you think about these opinions? Are beautiful people lucky or burdened?

9. We come to know Hugo gradually as he reveals more and more about himself. He hates his brother. He is an artist. He is an amazing tennis player. He is socially awkward. He doesn’t consider anywhere home. How would you describe him?

10. Twice the narrator talks about how the less a person seems to do, the more effective they are at doing it (Hope acting in A Doll’s House and Hugo playing tennis). Does this make sense to you? Would you agree that this is how an expert seems to work?