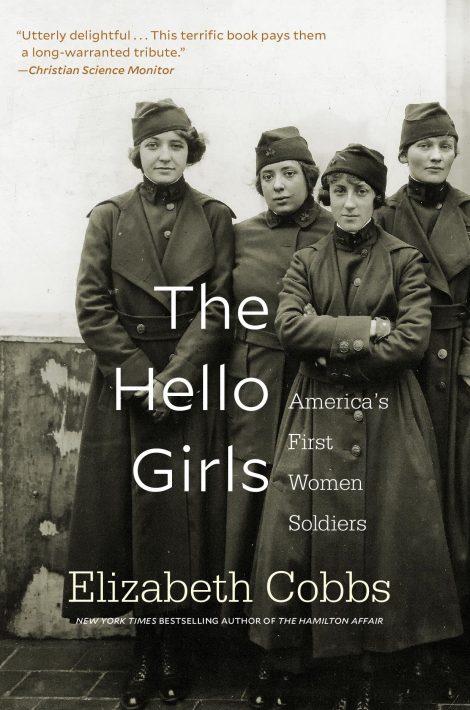 In 1918, the U.S. Army Signal Corps sent 223 women to France at General Pershing’s explicit request. They were masters of the latest technology: the telephone switchboard. While suffragettes picketed the White House and President Wilson struggled to persuade a segregationist Congress to give women of all races the vote, these courageous young women swore the army oath and settled into their new roles. Elizabeth Cobbs reveals the challenges they faced in a war zone where male soldiers wooed, mocked, and ultimately celebrated them.

The army discharged the last Hello Girls in 1920, the year Congress ratified the Nineteenth Amendment.

In 1918, the U.S. Army Signal Corps sent 223 women to France at General Pershing’s explicit request. They were masters of the latest technology: the telephone switchboard. While suffragettes picketed the White House and President Wilson struggled to persuade a segregationist Congress to give women of all races the vote, these courageous young women swore the army oath and settled into their new roles. Elizabeth Cobbs reveals the challenges they faced in a war zone where male soldiers wooed, mocked, and ultimately celebrated them.

The army discharged the last Hello Girls in 1920, the year Congress ratified the Nineteenth Amendment. When they sailed home, they were unexpectedly dismissed without veterans’ benefits and began a sixty-year battle that a handful of survivors carried to triumph in 1979. 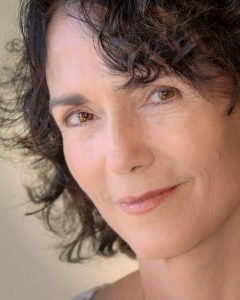 Elizabeth Cobbs is a historian, New York Times bestselling novelist, and documentary filmmaker. She is Melbern G. Glasscock Chair in American History at Texas A&M University and a Research Fellow at Stanford’s Hoover Institution. Cobbs is the author of several books on American history and winner of the Allan Nevins Prize.

“What an eye-opener! Cobbs unearths the original letters and diaries of these forgotten heroines and weaves them into a fascinating narrative with energy and zest.” —Cokie Roberts, author of Capital Dames

“This engaging history crackles with admiration for the women who served in the U.S. Army Signal Corps during the First World War, becoming the country’s first female soldiers.” —New Yorker

“Utterly delightful . . . Cobbs very adroitly weaves the story of the Signal Corps into that larger story of American women fighting for the right to vote, but it’s the warm, fascinating job she does bringing her cast . . . to life that gives this book its memorable charisma . . . This terrific book pays them a long-warranted tribute.” —Christian Science Monitor

1. “Yet Wilson drew a line at votes for women, which violated the laws of nature, he thought. Female political activity was both offensive and ludicrous … he told a colleague that he was ‘definitely and irreconcilably opposed to woman suffrage; woman’s place was in the home, and the type of woman who took an active part in the suffrage agitation was totally abhorrent to him.’” (11) How does Wilson’s point of view change throughout his presidency? Why do his opinions change?

2. “But of all World War I collaborations, few were as unprecedented as that between the profit-making telecommunications industry and the war-making Signal Corps.” (40) Do you think the private company connection to the Army is part of the Army’s excuse for hiring contract employees instead of enlisted soldiers? Do you see similar partnerships existing today between business and the armed services?

3. “But the telephone systems that sprang up across the country preferred women. Gender expectations trained females from birth in the genteel diplomacy required for conversing with impatient callers. Women also showed great nimbleness… It was a fast-paced job requiring steady nerves.” (45) Why could men not perform this job for the Army?

4. The Navy enlisted females in March of 1917. The Marines enlisted females in August of 1918. “They and the naval recruits were the first women admitted to full military rank by the United States. Nearly thirteen thousand joined.” (60) Why was the Army so unwilling to enlist women when the Navy and Marines were? Do you know if the Navy and the Marines are still more forward thinking than the Army today?

5. British Prime Minister David Lloyd George said, “To give the women no voice would be an outrage… That is why the women question has become largely a war question.” (122) Why is it more about war? How does England view the woman’s role, and this issue, differently from the US?

6. Woodrow Wilson addressed Congress directly on the vote for women’s suffrage. This was highly unexpected and unusual. (222) He not only believed that women’s suffrage was essential to win the war, but that the United States needed to conform in order to still be held up as a world leader. “Are we alone to ask and take the utmost women can give – service and sacrifice of every kind – and still say that we do not see what title that gives them? Shall we admit them only to a partnership of sacrifice and suffering and toil and not to a partnership of privilege and of right?… I ask that you lighten them (my responsibilities) and place in my hands instruments, spiritual instruments, which I do not now possess, which I sorely need, and which I daily have to apologize for not being able to employ.” Carrie Chapman Catt responded afterwards that “No country has paid so great a tribute to its women as was paid the women of our country today.” Congress still voted no. How do you think Wilson felt knowing that Congress did not accept his ideas and leadership? How did the geographic areas of Congress relate to this decision?

7. In 1920 votes for female citizens finally became law. The decades had proven to Carrie Chapman Catt “how slowly men as a whole retreated from the ‘divine right of men to rule over women’ idea, and how slowly women rose to assume their equal right with men to rule over both.” (261) What do you think she is saying about women here?

8. At least 24 times between 1927 and 1977 representatives in Congress introduced bills to acknowledge female veterans. The War Department blocked each attempt, and bills didn’t get past the Armed Services C Congress finally passed the bill in 1977 and President Jimmy Carter signed it into law. It would still take two years for the army to process the remaining survivors’ discharges. Did the length of this acceptance surprise you? Do institutions continue to change slowly even today? Are you surprised at some of the stubborn prejudices that still remain? The feminist movement in the 1970s helped give a final push to a long conversation about the use and exploitation of women’s talents. Do you think there is a similar movement occurring now?

9. “Serving in their navy blue skirts, ‘upon the very skirts and edges of the battle,’ they embodied the claim of the 1848 Seneca Falls Declaration of Sentiments: ‘We hold these truths to be self-evident: that all men and women are created equal.’” (304) And yet they were not created or treated equally. Even though the declaration was from almost 100 years prior, why was it so hard for men in the government, the Army, and male citizens in general to accept?

10. “Laws that gave the vote to former slaves, male immigrants, and lower class Tommies made the disenfranchisement of women seem all the more outrageous.” (306) Do you think if women’s suffrage had been a completely separate issue, and had not included extending rights to other disenfranchised groups, it would have been accepted more quickly by lawmakers?

11. In 2016 the US Army denied burial rights to WASPs four decades after Goldwater’s Legislation. In 2016 a Republican nominee for President physically and verbally assaulted women and was still elected. Do these actions and decisions still seem surprising to you after reading about the somewhat slow pace at which women’s rights were established and accepted? Do you think Wilson would be surprised?

12. In 1979 at age 91 Merle Egan Anderson finally accepted discharge papers in person at Fort Lawton. At the event she said, “The Army has finally admitted we are legitimate…If I do get a Victory Medal, it should be for fighting the Army all these years!” How did Merle’s original motivations and feelings about the Army when she was recruited change throughout this process? Do you think the Army recognizes the irony that she mentions here?

13. On page 307, Cobbs quotes former First Lady Michelle Obama: “It reminds us of stories we hear from our mothers and grandmothers about how… even though they worked so hard, jumped over every hurdle to prove themselves, it was never enough.” How has reading this book deepened your understanding of this quote?

14. How does George Cohan’s song lyrics relate to the meaning and the ending of the book?

15. “Today, females constitute roughly 15 percent of the armed forces. Many aspects of their service seem routine rather than remarkable. Yet their role in combat remains deeply controversial. It challenges our beliefs about what females can or should do.” (4) After finishing this book, what new appreciation or questions do you have about how women serve and are treated in the armed services today?

16. Mark Hough takes on the case without charge. He comes to know the women well, and their story and vindication are extremely important to him. Years after the women received their discharges, he ends up driving everything he has collected to the National WWI Museum. Hough was motivated to advocate for a cause without the need for personal recognition or What motivated his efforts? Have you committed yourself to a cause because of a personal connection or when you have recognized a need for support without expecting something in return?