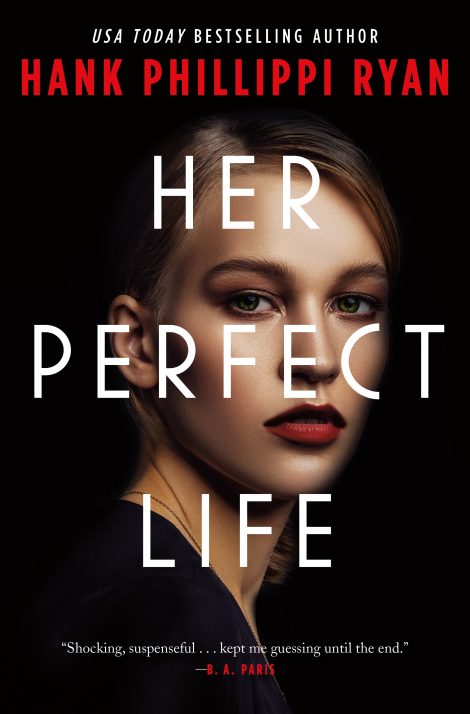 Lily understands that no one reveals a secret unless they have a reason. Now she’s terrified someone is determined to destroy her world—and with it,

Lily understands that no one reveals a secret unless they have a reason. Now she’s terrified someone is determined to destroy her world—and with it, everyone and everything she holds dear.

How much will she risk to keep her perfect life? 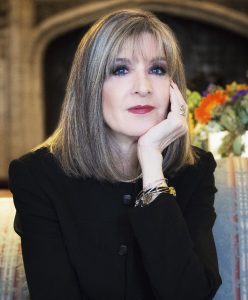 USA Today bestselling author Hank Phillippi Ryan has won five Agatha Awards in addition to Anthony, Macavity, Daphne du Maurier, and Mary Higgins Clark Awards. As on-air investigative reporter for Boston’s WHDH-TV, she’s won 37 Emmys and many more journalism honors, and her work has resulted in new laws, criminals sent to prison, homes saved from foreclosure, and millions of dollars in restitution for victims and consumers. A past president of National Sisters in Crime and founder of MWA University, her novels include Trust Me, The Murder List, the Charlotte McNally series (starting with Prime Time), and the Jane Ryland series (which begins with The Other Woman). Ryan lives in Boston with her husband, a nationally renowned civil rights and criminal defense attorney.

“Shocking, suspenseful, with clever twists and an abundance of secrets. Her Perfect Life kept me guessing until the end. I loved it!” —B. A. Paris, internationally bestselling author of The Therapist and Behind Closed Doors

“When people say a book is a page-turner, they must be talking about Hank Phillippi Ryan. Her Perfect Life has everything: Compelling characters, a captivating story, and a pace that’ll have you turning the pages deep into the night. You can’t go wrong with a Ryan book, and this one is no exception.” —Samantha Downing, bestselling author of My Lovely Wife

“Tense and twisty…You will read this in one sitting!” —Julie Clark, New York Times and USA Today bestselling author of The Last Flight

“There’s a reason Hank Philippi Ryan keeps winning so many awards—she is a master at crafting suspense around fully formed characters with real emotion and depth. A mesmerizing thrill ride!”—Kimberly Belle, internationally bestselling author of Dear Wife and Stranger in the Lake

They say you can’t choose your family, but if you could, I would still have chosen Cassie.

She was my big sister, and everything she did was perfect. Her perfect dark hair, which curled or didn’t depending on what Cassie wanted. She had perfect friends, and perfect dates, and whispered phone calls, and boys came to pick her up in their cars. She got to wear lipstick. Once when I sneaked hers and tried it, she caught me. She didn’t even laugh. Or yell. Or tell on me.

When Cassie went away to college that year, something changed. She came home for winter break, but she stayed in her room. My mother and I couldn’t figure out what she was doing. Cassie would come out only to make cups of coffee, then stare out the window at our snow-dappled backyard, at the pond where she’d tried to teach me to ice-skate, and at the big sycamore tree where we once found a huge hornets’ nest that fell in a summer wind. I’d picked it up, and wanted to save it for show-and-tell, but Cassie screamed and told me it was full of bugs. She grabbed it from me, and one stung her. She didn’t even cry.

We had a dog, too, a dear and dopey rescue named Pooch. Cassie never liked the name, but our dad did. And then Dad died, and Cassie never wanted to change Pooch’s name again.

When she left for college, Mumma kept her room just the way it was, with all her stuffed animals and souvenirs and photographs, and didn’t let me move out of my little bedroom into her bigger one. Cassie was always the favorite, and I always thought of it as her right.

That first college winter vacation, my mother found a notebook, one of those black ones with white dots on the cover. She opened it to the first page. I saw her face change. Without a word, Mumma turned the notebook to show me. Cassie had drawn a calendar, with carefully ruled pencil lines spaced equally apart. November. Then December. She’d crossed off the days, each one, with an X in black marker.

“Poor Cassie,” Mumma said to me. I remember how soft her voice was, carrying an undercurrent of worry or sorrow. “I wonder what day she’s waiting for. This is not the work of a happy person.”

“I know,” I’d agreed, nodding sagely, though at age seven, I didn’t really know. And it was almost as if Mumma wasn’t talking to me, but just to herself. I do remember how I felt then, even remember my eyes widening in fear of things, dark things or scary things, under the bed or in the closet—things that kids’ imaginations, if they’re lucky, conjure as murky vanishing faraway nothings. Things that come in the night. Visitors. My mother’s worry was contagious, too, a chronic disease I have yet to conquer. “Mumma? What do you think is wrong with Cassie?”

And then Cassie was gone.

The police said they looked and looked for her, even said they’d tried to make sense of the calendar she’d left behind. My mother got sicker and sicker waiting for her.

Years later, I went off to college myself. By then, Pooch had died.

And then there was only me.

What happened to Cassie? I imagined her dead, of course. I’d imagined her kidnapped, imprisoned, hidden, brainwashed, indentured, enslaved, made into a princess, transported by aliens to their faraway planet. I saw her in grocery stores, on book covers, in the backgrounds of movies, a lifted shoulder or sunlight on a cheekbone, that little dance she did when she was happy. Once I saw the back of her head three rows in front of me on a plane from Boston to New Orleans and leaped out of my seat with the seat belt sign still on, but it wasn’t her dark hair and not her thin shoulders, not her quizzical smile after my lame Oh, I thought I knew you excuse.

We were too far apart in age, I guess, to have that sister connection some people talk about, the sense of knowing where the other is, or when they’re upset. Sure, she was my only big sister. But she was already wrapped up in her own concerns, and I was a goofy little kid, and my sibling worship didn’t have the time to evolve into mystical bonding. Was she still alive?

I still have a picture of her and Pooch, the one Dad took with his camera that wasn’t a phone. The almost-sepia rectangle of daughter and dog is faded now, and cracking, with old-fashioned wavy once-white edges. The original one is in my apartment, and the copy thumbtacked to the bulletin board over my desk at Channel 6.

At some point you have to stop looking, I told myself. But still. If she did something truly bad, how much did I want to know? How would that knowledge change my life? My career? Maybe it’s better for me to pretend she never existed.

But I know she did exist.

Sometimes it feels like she still comes to me in my dreams, this time asking me to find her. So I couldn’t help but imagine that; approaching her, confronting her, gently, gingerly, or standing in her line of sight to see if there was a glimmer.

Would I even recognize my big sister after all this time? I was seven when she vanished, and Cassie was eighteen, so … maybe.

Or maybe she’ll recognize me. She’ll find me.