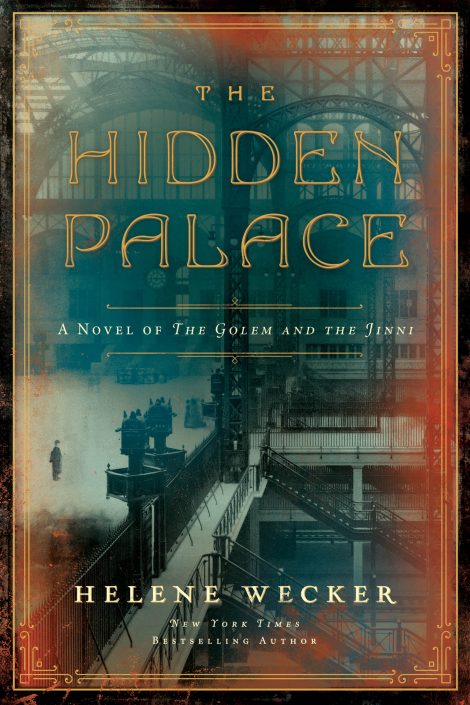 A Novel of the Golem and the Jinni

In this enthralling historical epic, set in New York City and the Middle East in the years leading to World War I– the long-awaited follow-up to the acclaimed New York Times bestseller The Golem and the Jinni–Helene Wecker revisits her beloved characters Chava and Ahmad as they confront unexpected new challenges in a rapidly changing human world.

Chava is a golem, a woman made of clay, who can hear the thoughts and longings of those around her and feels compelled by her nature to help them. Ahmad is a jinni, a restless creature of fire,

In this enthralling historical epic, set in New York City and the Middle East in the years leading to World War I– the long-awaited follow-up to the acclaimed New York Times bestseller The Golem and the Jinni–Helene Wecker revisits her beloved characters Chava and Ahmad as they confront unexpected new challenges in a rapidly changing human world.

Chava is a golem, a woman made of clay, who can hear the thoughts and longings of those around her and feels compelled by her nature to help them. Ahmad is a jinni, a restless creature of fire, once free to roam the desert but now imprisoned in the shape of a man. Fearing they’ll be exposed as monsters, these magical beings hide their true selves and try to pass as human–just two more immigrants in the bustling world of 1900s Manhattan. Brought together under calamitous circumstances, their lives are now entwined–but they’re not yet certain of what they mean to each other.

Both Chava and Ahmad have changed the lives of the people around them. Park Avenue heiress Sophia Winston, whose brief encounter with Ahmad left her with a strange illness that makes her shiver with cold, travels to the Middle East to seek a cure. There she meets Dima, a tempestuous female jinni who’s been banished from her tribe. Back in New York, in a tenement on the Lower East Side, a little girl named Kreindel helps her rabbi father build a golem they name Yossele–not knowing that she’s about to be sent to an orphanage uptown, where the hulking Yossele will become her only friend and protector.

Spanning the tumultuous years from the turn of the twentieth century to the beginning of World War I, The Hidden Palace follows these lives and others as they collide and interleave. Can Chava and Ahmad find their places in the human world while remaining true to each other? Or will their opposing natures and desires eventually tear them apart–especially once they encounter, thrillingly, other beings like themselves? 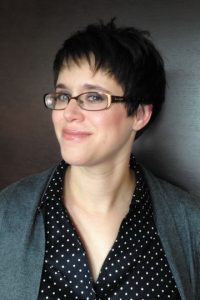 Helene Wecker received a BA from Carleton College in Minnesota and an MFA from Columbia University in New York. A Chicago-area native who has made her home in Minneapolis, Seattle, and New York, she now lives near San Francisco with her husband and daughter. The Golem and the Jinni is her first novel.

“A layered novel of many complex characters, including even richer developments of the golem Chava and the jinni Ahmad…To keep their worlds safe, Chava and Ahmad must access both their greatest supernatural powers and their deepest human impulses.”-Historical Novels Review

“A blend of romance, Mary Shelley-esque horror, and folklore. . . . Wecker skillfully combines the storylines of Chava the Golem and Ahmad the Jinni and numerous other players, good and evil, in an enchanting tale that pleases on every page.”–Kirkus Reviews (starred review)

“Impressive…storytelling à la Dickens…A satisfying, mature sequel to The Golem and the Jinni, continuing the magical story of two immigrant mythological characters from the turn of the 20th century to the outbreak of WWI.”–Publishers Weekly

“Richly nuanced and beautiful.  . . . Wecker skillfully draws together these disparate lives and characters in an immersive and magical tale of loneliness, love, and finding hope.”-Buzzfeed

“In Wecker’s novel, real-life events—the sinking of the Titanic, the Triangle Shirtwaist Factory fire or the Great War—have an inexorable impact on mortal and supernatural characters alike. From one crisis to the next, a strange and unbreakable alliance develops among many persons and elemental creatures, burgeoning into something even more marvelous. . . . Fans of The Golem and the Jinni have waited eight years for this sequel. It has been worth the wait.”–BookPage (starred review)

“The Hidden Palace recaptures the assured voice, the delicate magic, the solid historical verisimilitude, and engaging interplay of personalities of  The Golem and the Jinni…But Wecker deepens, extends, and culminates all the story arcs, leaving the reader very satisfied.”-Locus

Of all the myriad races of thinking creatures in the world, the two that most delight in telling stories are the flesh-and-blood humans and the long-lived, fiery jinn.

The stories of both humans and jinn are known for their changeability. A tale told by either race will alter as it spreads, the versions multiplying into a family of stories, one that squabbles and contradicts itself like any other family. A story will seem to pass out of telling, then suddenly resurrect itself, its old bones fitted with modern garments. And there are even tales that spread from one race to the other—though the versions are often so different that they hardly seem like the same story at all.

Consider, for instance, the story of the fisherman and the jinni. The humans tell it many ways, one of which is this:

Once, long ago, a poor fisherman stood at the edge of a lake, casting his net. His first two casts brought him nothing, but on the third he pulled from the water an old copper flask. Rejoicing, for the copper was worth a few coins, he pried the iron stopper from the flask—and out exploded a gigantic and rageful jinni. The jinni explained to the man that King Sulayman himself had caged him in the flask and then tossed it into the lake, knowing that even if the jinni should manage somehow to escape, the water would extinguish him at once. For hundreds of years the jinni had brooded upon his misfortune, until his hatred of humanity had grown so large that he’d vowed to destroy whoever released him.

The fisherman pleaded for his life, but the jinni refused to spare him. At last the fisherman begged the jinni to answer a single question first. Reluctantly, the jinni agreed. How, the fisherman asked, did you fit into that tiny flask? You stand before me an enormous specimen, and even your smallest toe would be enough to fill it. I simply won’t believe your story until I’m convinced you were inside the flask all along.

Furious at this doubting of his word, the jinni promptly dissolved into his insubstantial form and crowded himself back into the flask, saying, Now do you see, human?—whereupon the fisherman replaced the stopper, trapping the jinni once more. Realizing his mistake, the jinni begged the fisherman from inside the flask, promising endless jewels and riches if the man would only release him. But the fisherman, who knew better than to trust him, threw the flask and its inhabitant back into the lake, where it lies undiscovered to this day.

When told among the jinn, however, the tale sounds more like this:

Long ago there was a cunning human wizard, a many-times descendant of Sulayman the Enslaver, who learned of a lake where a powerful jinni lay trapped inside a copper flask. Rejoicing, for the wizard wished to bind a jinni as his servant, he disguised himself as a poor fisherman, cast a net into the lake, and drew the flask from the waters. He pulled out the stopper, and the gigantic jinni emerged before him.

Exhausted from his long years inside the flask, the jinni said, Human, you have released me, and I shall spare your life in gratitude.

At once the wizard cast off his fisherman’s rags. You shall serve me for all your days! he shouted, and began to cast the binding spell.

The jinni knew that if he flew away, the spell would only follow. So, quick as a flash, he shrank himself back into the flask, pulled the stopper in after himself, and used the flame of his body to heat the copper until it scalded the wizard—who unthinkingly hurled it away from himself, into the middle of the lake.

Nursing his burnt hand and his wounded pride, the wizard declared, Clearly this jinni would have been nothing but trouble. I shall find a better servant elsewhere. And he stalked off, leaving the flask beneath the waters—and inside it the clever jinni, who’d decided that even a cramped and solitary prison was better than a life as a slave.

There is another story shared by humans and jinn, one that also concerns iron and magic, vows and bindings. It is known by only a very few of both races, and guarded among them as a secret. Even if you were to find them, and earn their trust, it’s still unlikely that you’d ever hear the tale—which is told as follows: