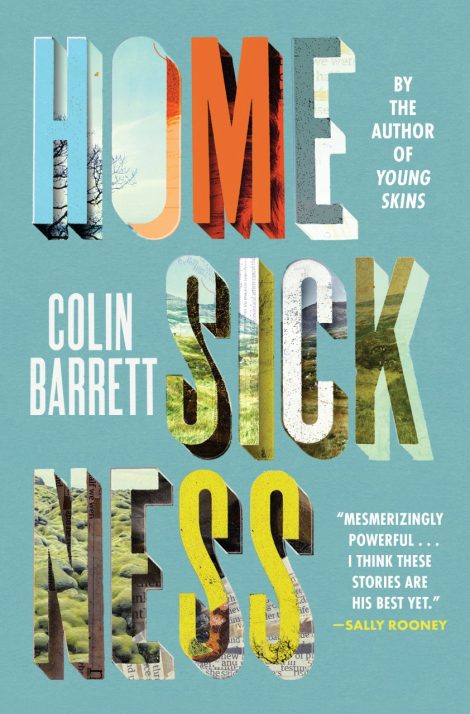 When Colin Barrett’s debut Young Skins published, it swept up several major literary awards, and, in both its linguistic originality and sharply drawn portraits of working-class Ireland, earned Barrett comparisons to Faulkner,

A quiet night in a local pub is shattered by the arrival of a sword-wielding fugitive; a funeral party teeters on the edge of this world and the next, as ghosts simply won’t lay in wake; a shooting sees a veteran policewoman confront the banality of her own existence; and an aspiring writer grapples with his father’s cancer diagnosis and in his despair wreaks havoc on his mentor’s life.

The second piece of fiction from a “lyrical and tough and smart” (Anne Enright) voice in contemporary Irish literature, Homesickness  marks Colin Barrett out as our most brilliantly original and captivating storyteller. 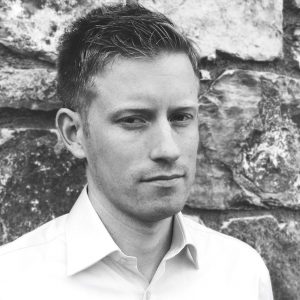 Colin Barrett was born in 1982 and grew up in County Mayo. In 2009 he was awarded the Penguin Ireland Prize. Young Skins won the Frank O’Connor International Short Story Award, the Guardian First Book Award, and the Rooney Prize for Irish Literature. His work has been published in The New Yorker, A Public Space, Granta, and The Stinging Fly. In 2015, Barrett was named a National Book Foundation “5 Under 35.”

“Superb… There is an utterness to his attention, a devotion to the lives of his characters, that shifts the work into some more lasting place. Barrett is already one of the leading writers of the Irish short story, which is to braggingly say, one of the leading writers of the short story anywhere. He means every word and regrets every word. He just kills it.”—Guardian

“A beautiful and moving collection, from one of the best story writers in the English language today.”—Financial Times

“Homesickness is another finely crafted collection, again set largely on Barrett’s home turf of County Mayo, portrayed once more as a cauldron of alarming violence and simmering disappointment. Crisply told, fond of an eye-catching flourish… the stories draw energy from the rhythms of west of Ireland small talk, added to Barrett’s eye for striking detail… The scenarios are richly layered, with punchy payoffs.”—The Observer

“Bittersweet and chiseled… From gritty realism to oddball noir, this assured collection demonstrates the talent of a distinctive writer.”—Publishers Weekly

“If there is any concern about the health of the short story in the next generation of Irish writers, Colin Barrett’s Homesickness: Stories, his second collection, should help put that to rest. Like novelist Sally Rooney, Barrett is well-attuned to the attitudes and preoccupations of mostly younger Irish men and women, though his subjects are markedly dissimilar to the highly educated, intensely verbal characters in Rooney’s work… Characters like these may be humble, but there’s nothing unimpressive about their portrayal in these thoughtful, well-wrought tales.”—Shelf Awareness