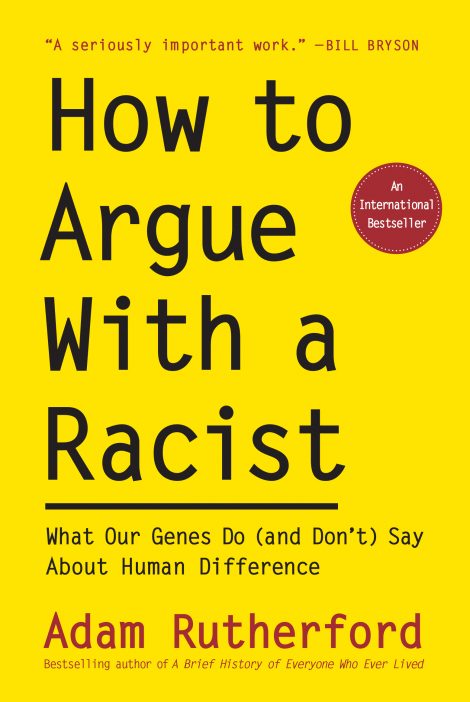 HOW TO ARGUE WITH A RACIST

What Our Genes Do (and Don't) Say About Human Difference

Race is not a biological reality.
Racism thrives on our not knowing this.

Racist pseudoscience has become so commonplace that it can be hard to spot. But its toxic effects on society are plain to see—feeding nationalism, fueling hatred, endangering lives, and corroding our discourse on everything from sports to intelligence. Even well-intentioned people repeat stereotypes based on “science,” because cutting-edge genetics are hard to grasp—and all too easy to distort. Paradoxically, these misconceptions are multiplying even as scientists make unprecedented discoveries in human genetics—findings that, when accurately understood, are powerful evidence against racism.

Race is not a biological reality.
Racism thrives on our not knowing this.

Racist pseudoscience has become so commonplace that it can be hard to spot. But its toxic effects on society are plain to see—feeding nationalism, fueling hatred, endangering lives, and corroding our discourse on everything from sports to intelligence. Even well-intentioned people repeat stereotypes based on “science,” because cutting-edge genetics are hard to grasp—and all too easy to distort. Paradoxically, these misconceptions are multiplying even as scientists make unprecedented discoveries in human genetics—findings that, when accurately understood, are powerful evidence against racism. We’ve never had clearer answers about who we are and where we come from, but this knowledge is sorely needed in our casual conversations about race.

How to Argue With a Racist emphatically dismantles outdated notions of race by illuminating what modern genetics actually can and can’t tell us about human difference. We now know that the racial categories still dividing us do not align with observable genetic differences. In fact, our differences are so minute that, most of all, they serve as evidence of our shared humanity. 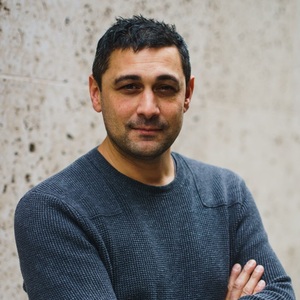 Adam Rutherford is a geneticist, science writer, and broadcaster. He studied genetics at University College London, and during his PhD on the developing eye, he was part of a team that identified the first known genetic cause of a form of childhood blindness. As well as writing for the science pages of The Guardian, he has written and presented many award-winning series and programs for the BBC, including the flagship weekly Radio 4 program Inside Science, The Cell for BBC Four, and Playing God (on the rise of synthetic biology) for the leading science series Horizon. He is also the author of How to Argue With a Racist, an incisive guide to what modern genetics can and can’t tell us about human difference; The Book of Humans, a new evolutionary history that explores the profound paradox of the “human animal”; A Brief History of Everyone Who Ever Lived, finalist for the National Book Critics Circle Award in nonfiction; and Creation, on the origin of life and synthetic biology, which was short-listed for the Wellcome Book Prize.

“A fascinating debunking of racial pseudoscience. . . . Engaging and enlightening.”—The Guardian

“Nobody deals with challenging subjects more interestingly and compellingly than Adam Rutherford, and this may be his best book yet. This is a seriously important work.”—Bill Bryson

“An earnest review proving that the concept of “race” has no basis in science. . . . An excellent overview of human genetics.”—Kirkus Reviews

“Rutherford debunks [racism] brilliantly. What he shows, carefully and in detail, is that genetics, properly understood, doesn’t support any of this disgusting nonsense.”—UnHerd

“A fascinating and timely refutation of the casual racism on the rise around the world. The ultimate anti-racism guide.”—Caroline Criado-Perez, author of Invisible Women

“Short but impactful . . . Rutherford’s work provides ample ammunition to anyone wishing to use science to combat racial stereotypes.”—Publishers Weekly

“As timely as it is invigorating and important.”—Peter Frankopan, Oxford professor of global history

“Don’t get frenetic when racists cite genetics: just use hard science to prove them wrong.”—Evening Standard

“A counter-blast to those who would use science to justify prejudice.”—Tom Gatti, New Statesman

“Poignant . . .  A 21st-century manifesto for understanding human evolution and variation related to race. It is also a timely weapon against the misuse of science to justify bigotry and casual racism.”—Cosmopolitan

“This fascinating, illuminating, and original book on human evolution and development is essential reading in an age of false science, resurgent racism, and conspiracy theory—and the perfect antidote to racial bigotry.”—Simon Sebag Montefiore, historian and author of The Romanovs

“Adam Rutherford is the perfect writer to arm you with evidence.”—Claudia Hammond, author of Time Warped

How to Argue with a Racist dismantles racially prejudiced ideas and challenges deeply buried misconceptions about genetics with levelheaded scientific evidence. While countering myths with facts, Rutherford traces where these misinterpretations came from, discussing both the racist history of his discipline and the momentous scientific discoveries intertwined with this past. In the science of genetics, nothing is as simple as it might seem. This guide encourages you to engage critically with this complexity and aids you in confronting biases fed by inaccurate information.

1. In the introduction, Rutherford explores how his interest in genetics has been influenced by his background. He discusses his British and Indian heritage as well as his education at University College London, where a key figure in the eugenics movement, Francis Galton, researched. Do you have personal history that has informed your perspective on the science of race?

2. The scientists who pioneered genetics have complicated legacies: Karl Linnaeus founded the taxonomic classification of living things into genus and species (Homo sapiens, for example), but also sorted humans into subspecies based on inaccurate racial stereotypes. How can we teach scientific history in a nuanced way that captures both these realities?

3. The human obsession with sorting things into categories appears throughout genetics’ history, from Johann Blumenbach’s 18th-century ancestral groups to Noah Rosenberg’s DNA analysis clusters from 2002. What are some ways humanity’s tendency to categorize can be helpful? Or harmful?

4. A British person might be excited to find out that they are related to historical figures like Edward III, but it’s mathematically provable that all Brits have a nearly 100 percent chance of descending from Edward III. Why do we remain fascinated by our ancestry despite facts like these?

5. White supremacists use internet forums to spread their ideology, and geneticists often must contend with a “deluge of racist replies” after sharing academic papers online (115). How has technology affected the way we discuss and conceptualize race?

6. On the topic of whether factual evidence can combat racist opinions, Rutherford quotes Jonathan Swift: “Reasoning will never make a Man correct an ill Opinion, which by Reasoning he never acquired.” What other tools can we use alongside science to fight prejudice more effectively?

7. Positive-attribute racism like “East Asians are better at math” or “Africans are the best runners” is often an unintentional expression of prejudice. Although these statements may not be meant negatively, how might they still be damaging?

8. Detractors of IQ as a meaningful scale for intelligence point out problems like potential cultural bias in IQ tests’ formulation, but Rutherford concludes that IQ tests can produce scientifically relevant data despite these issues. Do you think IQ is still a useful way for us to assess intelligence today?

9. Rutherford sums up the difficulty of challenging prejudice when he writes, “It is easier to apply ‘common sense’ arguments, such as that slavery bred natural athletes, than recognize that life histories, evolution, and genetics are profoundly tricky to unpick” (200). Have there been times in your life when you defaulted to the “simple” answer rather than seeking complexity? What were the results?

10. Some people identify strongly with their race—for example, a Black person who is proud of their Black heritage and culture. Do you think this identification is incompatible with what science tells us about race?

11. For Rutherford, the most important thing a scientist can say is, “We don’t know” (xviii). How does this relate to your view of science? Does uncertainty inhibit you, or inspire you to find out more?