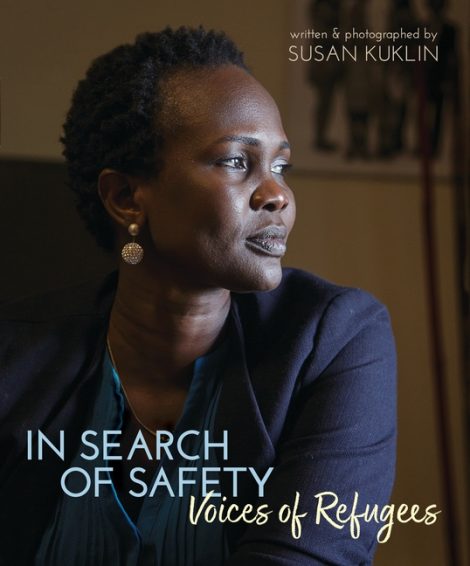 IN SEARCH OF SAFETY

An Iraqi woman who survived capture by ISIS. A Sudanese teen growing up in civil war and famine. An Afghan interpreter for the U.S. Army living under threat of a fatwa. They are among the five refugees who share their stories in award-winning author and photographer Susan Kuklin’s latest masterfully crafted narrative. The five, originally from Afghanistan, Myanmar, South Sudan, Iraq, and Burundi, give gripping first-person testimonies about what it is like to flee war,

An Iraqi woman who survived capture by ISIS. A Sudanese teen growing up in civil war and famine. An Afghan interpreter for the U.S. Army living under threat of a fatwa. They are among the five refugees who share their stories in award-winning author and photographer Susan Kuklin’s latest masterfully crafted narrative. The five, originally from Afghanistan, Myanmar, South Sudan, Iraq, and Burundi, give gripping first-person testimonies about what it is like to flee war, face violent threats, grow up in a refugee camp, be sold into slavery, and resettle in America. Illustrated with full-color photographs of the refugees’ new lives in Nebraska, this work is essential reading for understanding the devastating impact of war and persecution — and the power of resilience, optimism, and the will to survive. Included in the end matter are chapter notes, information on resettlement and U.S. citizenship, historical time lines of war and political strife in the refugees’ countries of origin, resources for further reading, and an index.

Five refugees recount their courageous journeys to America — and the unimaginable struggles that led them to flee their homelands — in a powerful work from the author of Beyond Magenta and We Are Here to Stay. 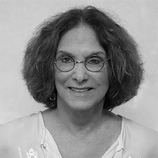 Susan Kuklin is the award-winning author and photographer of more than thirty books for children and young adults that address social issues and culture, including No Choirboy: Murder, Violence, and Teenagers on Death Row; Beyond Magenta: Transgender Teens Speak Out, a Stonewall Honor Book; and We Are Here to Stay: Voices of Undocumented Young Adults. Her photographs have appeared in documentary films and in Time magazine, Newsweek, and the New York Times. Susan Kuklin lives in New York City.

“The circumstances of all five refugees were perilous and frightening; their tenacity and courage (and even humor) are salutary. An exemplary appendix of notes and resources broadens the impact of the individual accounts; the accounts themselves personalize the crisis and statistics.” – The Horn Book

“This continues Kuklin’s substantial body of nonfiction centering the lives of marginalized individuals…Candid and posed photographs add valuable visual information. A significant theme threading through the stories is how long and involved the refugee resettlement experience is, usually taking years, reams of paperwork, and constant diligence on the part of every person involved. A necessary addition to middle-school curriculum.” – Booklist

“Kuklin, who has previously written about similar issues (see 2019’s We Are Here To Stay), does a brilliant job of capturing and transmitting the gripping, often raw, but always hopeful first-person testimonies, and readers cannot help but feel empathy for the individuals as they learn the horrors they survived (but never overcame, in some cases). A brutal, must-read account.” – Kirkus Reviews, starred review

“Representing Afghanistan, Myanmar, South Sudan, Iraq, and Burundi, these five refugees all offer testimony on the realities of growing up in a refugee camp, being sold into slavery, and then finding refuge. All five refugees possess the will to survive and to seek safety for themselves and their families…The book calls attention to problems in countries at war and how people can seek help, become a citizen, or resettle in the United States through certain agencies.” – School Library Connection

1. Discuss the book’s title and how it reflects the contents. Have the five people profiled found safety? Do some of them feel safer than others? The book is divided into parts about each person. Talk about the titles of the five parts, what they mean, and how each title relates to that part.

2. Consider the subtitle, Voices of Refugees. Why do you think the author chose to use first-person voices for the narrative? How would a third-person narrative have felt different? What attributes make the voices distinct? Explain the role of the italicized sections occasionally interspersed within the first-person narratives.

3. Discuss the photographs and how they affect your experience of reading the book. What is their emotional impact? How do they help you get to know the people profiled? What information is conveyed in the captions? Why do you think the author included maps?

4. Compare the experiences of the five refugees before they came to the United States. Explain how they ended up as refugees. What were some of the dangers that they faced? If they spent time in refugee camps, compare how long they were there and what the conditions were like.

5. What are some of the losses that the refugees endured over the years? Who among them has lost family members, and how? Which of them is separated from relatives in other countries, and who are the relatives? How does that affect their lives?

6. Describe the immigration process for each of the five people profiled and their emotions along the way. How long did it take to get a visa? What was the vetting process? What were some of the delays?

7. How have Americans and others helped the refugees get visas, travel to the United States, and adjust to their new lives here? What motivated those who helped them? Why has Nebraska welcomed so many refugees?

8. Which of the refugees speaks English, how did they learn it, and how well do they speak it? What advantages does speaking English give them in the United States? What other languages do the refugees speak? Discuss what it might be like if you moved to a country where language was a barrier for you.

9. What are some aspects of daily living that the refugees encounter in the United States that differ significantly from their previous lives? Contrast their living situations now with those of their lives before they became refugees. What surprised them about their apartments or houses in the United States?

10. What are some cultural differences that the refugees have encountered in the United States? For example, Dieudonné says that in Africa, “whipping a child was normal. That’s not how kids are disciplined in the States” (page 193). What problem did this difference present? How did Dieudonné help solve the problem for families he knows?

11. What religions do the refugees practice? What role did religion have, if any, in the loss of their homes and countries? What part does religion play in their lives in the United States?

12. Give examples of education in the refugees’ lives both before they got to the United States and once they arrived. How is education important to their adjustment to their new country? Why do most of them value education so highly?

13. Why do you think the author starts with Fraidoon? What do you find out about Afghanistan? Give a summary of what you learn about Fraidoon. Explain why the first section of the part about him is titled “The First Day of My Life.” What was his relationship with Americans in Afghanistan? Discuss why he says of himself, “I was a bridge between the American soldiers and the villagers” (page 31). How do all refugees serve as bridges?

14. Compare Nathan’s life and upbringing to your own. What obstacles has he faced? What helped him face the hardships of being a refugee? What is his attitude toward change and his new life? Discuss the significance of his reply to people from other countries who ask him where he’s from: “I am from America” (page 89).

15. Describe Nyarout, her background, and her experiences in the United States. What adult responsibilities did she take on before most children do, and why? How have attitudes toward women and restrictions on women affected her life? Discuss her statement that “in Africa, a woman doesn’t make her own choices. Here in the US, it’s different. I decided that, because I live in America, I can make my own choices” (page 124).

16. Shireen also had to take on adult responsibilities early. Talk about how that affected her life. What role has violence had in her life? What was her life like before the violence? What has happened to her family? Why are the Yazidis in so much danger?

17. Discuss Dieudonné’s observation that “it was way hard to relearn the whole societal structure. The society, the community, and the language were all new to us. It was like being born again. But we were old. We were being born old” (page 187). How has he been reborn? How has he created a community in Nebraska? Talk about the Umoja Choir and the photographs that show it.

18. “Refugees must rebuild their lives from traumatic and tragic circumstances. The majority embrace their newly adopted homeland with tremendous energy and success. They go on to work, attend universities, build professions, purchase homes, raise children, and contribute to their communities” (page 216). Relate these statements to each refugee in the book and discuss how they have rebuilt their lives.

19. What do you learn from the Author’s Note? How did Susan Kuklin’s family history inspire the book? Describe what she explains about her process in locating people to profile. How do the other resource materials at the back of the book, including the time lines, help you as a reader and student?