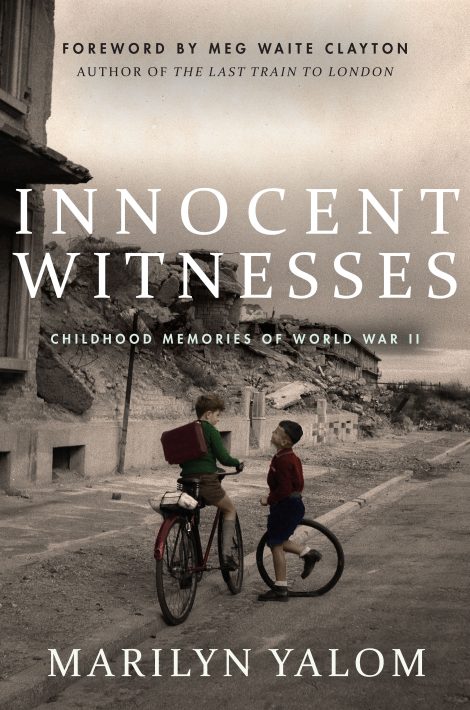 In a book that will touch hearts and minds, acclaimed cultural historian Marilyn Yalom presents firsthand accounts of six witnesses to war, each offering lasting memories of how childhood trauma transforms lives.

The violence of war leaves indelible marks, and memories last a lifetime for those who experienced this trauma as children. Marilyn Yalom experienced World War II from afar, safely protected in her home in Washington, DC. But over the course of her life, she came to be close friends with many less lucky, who grew up under bombardment across Europe—in France, Germany, Hungary, Czechoslovakia,

In a book that will touch hearts and minds, acclaimed cultural historian Marilyn Yalom presents firsthand accounts of six witnesses to war, each offering lasting memories of how childhood trauma transforms lives.

The violence of war leaves indelible marks, and memories last a lifetime for those who experienced this trauma as children. Marilyn Yalom experienced World War II from afar, safely protected in her home in Washington, DC. But over the course of her life, she came to be close friends with many less lucky, who grew up under bombardment across Europe—in France, Germany, Hungary, Czechoslovakia, England, Finland, Sweden, Norway, and Holland. With Innocent Witnesses, Yalom collects the stories from these accomplished luminaries and brings us voices of a vanishing generation, the last to remember World War II.

Memory is notoriously fickle: it forgets most of the past, holds on to bits and pieces, and colors the truth according to unconscious wishes. But in the circle of safety Marilyn Yalom created for her friends, childhood memories return in all their startling vividness. This powerful collage of testimonies offers us a greater understanding of what it is to be human, not just then but also today. With this book, her final and most personal work of cultural history, Yalom considers the lasting impact of such young experiences—and asks whether we will now force a new generation of children to spend their lives reconciling with such memories. 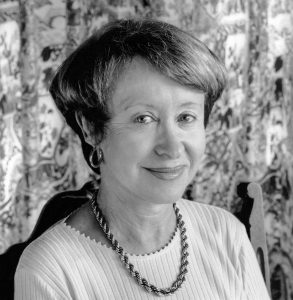 Marilyn Yalom‘s books include classics of cultural history such as A History of the Wife, Birth of the Chess Queen, and How the French Invented Love. A former professor of French, she was a senior scholar at the Clayman Institute for Gender Research at Stanford University. She lived in Palo Alto, California, with her husband, psychiatrist and author Irvin D. Yalom.

“In Innocent Witnesses, history and memory waltz in step and strain and part. Marilyn Yalom displays her talent for bringing together stories remembered, filtered by the innocence of childhood. She brilliantly draws us into the lives of these ordinary children living in an extraordinary time.” —Heather Morris, author of The Tattooist of Auschwitz

“World War II spawned tales of horror as well as heroics. The memories of war captured in Innocent Witnesses are bathed in the guileless luminosity of childhood. They will be among the last from those who lived it. These invariably touching tales offer poignant perspective on the twentieth century’s most cataclysmic event.”—David M. Kennedy, author of Freedom From Fear: The American People in Depression and War, 1929-1945

“Marilyn Yalom’s Innocent Witnesses offers a fresh, meaningful perspective on war trauma among children. Yalom’s wise and sensitive framing brings the accounts of child survivors into vivid focus. She has not only made another meaningful historical and literary contribution, but assembled a book that is beautiful and haunting to read.” —Alexandra Zapruder, author of Salvaged Pages: Young Writers’ Diaries of the Holocaust

“In a feat of history-making, Marilyn Yalom convinced her friends, all children during World War II, to tell their stories. In Innocent Witnesses, they recall their childhoods in war with heartbreaking clarity. It is vital that we hear from those who were able to survive such trauma, and go on to live long creative lives.”—Maxine Hong Kingston, author of The Woman Warrior: Memoirs of a Girlhood among Ghosts

“The experiences of these children, so sensitively portrayed, offer more than just insight into the tragic wartime history that determined their lives. Their stories serve as a mirror in which we must confront ourselves and the pain we are capable of inflicting on others. Innocent Witnesses compels us all to think about who we are and, most importantly, who we want to be.” —Ronald Leopold, Executive Director, Anne Frank House

“A life-repairing act of literary generosity, collecting and connecting diverse experiences into a narrative that is, in this particular moment in history, as necessary as it is inspiring.” —Meg Waite Clayton, author of The Last Train to London

“An ever timely account of the traumas that conflict imposes upon children and how they reverberate through time.” —Kirkus Reviews

1. The subjects in this book belong to a generation of people who were children during World War II. What big world events occurred during your childhood? Do you have strong memories associated with those events?

2. In Chapter 1, Marilyn Yalom shares her teachers’ notes from report cards on her behavior and conduct in class. How do her their reports change over time, and why?

3. Throughout the book, many of the subjects write about a common childhood memory: an abrupt change in living arrangements. How did they cope with having to relocate? As a child, did your family ever have to relocate? What was that experience like?

4. Chapter 4 tells the remarkable story of Winfried Weiss’ experience growing up in Nazi Germany. How is his childhood similar to those of the children in this book who grew up in countries on the Allied side?

5. In Chapter 5, in what ways does Stina Katchadourian demonstrate humor and creativity to cope with the ordeal of her family’s constant displacement?

6. In Chapter 7, Robert Berger, a cardiac and pulmonary surgeon, makes the discovery, “It’s only in recent years that I connected my passion for risk with my past.” What do you think he meant by this?

7. In Chapter 8, Marilyn writes that a friend remarked that she should “question the veracity of childhood memories narrative thirty to seventy years after the end of World War II.” Do you agree or disagree with Marilyn’s friend?

8. In the present day, the coronavirus pandemic will have impacted the lives of many children. How do you think their experiences will affect their adulthoods? Are there any parallels between the children in this book and children of today?