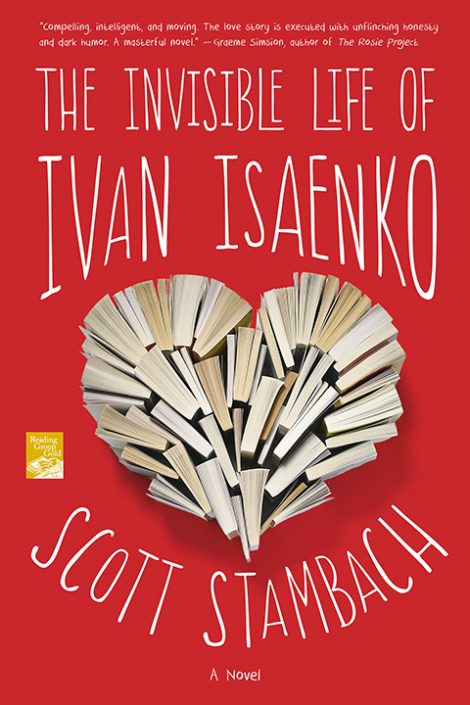 THE INVISIBLE LIFE OF IVAN ISAENKO

In The Invisible Life of Ivan Isaenko, Scott Stambach presents a hilarious, heart-wrenching, and powerful debut novel about an orphaned boy who finds love and hope in a Russian hospital.

Seventeen-year-old Ivan Isaenko is a lifelong resident of the Mazyr Hospital for Gravely Ill Children in Belarus. Born deformed yet mentally keen with a frighteningly sharp wit, strong intellect, and a voracious appetite for books, Ivan is forced to interact with the world through the vivid prism of his mind. For the most part, every day is exactly the same for Ivan, which is why he turns everything into a game,

In The Invisible Life of Ivan Isaenko, Scott Stambach presents a hilarious, heart-wrenching, and powerful debut novel about an orphaned boy who finds love and hope in a Russian hospital.

Seventeen-year-old Ivan Isaenko is a lifelong resident of the Mazyr Hospital for Gravely Ill Children in Belarus. Born deformed yet mentally keen with a frighteningly sharp wit, strong intellect, and a voracious appetite for books, Ivan is forced to interact with the world through the vivid prism of his mind. For the most part, every day is exactly the same for Ivan, which is why he turns everything into a game, manipulating people and events around him for his own amusement. That is, until a new resident named Polina arrives at the hospital. At first Ivan resents Polina. She steals his books. She challenges his routine. The nurses like her. She is exquisite.  But soon he cannot help being drawn to her and the two forge a romance that is tenuous and beautiful and everything they never dared dream of. Before, he survived by being utterly detached from things and people. Now Ivan wants something more: Ivan wants Polina to live. 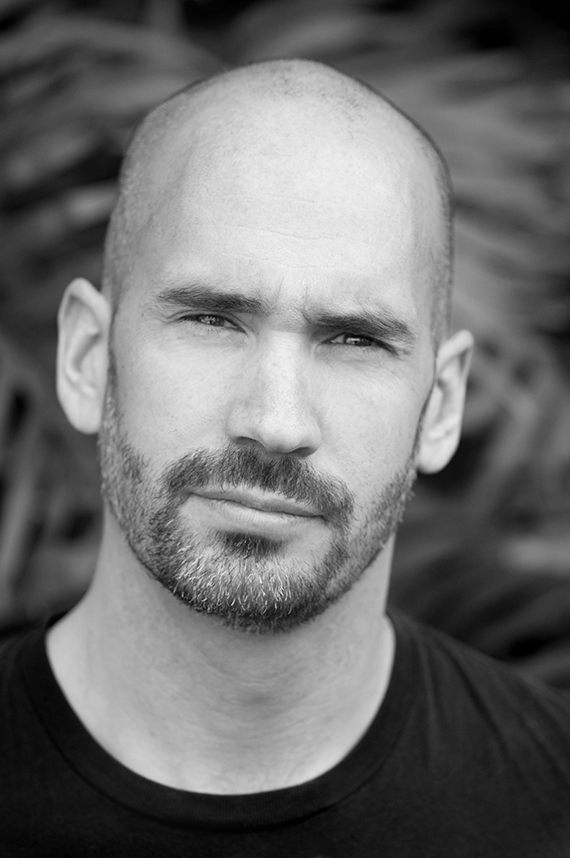 Scott Stambach lives in San Diego, where he teaches physics and astronomy. He also collaborates with Science for Monks, a group of educators and monastics working to establish science programs in Tibetan Buddhist Monasteries throughout India. He has written about his experiences working with the monks of Sera Je College monastery and has published short fiction in several literary journals, including Eclectica, Stirring, and Convergence.

“Compelling, intelligent and moving. The love story is executed with unflinching honesty and dark humor. A masterful novel. ”—Graeme Simsion, author of The Rosie Project

“The Invisible Life of Ivan Isaenko is comic and staggeringly tragic, often both in a single sentence… Ivan Isaenko is one of the most surprising narrators I have encountered—witty, adolescent, well-read, at times quite vulgar, and confined to a life that seems nearly unlivable, until he discovers that even at Mazyr Hospital, love is possible. A grittier, Eastern European, more grown-up The Fault in Our Stars.”—Eowyn Ivey, author of The Snow Child

“An extraordinarily brave and original debut. Ivan is an unforgettable narrator, and his story ripples with intelligence, humor, heartbreak, and humanity.”–Carolina De Robertis, author of The Gods of Tango

1. Ivan lives a very detached and carefully managed existence. He does this so he doesn’t have to feel too much or worry about any surprises. What is it about Polina or his relationship with her that is able to change his most entrenched habits?

2. Many of the themes of this book have to do with our heart’s deepest values, those things that bring purpose and meaning to life and define how we want to be in the world. What are the core values that help guide your life?

4. Ivan seems annoyed that Riddick is able to cure the hearthole children while the rest of the patients are left hanging in the breeze. He even quotes his hero Nabokov: “the world needs happy endings no matter how unethical.” Why does Ivan use this quote?

5. At the end of the day, what can we learn about our world—and ourselves—from Ivan’s story?

PART ONE: The Count Up

It is the second day of December.

I. The Anesthetization of Ivan Isaenko

Currently, I’m drunk from three capfuls of vodka on a three-day-empty stomach. I have Nurse Natalya to thank for this. She is the only one who knows what I’ve lost. She is the closest thing I’ve ever had to a mother, and I know she thinks of me as a son. Like any good mother, she watches over me. For the last two days, she’s checked on me every fifteen minutes. She checked on me seven times tonight, and every time I was wide awake. On the eighth time, she discreetly entered my room with a bottle of Stoli.

She poured a capful into my mouth, and I coughed and heaved. As she pulled away, I grabbed her arm and asked for another. Hesitantly, she produced another capful and emptied it down my throat.

She glanced at me menacingly as if to terrify me from asking again, but nevertheless sympathetically poured one last capful down my throat. Now I feel right. It’s not enough to get me to sleep, but it is enough to help me write.

I’m seventeen years old, approximately male, and I live in an asylum for mutant children. I first learned of the name of this hospital—the Mazyr Hospital for Gravely Ill Children—from spying on random documents lying around the Main Room, but I wouldn’t be able to find it on a map if you asked me. I only know it is somewhere in southern Belarus in a city that is most likely called Mazyr.

I’ve never met my parents, but as far as I know, when I squirmed out of my mother’s nether parts, she took one look at the abomination that had been cooking inside of her and dropped it onto the doorstep of the nearest church in fear that she had fallen victim to the Soviet curse that she had heard so much about on the radio. Incidentally, this was the same curse that resulted in the random explosions of horse thyroids and in Eastern European fauna enduring more hair loss than Gorbachev.

I, for one, am hideous, and consequently, I’ve developed a crippling phobia of reflective surfaces (and anything else that reminds me of what I look like). But I will bravely face this fact for the sake of my story and describe to you what nature dealt me. My body is horribly incomplete. I only have one arm (my left), and the hand attached to the end of it is deficient in digits (I have two fingers and a thumb). The rest of my appendages are short, asymmetrical nubs that wiggle with fantastic effort. My skin is nearly transparent, revealing the intricate tapestry of my underutilized veins. The muscles in my face are only loosely connected to my brain, resulting in a droopy, flat affect, which makes me look like an idiot, especially when I talk. Of all my privations, this one has come as an advantage, since it helps me to feign a comatose state, which has allowed me to remain largely undisturbed by my doctors and peers whenever I’m uninterested in interaction (which is most of the time). Mostly, I choose to leave the hell of my surroundings in favor of the slightly more palatable hell of my mind. At least there I can create fantasies of the lives I’d rather have lived, such as King Leonidas, the Dalai Lama, Miles Davis, Oskar Schindler, Wilt Chamberlain, astrophysicist Carl Sagan, Larry Flynt (pre-wheelchair), any Russian who’s ever written a book, and Confucius, to name just a few.