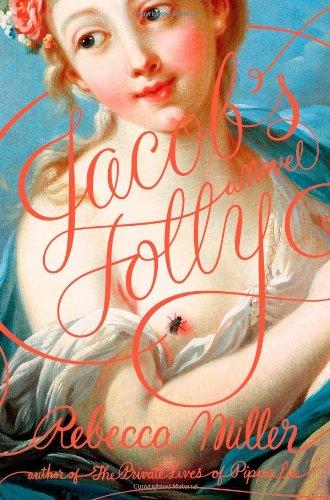 In eighteenth-century Paris, Jacob Cerf is a Jew, a peddler of knives, saltcellars, and snuffboxes. Despite a disastrous teenage marriage, he is determined to raise himself up in life, by whatever means he can. More than two hundred years later, Jacob is amazed to find himself reincarnated as a ﬂy in the Long Island suburbs of twenty-first-century America,

In eighteenth-century Paris, Jacob Cerf is a Jew, a peddler of knives, saltcellars, and snuffboxes. Despite a disastrous teenage marriage, he is determined to raise himself up in life, by whatever means he can. More than two hundred years later, Jacob is amazed to find himself reincarnated as a ﬂy in the Long Island suburbs of twenty-first-century America, his new life twisted in ways he could never have imagined. But even the tiniest of insects can influence the turning of the world, and thanks to his arrival, the lives of a reliable volunteer fireman and a young Orthodox Jewish woman nursing a secret ambition will never be the same.

Through the unique lens of Jacob’s consciousness, Rebecca Miller explores change in all its different guises—personal, spiritual, literal. The hold of the past on the present, the power of private hopes and dreams, the collision of fate and free will: Miller’s world—which is our own, transfigured by her clear gaze and by her sharp, surprising wit—comes brilliantly to life in the pages of this profoundly original novel.

Rebecca Miller is the author of the short-story collection Personal Velocity, her feature-film adaptation of which won the Grand Jury Prize at Sundance, and The Private Lives of Pippa Lee (FSG, 2008), which she also adapted for the screen. Her other films include Angela and The Ballad of Jack and Rose. She lives in New York and Ireland with her family.

“Marvelous, deep, rich, sexy, transgressive, terrifying, tough, and very, very funny—a great ingathering as multifaceted as a gem, or the eye of a fly!”—Tony Kushner, Pulitzer Prize-winning playwright of Angels in America

“Scads of narrative threads are sewn together with impressive and often lovely wordplay to form a vast historical fabric of Jacob’s Jewish family. Miller . . . is so clever when dwelling in the mind and body of that insect that the reader is rarely exasperated. An unusual and absorbing read.”—Publishers Weekly

Discuss Jacob’s storytelling style. How does he create a tragicomic tone? Which passages moved you the most? When did you find yourself laughing inappropriately?

Jacob and Masha face difficult decisions about whether to follow religious tradition. Do their family legacies empower them or hinder them? Would you have turned down Monsieur le Comte’s job offer? Would you have said yes to eli’s marriage proposal?

Discuss Hodel’s transformation. In the novel, is sexuality something to be savored, or does it spell doom?

How does Leslie relate to his older sister? Does Masha have much in common with Deirdre and the other women in Leslie’s life? What makes him well suited to his job as a rescuer?

Visiting from Poland, Gimpel claims that Jacob has become too much like the french. What does it cost Jacob to assimilate, leaving behind even his name? What does it cost Gimpel to be himself? By the end of Jacob’s life in france, has he abandoned or discovered his true self?

What do Masha’s roles onstage, which place her in a world that is so different from her own, mean to her? What role does she have to play in her negotiations with Nevsky? How does Jacob’s skill as an actor in daily life prepare him for a career onstage?

Ultimately, does Hugh lead Masha to a better life, “healing” her in a way? What was at the heart of Pearl’s fears?

What historical details did you discover about eighteenth-century france by reading Jacob’s tale? How does his anti-Semitic world compare to Masha’s New York?

What does Antonia’s story illuminate about class, leverage, and survival as Jacob tries to find security?

Shortly after Jacob’s awkward Good friday experience, the count says that he is naming the pyramid “Jacob’s folly” to commemorate the Jews’ liberation from Egypt and one of their heroes. Discuss the many ironies of the building’s name (and the novel’s title).

In chapter 42, Max’s story serves as a bridge between the old World and the United States. Is this a novel in which history repeats itself, or do the characters become masters of reinvention?

What do you predict for Jacob? Will his final prayer be answered? How have his experiences affected his relationship with God?

Discuss the book in comparison to Rebecca Miller’s previous novel, The Private Lives of Pippa Lee. Do Pippa, Masha, and Jacob speak to any common themes about fate and risk?

If you could be a fly on the wall of a family three hundred years from now, what would you hope to see? What type of family would you want to set up housekeeping with?