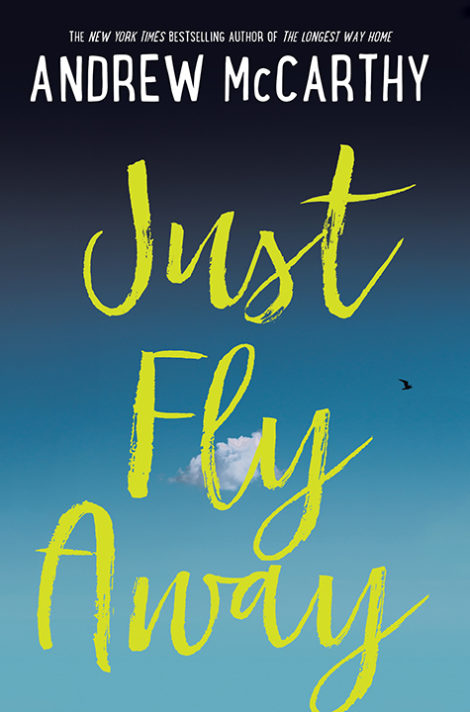 A debut novel about one girl’s discovery of family secrets, first love, the limits of forgiveness, and finding one’s way in the world by the bestselling memoirist, actor, and director.

When fifteen-year-old Lucy Willows discovers that her father has a child from a brief affair, she begins to question everything she thinks she knows about her life. Worse, Lucy’s father’s secret is now her own, one that isolates her from her friends, family—even her boyfriend, Simon. When Lucy runs away to Maine to visit her mysteriously estranged grandfather, she finally begins to get to the bottom of her family’s secrets and lies.

A debut novel about one girl’s discovery of family secrets, first love, the limits of forgiveness, and finding one’s way in the world by the bestselling memoirist, actor, and director.

When fifteen-year-old Lucy Willows discovers that her father has a child from a brief affair, she begins to question everything she thinks she knows about her life. Worse, Lucy’s father’s secret is now her own, one that isolates her from her friends, family—even her boyfriend, Simon. When Lucy runs away to Maine to visit her mysteriously estranged grandfather, she finally begins to get to the bottom of her family’s secrets and lies. 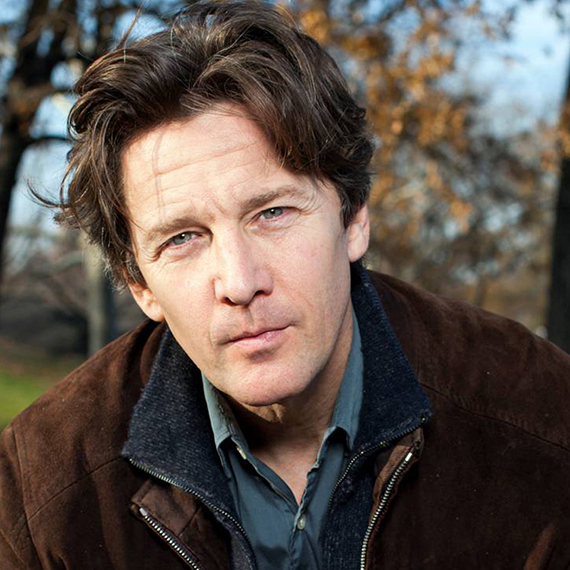 Andrew McCarthy is the author of the New York Times bestselling travel memoir, The Longest Way Home. He is an editor at large at National Geographic Traveler magazine. He is also an actor and director. He lives in New York City with his wife, three children, two fish, and one dog. Just Fly Away is his first novel.

“McCarthy sensitively explores the difficult process of learning to accept loved ones despite their shortcomings.”—Publishers Weekly

“I loved this book so much. Andrew McCarthy has given us a gorgeous, quiet story full of big ideas and some difficult subjects. His brilliant presentation, along with the nuanced cast of characters, carries you along beautifully and leaves you better for having read it.”—Laura Donohoe, Spellbound Children’s Bookshop

1. Lucy’s Dad drinks from a palm tree mug that he made when he and Lucy attended a pottery class. In a couple of different chapters, the mug becomes significant. In your opinion, what does the palm tree mug represent?

2. Lucy says she can’t really deal with her mother after she learns about her father’s affair. She wonders, “How could she have stayed with him after what he did to her? We should have moved out when it happened . . . We might not have our family, but I’d at least still have some respect for her?” What’s your opinion of Lucy’s reaction to her mother’s decision? Is Lucy’s response rational or emotional or a combination of both? If you were in this situation, how would you respond?

4. What does the title “Just Fly Away” mean in the broad context of the whole story?

5. When Lucy is at the train station, the conductor asks “Going to New York, young lady?” Although she wasn’t, she says “Oh, yes” and boards the train. Why do you think Lucy acts so spontaneously? Have you ever done something so impulsive?

6. Why does Lucy decide to go to Maine to visit her grandfather, whom she has only met once?

8. In Chapter 21, Simon tells Lucy about throwing a boomerang with Thomas. In what ways is the boomerang motif — in which something flies away and returns to its starting point — relevant to the different characters in this story?

9. How do the secrets revealed in Lucy’s family change the relationships between members? In general, should you reveal a secret to a loved one if the consequences might be ugly?

10. In Chapter 24, after Lucy’s grandpa dies she thinks to herself: “I missed my grandfather. I suppose that’s a strange thing to say, since I met him twice, and only for a few days. I prefer to think I knew him briefly, but well.” Is that really possible? Have you ever had a similar experience with someone?

I suppose if I thought about it I would have to say that I had a premonition when we were down the shore that something bad was going to happen. That’s not as bizarre as it might sound. I get these feelings sometimes. They come at strange moments.

A couple of times a year the whole family piles into the car and we cruise down the Parkway to go to the boardwalk on the shore and play a little Skee-Ball and take a spin on the Tilt-A-Whirl—stuff like that. If it’s late enough in the summer we go swimming. The day is always a guaranteed crowd-pleaser.

“I just love breathing in that sea air,” my mother must say five or six times every visit. My sister, Julie, is very good at that pop-the-balloons-with-the-darts game, and my dad is generally pretty jolly and outgoing. This time it only took him until we were walking away from Steaks Unlimited to bring up his famous/infamous Jersey shore story.

“At the Pizza Pub!” Julie blared out.

“You only told us fifty times, Dad,” I said.

“We love when you remind us of that, darling,” my mom said. Then she paused for a large bite of her sandwich. “Every time.”

“All right, all right,” my dad groaned. Frankly, there really wasn’t much more to the story than that.

Everyone was strolling down the boardwalk scarfing various greasy goodies—I was eating those famous cheese balls, Julie and my dad were splitting a Philly cheesesteak. And my mom was having one of the famous sausage sandwiches—down the shore is the only time I ever see my mother eat what she would normally call “crap.”

Julie then spied an arcade that had one of those machines with the silver claw that drops down and tries to pick things up. She spent considerable financial resources going after this ridiculous-looking hat. She came close a few times.

Later, when she and I came back from a double go on that spinning swing ride—which I’ll admit is very childish but sort of a tradition of ours—my dad was standing in the sun waiting with that hat in his hand, beaming with pride.

“It only took him ten tries,” my mom said. She put her arm around his waist.

“Hey!” His voice sounded all fake offended. “It was only nine.”

He handed Julie the hat, then held something out toward me. “And I thought you might like this, young lady.”

It was a small furry thing, an inch or two long, attached to a little chain.

“You don’t know what this is?” my father said. He shook his head sadly—my dad was really a very bad actor. “You have led a very sheltered life—we have got to get to the shore more often. This is a lucky rabbit’s foot. I won it for you at that pound-the-frog game.”

“It doesn’t do anything. You put it in your pocket and carry it around and it brings you good luck.”

I actually liked the idea a lot and went to put it in my pocket.

My hand froze. “Is it from a real rabbit?” I asked.

“Of course not, Lucy,” my mother said.

I stuffed it in my jeans.

Shortly after that, I had my weird premonition. I was standing with Julie, waiting for her to buy cotton candy—the appeal of which I have never understood. I looked over at my mom and dad, who were nearby, leaning against the boardwalk railing and looking out at the ocean, still a murky greenish gray this early in the year, when I got an uneasy sort of feeling.

After what seemed like a few minutes, but was probably only a few seconds, the feeling went away. By the second time we rode the Pirates Plunge, I had forgotten all about it. The day wore on. We looked at the weirdos shuffling down the boardwalk, we played too many arcade games, and late in the afternoon we walked on the beach and put our feet in the freezing water. When the sun started to sink over Buffies Baby Burgers, we headed north.

As usual, my dad inflicted his classic rock radio station on us all, which, I have to admit, plays some catchy tunes, but only if cranked up to an extremely high volume. And so, as the sky grew dark and the exits flew by, the entire car belted out a song about a small-town girl and the smell of wine and cheap perfume and something that went on and on and on and on, and then another one about tramps with hot cars that were born to run.

If I’m to speak truthfully, this happy little tale of family bliss was not entirely uncommon; we generally had a good time together—but this was to be the last one. The last one B.T.—Before Thomas. Before Julie and I found out our father had been lying to us for more or less our entire lives.

That happened the next day.